The world has always been filled with rich people. Same goes for the poor people. But once the gap between the two became bizarrely huge in one of the most important countries in the world, the balance of peace fell. Starting with an election of the wrong president for the times, people began to protest. Most of them teenagers, they took it upon themselves to revolt against the rich people, blaming their problems on them. Some were correct while others really were not. As the number of protesters and rioters became huge, many of the rich went into hiding. Many communities collapsed, and some people gave up on currency (they find that it's quite a useful kindling). Gangs were formed, help groups were formed, and lone drifters became common. Violence still floods the streets and killing someone really doesn't mean much unless you think about it too much. Many cities and other places have been looted, but gems still exist. Some places have become ghost towns and cars aren't run often in case of emergency by those who have one.
The world went downhill fast in a short amount of time, and now have to survive with what exists now.
Last edited by a moderator: May 9, 2016
K 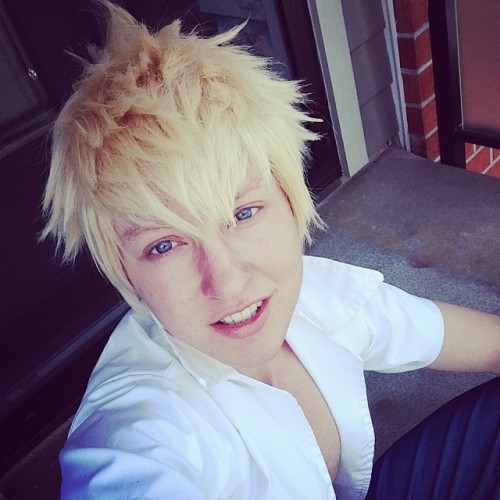 Personality: depends. He's normally bright and positive, but not too energetic. He can be serious when he needs and actually cares compared to most people. He is surprisingly dangerous and strong. He is easily forgiving though.
What do they do?: more of a drifter, occasionally stops to help people along the way
Weapon?: normally carries a knife in his boots and a gun at his hip.
What they carry: a bag that can hold most everything. Probably the reason Sol is strong.
Are they on a side?: no, not really.
History: was orphaned at a young age, but adopted by an older woman who had a decent amount of cash in the bank. Even so, they lived a modest life. When he was between 8-12 when the riots had started. The old woman had gone out of the house to get groceries. Not even on the main roads, a car with a teenager who felt that life had cheated him (when he really just played his cards wrong all along) rammed into the old woman's. The teen used homemade explosives to guarantee total damage. Sol had heard the crashing, and when he found out the situation, he knew he was next. He quickly packed up and left. He drifted for a while, hating the revolters. Until he met the people who were actually the ones who should have been revolting. He found they mostly were nice people in his eyes so he went with it.
Show hidden low quality content