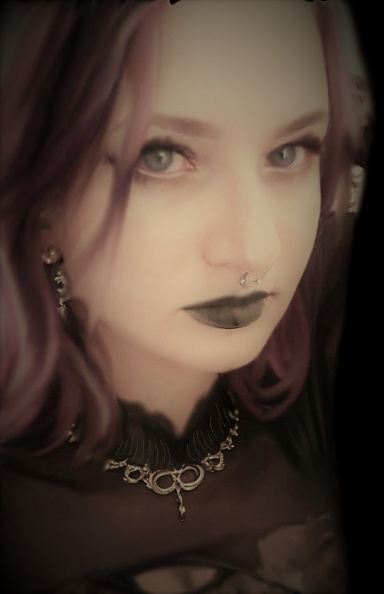 Street lamps flickered on as the sun began to crawl behind the mountains. Shops closed up for the night, but this was only the beginning. Neon signs hummed as they lit up the darkness with their bright colors, beckoning to the night life of the world. Cars zipped down the streets, filling the air with the sounds of tires screeching, honking, engines roaring to life. Shop owners tossed their work attire and changed into more casual fun going clothes and wandered down the streets to the local bars and clubs.
The most popular of these clubs already had a line going around the block, a variety of men and women huddled together to shield out the chilly night air. Inside, music poured out from the speakers, enveloping the room with a lively beat as lights danced across the walls, floors, and people who danced. The bar, settled along one side of the building, was filled with people as well. Some who had been there for hours already were drunk, loud, and singing terribly with the music. Others, the younger crowd, sat in the stools ordering their drinks and sipping them slowly, making small talk with other patrons. But one woman sat alone at a table, in one hand she held a clear bottle filled with a bright pink liquid. Slowly, she brought it to her lips, taking a slow drink before placing it back on the table.
The woman was attractive in a subtle way. She was of average height, slender, but toned and curvy. Her auburn hair fell down her back in loose curls, her lips were full and painted a dark red. Going up, she had bright green eyes. Eyes that sparkled like gems when the lights skimmed across her face as she scanned the room, observing in silence. Dressed in a pair of jeans with chains wrapped around her waist, black boots, and a corset styled top, she blended in with the young looking crowd of the place, the ones dancing and conversing.
After some time, she looked down at the now empty bottle in her hand, pouted, then got to her feet and walked over to the bar, ignoring a few cat calls from the overly drunk men in the room. But, she couldn't help but leave them with a smile, one that barely tuned up the corners of her mouth. Reaching the bar, she leaned over a little, waving at one of the younger guys working. Smirking, he walked over. "And what can I get for you pretty lady?" he asked, drying off a glass before placing it on a rack of others.
Giving him her order for wine, she slipped into one of the stools up at the bar, resting her elbow on the counter, followed by her chin in her hand as she waited, twirling some of her hair around a finger as she glanced over her shoulder watching a few new people walking into the bar.

Another hour or so had passed, and still nothing exciting was happening, except one man standing alone. He seemed timid among the big crowds, and a thought crossed her mind. Sliding off the bar stool, wine bottle in hand, she danced her way across the room until she found herself next to this man. He smiled shyly at her, lifting his beer bottle in greeting. "How are you?" he asked, leaning over a little to be heard over the music, the faint smell of alcohol on his breath. He hadn't been drinking much at this point, which would make this even more enjoyable.
She smiled softly. "I'm doing just fine, a little bored though," she replied, sipping some more of her wine as she leaned back against the wall, looking out across the room. "Mind if we stepped outside, we could talk there and it's quieter."
The man nodded, downing the beer before tossing the empty bottle away. Turning, he followed her out the back door and into a dimly lit alleyway. Here, she turned around, and instantly had the man pinned up against the wall, even though he was nearly twice her size, she held him there like he was nothing. His eyes widened as he looked down at her, the angelic beautiful face turning into something wicked and dark as she smiled, her lips curling upwards as long ivory fangs were revealed.
"What the hell," the man sputtered, struggling against her hands, but no use.
"Shhh," she whispered, pulling him closer now, her lips just above his skin at his neck. "No need to struggle, it won't hurt too much."
She slowly took in a long deep breath through her noise, the scent of his blood and aftershave almost intoxicating. She brought her mouth to his neck, kissing softly, feeling him relax in her hands. Closing her mouth over his skin, she could feel her fangs pierce through the flesh, the faint popping sound of a vein bursting open, and the warm, slightly metallic liquid pouring into her mouth.
She could feel her body rejuvenated, warm and full of life again. What felt like eternity only passed in a matter of seconds before she stepped back from the man. His lifeless body fell to the ground with a thud, a small trickle of blood running down his face.
"Sorry," she said, kneeling next to him, brushing the hair from his face. Pulling a small vial out from a pocket, she opened it and placed a few drops of the glowing white liquid on the body. It decomposed the body quickly, turning it into nothing but a pile of ash carried away by a gentle breeze that blew in.
Turning away, she put the vial back in her pocket and stepped back inside of the club, greeted once more with the music and the over powering stench of body odor and alcohol.
Show hidden low quality content