The United States’ National Highway System is composed of more than 160,000 miles of highway within the country’s borders, with hundreds of thousands of other state and local roadways filling in between. Long, lonely stretches of road that seem to run for an eternity, where it is possible to drive for days without ever meeting another living soul. On these roads your car is your lifeline, your means of transport and safety that ferries you from where you were and where you want to be. Within it, you may feel secure, safe even.

On the back roads and highways of the USA, the long arm of the law finds it's reach straining. There is no civilisation out on these roads, only empty wilderness desperately held back in some locations by small towns, motels and rest-stops. The officers of the law who patrol these long, empty stretches of the world are few and far-between.

All it takes is a little fault. Maybe you forgot to stop for gas at the last station, and now your engine splutters and dies. Perhaps there's a fault with your engine, or one of your tyres decides to blow on you. Could be it wasn't a fault at all. But as you step out of your dying vehicle, its headlights the only source of light in the oppressive darkness of these midnight roads, you realise one thing. 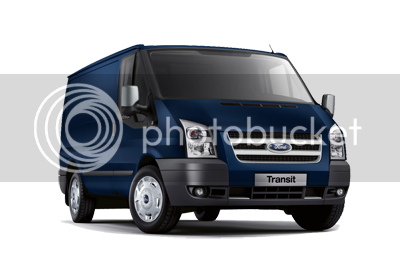 You are a traveller, moving through the lonely back roads of the United States. You have your reasons, the ones you tell your fellow travellers... and the ones you keep to yourself. Somehow, events have led you to be travelling in the van of Jonathan Wallace; maybe you hitched a lift, maybe you met him at a rest-stop and agreed to travel together for a time.

HTML:
The game will take place on SATURDAY 4TH JUNE, at 21:00UTC. Here is a time converter that you can use to figure out what time the game is at where you are, so you know if you can play.

THERE ARE FIVE OTHER SPACES IN THE CAR, and thus we can have up to five players in this game.

My Name is... Jonathan Wallace
And I am... a Journalist for a fairly obscure magazine, writing an article on travelling across the US
I am travelling to... the other side of the country, to "get the full picture of what travelling across the country is like" to quote the editor of the magazine.
The Reason I am travelling is... for the story I am writing. It's trash, but work is work I guess.
I am carrying... a briefcase, containing a Mac Notebook and charger (for when I can find power), a notebook and pen, and a sleeping bag. There's munchies in the glovebox of the van and a pair of flashlights. Hidden in the briefcase, I've also got a snub-nose revolver and a box of rounds; I know the roads can be dangerous sometimes, so I like to come prepared.

Anyway, I am going to try really hard to make it. If I don't, someone can take my spot. D:

My Name is... Susan Jenkins
And I am... WAS A Costumer Service call girl, but recently abandoned her job and her life...
I am traveling to... Traveling to meet her sister, but not saying where her sister is. (This is a lie. D:)
The Reason I am traveling is... Just a friendly family visit. Really. (She actually just left her boyfriend, whom she just found out was a criminal. A very bad criminal!)
I am carrying... One very big duffel bag containing; hastily shoved in clothes, cosmetics, an extra pair of shoes, two books, medications, and a suspicious [hidden]bag of money wrapped up in a paper bag and stuffed in an inner pocket. [Hidden] A BABY IN HER TUMTUM. 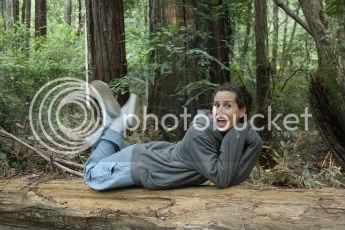 My Name is... Jannell Goguen.​

I am carrying... a single shoulder strap backpack. A diary of some sort planning out my events and passing bys. (HIDDEN.) My cell phone to call people that I've left at home; and my Ipod, to tone out the annoying people. ​

I plan on running plenty of Chat RPs over the summer, so hopefully you can make the next one.

TERRIBLE LOGGING SKILLS! But great game. :D Thanks boys. That Lifesaver Bottle kept me on pins and needles!
C