May I take your order? (A unique partner search) 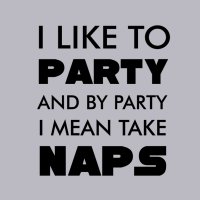 Welcome to the Drive-In
​
HI FRIENDS! Whispers here. It's been a while since I've done a 1x1 rp, and within the past few days I've frankly been hankering to start one.

Since I understand the multi-faceted nature of our lovely role playing community, I decided to take a different approach to the partner search. With all the many genre's and topics that are available to us writers, as well as the varied writing styles and preferences that we employ, it can easily become a chore to create an rp environment that will last/satisfy those participating.

Tired of posting a thread, only to spend days finding a committed partner?

Sick of spending days going through trial and error with your chosen partners, only to have many fall through and die out?

Well, have I got the solution for you!

In this rp search, I'm going to let you place your order on how you want to rp! I am completely open to all, and encourage new and exciting ideas. I only ask that you post in a certain framework:

Genre- Tell me any genre/genre's you would enjoy to play!
Pairings- Try to keep the list concise. :)
Plot- Any plot ideas you may have.
Writing- Typical post length.
Availability- How often you will be able to reply.

If I feel we would be a good match, I'll give your post a bucket of rainbows and pm you.
Look forward to it!!!

Hi there! Here's my profile!

Genre: SciFi, Horror, Drama, Action, Comedy, Anime, basic anything lol
Pairings: I do MalexFemale only
Plot: I have so many ideas but I'd like to discuss to narrow down if you know what I mean
Writing: I mostly write a paragraph. I try to write as much as I can.
Availability: I do this on my phone so I'm on a lot.

Genre(s): Modern, Modern Fantasy, Medieval, Horror, School Themes, Shapeshifters... I can do a whole lot, as long as it doesn't involve Sci-Fi. xD

Pairings: MxF, though I may be able to do FxF if convinced.

Plot: None at the moment, but I usually decide plots when I have a good pairing anyway.

Writing: It really depends on what's going on in the story. My minimum is 1 paragraph. Maybe 1 and a half.

Availability: As of now, it's a bit tough to get online, being on my phone. However, in 2-3 weeks, I will have my school laptop handy, so I will be on every day.

Genre- Fantasy, modern, historical, comical, horror, sci-fi, romance
Pairings- MxF at the moment, looking to branch out when an opportunity presents itself.
Plot- I'm a hopeless romantic so anything with gradual romance floats my boat. As well as action and adventure, twists of danger and drama. I have no particular plots in mind and enjoy coming up with original plots with my partners.
Writing- Depends. No less than 3 paragraphs per post but I have been known to write 11 paragraphs or around 4K words. I have a writing sample in my resume. :P
Availability- Daily (once a day or several times a day depending) unless life fights against me, at that point I'll let you know.
I

Genre- I generally stick with Modern, Historical or High Fantasy. I studied a bit of HEMA and Kenjutsu, and the idea of fighting with swords and magic has always intrigued me, so I guess fighting and action are among my favorites as well. I'm also interested in the supernatural, medicine, and adventure. I'm not that great with romance, mostly because I make a lot of socially awkward or weak-willed characters. I'm really, really bad at western and slice of life. I'm currently in a sci-fi roleplay on a different website and I'm enjoying it, but I haven't watched nor read much about sci-fi, so it's pretty new to me. Currently I'm watching a lot of One Piece, so the whole pirate thing doesn't sound too bad.

Pairings- If romance is involved, I only roleplay straight characters, so MxF. If you're talking about types of characters, I base that entirely on the plot.

Plot- I'll give you two as a taste:

1: A young boy is born into a wealthy family of famous scholars in the capitol city of a grand, but morally flawed empire. He is raised with the utmost care and precaution in order to align his views with the empire's. He is considered a savant due to the impressive speed at which he acquires information, and the diviners prophesy that he will bring forth a new era to the empire, the likes of which none have seen before. One day, however, a seemingly poor man from the outskirts of town assaults the house in which he lives and mortally wounds the young man with profane magic. The empire tries its very best to keep the young boy alive, but after trying everything that they can do, they declare that the profane curse has killed him, as his body is thoroughly and irreversibly dead. As is the tradition for wealthy families in the empire, the boy's body is cast to sea on a burning boat. The boat is entirely burnt, but the body of the boy wasn't. The poor man cursed the boy with permanent animation. Now the boy, entirely unable to end his own life, must discover the cause of his unlife as well as the meaning behind the poor man's actions.

2: In busy cities, such as the one in which a young girl lives, there are occasional witnesses to supernatural phenomenon. Due to the mental state of these witnesses, such supernatural phenomenon are generally written off as hallucinations. One day, as the young girl walks home alongside her mother, a large, fiery explosion erupts nearby and two men sprint past her, one of whom is on fire, the other of whom has vapor trails of steam rising from his clothes. The girl is forbidden by her parents from investigating any further, and for years, she doesn't, mostly due to a decrease in the frequency of the occurrence of such situations. However, in her first year of high school, she is certain that the flaming guy from the alley is back - as her science teacher. Soon enough, one of her classmates pull her aside after school and ask if she recognizes the teacher from anywhere. After a brief conversation, they decide that the teacher is too closely related to the witness incidents, and they decide to work together to find out the truth behind the incidents.

Availability- Once school starts, I could feasibly get out a bunch of replies each weekend. I'm generally too busy with homework during the week, but if my teachers allow me to procrastinate, by golly, I'll do it! Generally, you can expect [at the very least] one post biweekly. Still, that depends on more than just my availability...the more I can chat with my partners, the faster the replies get out...

Can I have a Voss water now? Please? Pretty please? Or could I just visit your freezer for a few minutes? Or both? Both would be pretty cool...
Reactions: Bullshovic Donkeykick

Yes Icicle, here is your much deserved and thoroughly chilled voss, along with a complimentary bucket of rainbows. On the house. *hands to you with a sunny smile*

I'm interested in the second plot line you described. As for all the rest, it can be expounded upon further within the comfort of a PM. Send me one, as soon as you iz able! I await your reply with many a squee in the meantime. :)

P.s. I am the small standard cute frosting pink font, and I just wanted to make a random appearance to apologize for all that big, bold white font up there. I shall slap the one who thought that employing such an eyesore in their writing was a good idea. Cheers! *poofs* 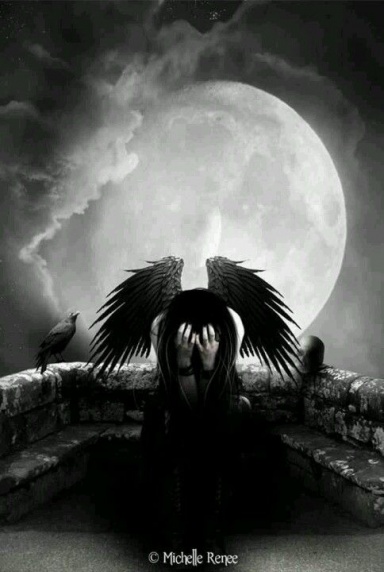 Genre- modern, historical, comical, horror, sci-fi, romance
Pairings- MxF
Plot- Character A is an ex marine sniper who had a lot of trust issues. He is also very violent when he keeps all his feelings suppressed for too long. His father left his mother when he was eight years old. He was left to pick up the pieces of his mother's heart and take care of his little brother. Now his father has returned and his trying to get in touch with him. His father is a billionaire and has agreed that if A comes to meet with him every week for an hour then he will deposit money into his account. Of course A says no until his mother is diagnosed with breast cancer and cant afford the surgery. He begins to see his father to get money to help his mom.

Character B works as a secretary for the lawyer who is helping A make sure he doesn't lose money or get taken advantage of. B is working her way through school to be a doctor and meets A through his weekly visits. A is constantly asking her out, but she says no because she wants to focus on school. One day she finally says yes and their relationship grows from there. B takes a letter to A's father one day and he convinces her that if she can get his son to visit him then he will pay for her school tuition. B begins to get close to A until she really falls for him. Then she had to find a way to keep his father from telling him what she did.

I'm also craving a rp about a prince who comes to america to see if he can find the love of his life. He finds a girl and quickly falls for her. Though he hides his true identity to her.

Writing- I mostly do 1 or more paragraphs.
Availability- pretty much everyday unless something comes up.
Show hidden low quality content