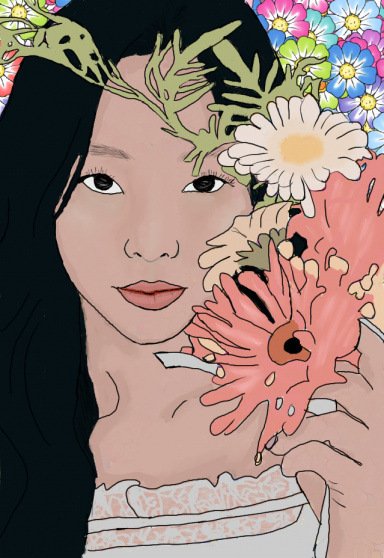 So as the title says, I am looking for a partner or two for a M/M roleplay. After a month or so break I finally am back. For the most part that is. Just to get this out of the way now, I may reply fast or slow. It all depends on my mood and what my plans are for the day.


To get the rules out of the way I will list them below.​


1. I don't have a writing minimum or maximum. Some days I can write a few paragraphs and other's just one. I would say the max I am comfortable with and can get quicker replies out is three but I am always willing to try more. I may not have a minimum but one liners are not preferred. If you give me a one liner make it the best one liner you can because I can lose interest and the roleplay may not progress. I will only do one liners if the characters are just in a conversation and it is quick.

2. Have decent grammar and spelling. We all make mistakes so I don't expect you to write flawlessly. Basically if I understand your post then we are A okay. But if u typ lik diz, I will probably hit you with a shovel. I rarely use text talk in my texts as is.

3. If you lose interest please tell me. I always try to call it quits when I know I can't go on. We are all adults here, I hope, lying about your age is a big no no. Also if you want to take a break that is also fine.

4. I am fine with doing multiple roleplays with someone. I currently have 4 1x1's with someone in was in three groups with them. So if you find you like a few of my pairings or plots and can't decide, we can always try them all out.

5. I do not do shota or anything under the age of 16. It just feels odd to me now that I am older. So the minimum age for all character is 16. Speaking of age. The character must look their age. I don't want to see a 20 year old that looks like an 8 year old.

6. I prefer to play switch because some days I am in the mood to be the top, others the bottom. Only some plots or pairings will I prefer to be specifically top or bottom.

7. I really don't do the whole feminine thing often. I don't mind feminine guys but if I question if they are male or female then it's a no.

8. As for pictures. I like anime and real pics. I am just a picky guy so for some plots I prefer real pics, others anime. If I want a specific type I will say so at the end of the plot.​


I believe that is all I can think of for the rules.
​
As for what kind of roleplays I like, it literally is anything and everything. I prefer more dark themed but I can do sunshine and rainbows or slice of life roleplays. I also love supernatural or fantasy type roleplays. As for my kinks, well that shit is pretty much a lot so my no go's are scat, vomits, vore and crossdressing. Anything else is pretty much fine by me but if you think you need to ask before we begin just let me know and I will tell you if I am fine with said kink.

I would make a list of pairings I like but well like my kinks I have a lot. So if you have a pairing in mind let me know and I will tell you if I will roleplay said pairing.

Now to plots and that should be all.
​
Daddy Dearest
Character A has grown up with a happy healthy life thanks to his father. It was and is just the two of them. His 18th birthday is soon and he is getting ready to apply for colleges. Character B is supportive and always there for his son but he dares not tell the boy he actually kidnapped him. When Character A was around 2 he was taken while at the park and Character B raised him. He created lies to make his sons life seem normal. It is only until one school asks for a birth certificate. Character A looks through his father's things to try to find it and comes across a newspaper clipping of a missing boy. Confused he asks his father if he had any other kids which the man denies. He looks on the internet to get the full story and wonders why his father has this newspaper clipping. Soon things began to click and he wonders if he is actually the boy. This is when Character B began to get more hostile and protective trying to keep his son, which he has more feelings for than a father should. Will the man's past come out and will his son stay or go? (I would prefer real pics for this roleplay. I can play either the son or dad. The father's age being young, around 36.)

Body Builder
Character A is a hopeless romantic. All he really wants is a lover and companion for the rest of his life. He is different than most of the people in his town, being a science type of guy while the rest are country bumpkins. One day he had finally had enough he inspiration from Frankenstein has made him want to build his own man. He gather's all the parts to make the perfect boyfriend and successfully brings the creature to life. Character B comes to life perfectly fine. He can still speak and think. Scars line his body where the parts connect and he wonder's why this man has brought him back. His past is fuzzy but he remembers nothing. Though he does know he is not into men. Will they end up together or will this "monster" find him someone else? (I figured the creator is young, around 20 or so and the "creature" is a bit older physically.)

The Fox and the Hound
Character A is a Kitsune known to be a trickster. He goes around the city causing mischief among the people. Character B is a werewolf who despises living among the humans. One day his apartment complex gets visited by the fox. Immediately he picks up on the scent and wonder's out to see the fox being mischievous. Neither knows how to react and whether this is a good thing or bad that another supernatural lives in the area. (This can go so many directions. Maybe they become rivals, friends or lovers. Maybe the wolf helps the fox or the fox follows the wolf and tries to prank him often. Maybe other supernaturals get involves or clans fight. This one is pretty open to ideas.)​
P

If you are still looking for a partner I'm interested in Daddy Dearest playing as the son.

Sure, I will send you a pm tomorrow so we can talk about it further. For now I am heading to bed. Thank you for the interest :)
S

You willing to try out the Body Builder one with me?
I think it's a pretty interesting idea actually. o-o

Sure. I'm going to send you a pm. :)
Reactions: Stitches