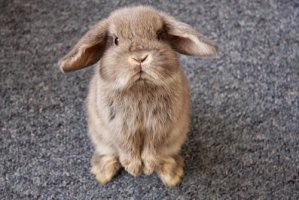 so nice of you to click this thread. i do hope you stay till the end.

Since everyone is sharing info with each other I'll share a bit of myself. As you can all see I have long ears and a white fluffy tail. No, I will not be playing a furry nor wish too at this time but I might in the future so keep your chin up. I live in the middle of nowhere with too much time on my hands. The more open you are with me the more open I will be with you. I enjoy getting to know my roleplay partner and not just through roleplaying but chatting through PMs about mindless things. Future goals, favorite cartoon, any pets running around where you live. I am an animal lover that much I will tell you but it might just be because I'm a rabbit.

Things enjoy popping up unexpectedly for me so I ask that you be patient with my replies. I can write anywhere from two paragraphs to twenty and it all depends on what you give me and how much time you give me. If you rush me my replies will be shit and that's a promise I can keep. If you give me time and we get to know each other I assure you my replies will be very quick and thought out because that's where most of my muse comes from. I expect your replies to be on point and not going on about chaos theory or how the universe was made. I don't want to read five paragraphs about gibberish just to get a paragraph of a decent reply. I love detail, inner thoughts and flashbacks as long as they pertain to the roleplay or your characters personality.

I have absolutely no limits. None. Think of the sickest thing ever and I'll do it or try it out with you if i haven't done it before. I have very little preferences but as of late it's getting extremely hard to find an interesting roleplay. The plots are all the same, which I don't mind too much, but the character development in all of them is killing me. There are too many light themes. Too many white characters as well so don't hesitate to make your character diverse.

[BCOLOR=#800000]This is the part where you decide if you want to stay or leave because I'm about to tell you what I'd like from you and why I made this partner request. What I want is rape, just hardcore rape. I want incest, fathers, mothers and older siblings molesting their daughters, sons or younger siblings and just warping and messing up their child. I want underage sex, a forbidden romance as in a thirteen year old getting with a thirty year old. Yes, a thirteen year old, male or female, I do not want a sixteen year old or anything that isn't thirteen because they're just not fun and EVERYONE is reluctant to go as low as thirteen. I want bestiality, when I say this I'm looking for more of animal shifters because playing pure animals are boring to me. No furries at this time but what I mean is werewolves and werecats with barbed and knotted cocks. I want major BDSM as in blood, scars and maybe even limb breaking or dislocating. I've never tried tentacles but it looks fun and I won't knock it till I try it. [/BCOLOR]

If you got through that then you're awesome and deserve a medal and I hope to hear from you soon. If you left then you aren't reading this so goodbye and happy partner hunting.

Le Plots
I didn't come to this gun show empty handed but I will tell you that I'm looking for only two partners at the most. I will not redo the same plot unless the person I'm doing the plot with leaves. [BCOLOR=#800000]I will do any roll male, female, cute ass bunny rabbit, you name it.[/BCOLOR]

[BCOLOR=#003300]TeacherxStudent[/BCOLOR]
[BCOLOR=#003300]A sixth grade teacher has a kink he's trying to kill but is having a hard time doing so. He spends his days doing what he loves but there's always a nagging feeling in the back of his mind he's never indulged because he fears the consequences. His guilty pleasure is minors. Although he's never tried anything it doesn't stop his imagination from wandering to places it shouldn't. All is well until something happens that causes him and one of his students to engage in sexual intercourse. [/BCOLOR]
[BCOLOR=#003300]I don't want to give to many details because I would like to leave room for plotting but anything could happen. You could be the teacher or I can, it doesn't matter. Rape could happen or maybe something that's the consequence of him or the minor not being human. Whatever happens we could chat about it. I have many ideas though as stated above the age must be thirteen for the minor. The teacher can be anything over twenty-five and under thirty-five. I don't expect this to be all sexual and I do want some cute time of just cuddling, gifts, surprises and whatnot.[/BCOLOR]


[BCOLOR=#000080]Family Time[/BCOLOR]
[BCOLOR=#000080]Since their child first started walking they began their advances, slowly getting their child used to intimacy no parent should ever have with their flesh and blood. Now as the child reaches the ripe age of thirteen all they could think about is being against their parents side and doing whatever makes both of them feel good.[/BCOLOR]
[BCOLOR=#000080]Once again anything could happen so I don't want to map out too much. The parent could get a lover and the child could rebel and go as far as murder. The parent could be sent to jail and there could be a time skip. The child could get pregnant and maybe have a miscarriage or abort it. It's all up to what we discuss or what you feel in the mood for. Like I said above, either roll or gender is okay with me. This plot could also be with two siblings.[/BCOLOR]

[BCOLOR=#333300]Beauty and The Beast[/BCOLOR]
[BCOLOR=#333300]We all know the story or seen the movie but this one has a darker twist. She wasn't given freely as in the movie and it defiantly wasn't her choice to go. The village was promised untold riches by the king if they could give their beautiful young daughters to a beast. A beast that if he chose their daughter would never been seen again and would be used as a plaything more than anything else. [/BCOLOR]
[BCOLOR=#333300]Beauty can be fifteen in this one, although I'm sure that's close to the same age she was in the story, and a male if that's what you want. This roleplay will revolve more around major BDSM, gore and rape, although we could set it up to where there is healing involved. What I have planned for this roleplay revolves much more around dark secrets and themes but like always there will be some nice cute time as well as tender love and care. As a reminder I don't care much for what roll I play but I would like the beast to be some sort of shifter.[/BCOLOR]

I ask that you PM me as well as leave a message here that you are interested so this thread can get bumped. ​
Last edited: Sep 18, 2015

I would also like to do the teacher x student idea of yours ^^ and I'm down with everything fucked up thing I just read XD
Reactions: dreamthief
L

Family Time seems like a potential for a deeper psychological story to work through. There's a lot of twisty things I can see within the whole thing. PM me!
V

I have an idea/character that fits the nitty gritty, though unfortunately none of the plots you've provided, I can PM you if you're curious? c:
Reactions: dreamthief
Show hidden low quality content