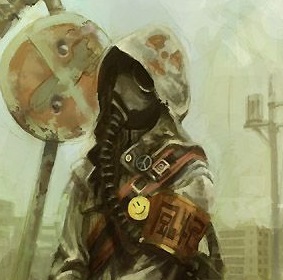 I'm looking for a partner to write a "Hazbin Hotel" (Vivzipop) themed roleplay with, as I'm inspired by the setting of a corporate hell with outrageous characters.

How much do I know about the series?
As much as anyone else that has seen only the "Hazbin Hotel" and "Helluva Boss" pilot episodes. (both found on youtube)

How closely would the plot/characters for the RP be to established "Hazbin Hotel" stuff?
I was thinking not very closely in order to allow creativity, but we can throw in a reference or establish a hook, then diverge from there.
As far as continuity/established lore is concerned, to hell with it.

What's my stance on strong language and sexual themes?
I would prefer to start off with my comfort zone, which is selective word censorship and "fade to black", but this is negotiable based on your comfort zone.
I can upgrade myself to Red Star status and make a Red Star thread if this would otherwise be a deal-breaker.
Characters can have any preference just like in the show.

What is the plot, anyway?
Leaving it open so to leave room for conversation, but some themes I've been mulling over include:
* Immortal, yet trapped in the daily grind. I thought working was for the living? Am I really that desperate for stability?
* "I might've been a pit spawn born in Hell, but it sucks here."
* "Why am I in Hell?" / Characters are sent to Hell and they don't know why (genuinely) or are simply in denial. Perhaps it was a clerical error?
* Tortured souls are freed from bondage after a skirmish of powerful denizens of Hell (most likely the Turf War between Sir Pentius and Alastor.) The torture changed them; most are seemingly broken beyond repair. They don't know what to do with their freedom. Will some make a coalition? Will some be taken in by opportunistic demons?

What am I looking for in a writing partner?
Interest
Posts at least once a week
Available through PM or Discord
Understands real life takes priority always (sickness, depression, social gatherings, etc.)

Does it have to be "Hazbin Hotel"?
No, though it's my current hankering. Any series can be made "Slice of Life" if we're brave enough, though I lean towards having combat take a back seat.
Last edited: Nov 25, 2019
Show hidden low quality content
You must log in or register to reply here.
Share:
Reddit Pinterest Tumblr WhatsApp Email Link
Top Bottom