All right, So I've been on a leverage kick lately, actually any of you who know me well know it's one of my all time favorite shows. Five seasons of awesome plot, great characters, and a growing story. Not to mention the best series finally I've seen in a long time. In fact I love it so much I've decided to drag the rest of Iwaku in with me

So I was wondering who else out there liked this show? or not? and why/why not?
Any favorite episodes? personally I'm a fan of the bottle job.

And for those who aren't quite sure what show i'm talking about, here's the intro.

Never ended up watching too much of the show. Did like the characters though.
Reactions: Falcon

Leverage is definitely one of my favorite shows, and I've binge-watched all five seasons. The main characters are all pretty fun and their interactions are really well-written; they feel very natural. They generally have pretty interesting backstories that you see influence the plot, and the reveal at the end of each episode where they show how they've done most of the work is pretty much my favorite magic show. The series was really easy to binge because it was so much fun and the humor was mixed in really well with the serious stuff. It was also easier to watch because, generally, the outcome of every episode was broadly decided: they'd win and get the bad guy.

Although, I think my biggest criticism of the show was that I wish there had been more times where outcomes weren't so sure (to the viewers) and there had been more delving into the character's pasts. I would have liked to see Nate be really wrong (not seemingly wrong or wrong that works out okay anyway) more often, even if just a few times. I think it boils down to I'd have liked to see the show have (a little) more depth and have fewer sureties.

I was also glad to see the show use more than just the token female group member. Parker didn't fall into the inexplicably weird category and Sophie was a competent and generally awesome character, and Tara was unapologetically driven. And Parker ended up leading the next Leverage team, which made me happy.

So overall, I'd give it an 8.5/10. I wish there had been more seasons!
Reactions: Falcon

The fact that the episodes had, for the most part, a predetermined end din't really bother me. Fer me what made the show was not that they won, but how they won. Of course Leverage has become my go to feel good show so a happy ending is very much appreciated in that context ^_^
Reactions: Midian

Oh yeah! I can definitely get behind having a feel-good show, right now Steven Universe is mine. Leverage is a great mood pickup, and that's one of its strengths. Seeing how the con was pulled off is like seeing a magic trick explained, fascinating!

I have to say, I did not like Nate's hair in the final season. I missed his floofy locks ;_;
Reactions: - Falcon - 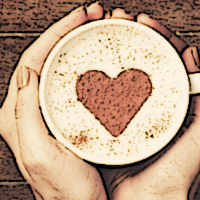 After hearing a bunch about this show from @Weaver I decided to watch it and I've enjoyed it so far. Just got into the third season and can't wait to see what is to come.
Reactions: Midian

Oh you are in for a treat @Kirra I'll try not to post any spoilers. Season three was good, and it only gets better 8D
Who's your favorite character so far?
I'm partial to Eliot.

No worries about spoilers. My sister and originally were watching it together before she got bored of my slow watching speed and skipped ahead so I've seen quite a few future episodes already.

Thats a hard one. I would have to say Parker but with Eliot and Hardison fighting for a very close second.
Reactions: - Falcon - and Midian

Parker is definitely one of my favorites too!
Reactions: - Falcon -
W

Okay, I feel like I have to weigh in, here.

I was introduced (rather reluctantly) to Leverage by an associate of mine. He's always telling me that this show, and that show, and this other show are all really great, and I generally don't pay it much mind until I see something I can really connect with. Thankfully, he insisted on Leverage, and we watched the first episode together.

T, if you're reading this, I will never doubt you again.

To start with, the show rides on one of my all-time favorite premises: That of "Do bad, and thou shalt have thy ass handed to thee." That it encompasses modern technology and hacking techniques doesn't hurt, either.

What can I say about Leverage? Well...bad guys aren't bad guys for nothing. They know the rules as well as the rest of us, but they refuse to adhere to them. They want what they want, and nothing will stop them. Gun control? Meaningless, since they're criminals. They'll buy black-market guns and have the advantage of any law-abiding citizen. Economic trade restrictions? Equally meaningless, since they'll just go around them and make dirty deals to get their money.

I heard a phrase, once, that will forever echo in my mind: "You cannot use logic or reason on the illogical and unreasonable."

The same holds true of criminals. You hear, all the time (in classic writing) "To catch a thief", but to actually apply that... Leverage has not only done that, but has gone the extra mile. Here we have the absolute scum of the earth, defending innocents in the best way they know how: By utterly erasing the undesirables who endanger them.

The concept of a Leverage-inspired roleplay isn't just intriguing to me: It's more like a flame, if I'm a moth.
Reactions: Falcon
Show hidden low quality content