Alright its a new month and a new challenge! I was very happy with the stories you guy submitted last month even though many complained it was too difficult to write to music. This month its simpler, your mission LEAVE ME IN SUSPENSE! Have me begging for you to write a sequel so I know what happens. Its the dreaded cliffhanger ending!

Anyone new to my challenges may be wondering what this is all about. Its simple: write me a story, it doesn't have to be good or win the award (there is one =D) its all about having fun and getting some writing done! And showing off your stuff. So don't be shy, they're all read and appreciated. Go on, give me a taste of you pen(wo)manship!
Reactions: IceChateau777

The harsh, blistering freeze of another winter, in its height no less, had crested the earth once again. The skies overhead, although clear and bright, held within their grasp a coldness that seemed to tighten the bones and cool the blood. At the peak of a truly cold day, the simplest acts, such as tying ones shoe, could be an extreme hardship to the unadjusted or the unconditioned. One thing was certain; If you were not used to the cold weather of winter in South Dakota it was Brutal. Climbing off the Train, just west of the Border, Chuck Green felt just how brutal it was.

With just one foot on the cold earth Chuck found out quickly why the states name had been changed from "The Sunshine state" in 1980. Thick plumes of vapor shot from his mouth as he tightened the pull strings on his windbreaker. He took a second to adjust his beanie, pulling it off and letting his dirty bond hair spill out over his face. Just last week, although it seemed like in a different life, Chucks mother had been telling him he needed a hair cut and how no decent school loan board would sponsor a "messy haired rag-a-muffin'", as she put it. It brought a smile to his unshaven face to think of his mother, but that life was gone now and that reality soon painted an expression on his face that matched the harsh weather.

Everything seemed normal at the Train station. People came and people went. Children tugged at their parents mitten covered hands with little requests, asking to use the restroom or wanting to look at a toy in the small gift shop, but more often than not the parents were in such a hurry to reach whatever destination they had planned out for the day, they paid little attention. Chuck laughed to himself as a small boy tripped and fell face first in the snow, his father, who was apparently in a huge hurry, didn't notice until the boy started screaming in frustration and worry at his misfortune. Business as usual at the Station, thought Chuck.

After rubbing some feeling back into his hands Chuck reached into his faded blue jeans and pulled out the ticket that would would grant him pass to Northern California. A smile appeared on his worn out face as he inspected his ticket. California was where he wanted - Needed - to go, after all She was there, waiting for him. However the smile soon disappeared as he approached the loading gate.

"What the hell?" Chuck whispered to himself while aimlessly scratching at his chest, for the time being forgetting all about the ticket clutched in his hand. He glanced up at the departure and return times of the trains and saw in big red letters ALL TRAFFIC CANCELED UNTILL FURTHER NOTICE

Now this was just great. In all the places, in all the cities in America to be stuck, it had to be in South Dakota. His day, however insignificant in the grand scheme, had just taken a sharp turn for devastation and disappointment. Only at this point he didn't realize how bad things were going to get, , but for the entire country.

As he made his way back out into the penetrating cold he saw something that took a moment to adjust to; swarms of people being herded like cattle by gas mask wearing men. The armed soldiers wore protective gear over their entire bodies so only the tops of their heads and their eyes were visible.From what Chuck could see in those eyes, aside from duty and discipline, was fear. The young boy, who had fallen in the snow just minutes before, was now crying in the arms of his worried father.

Something bad was happening. Chuck was shivering as he turned to run from the scene at hand, he was shivering but not from the cold.
Reactions: IceChateau777 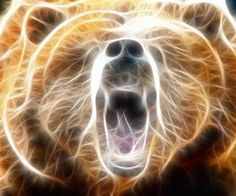 Genres
Fantasy, Romance, and I want to try Furry but the other website I usually use doesn't have anyone interested in it.

"I am going to kill you!" Sheridan yelled at the top of her lungs as she chased a over six foot tall man down a path in the forest. The thick dark blue leaves of the singing trees were high above them and blocking out the light so it was hard for her to see. Though his dark clothes stood out against the pale green trunks. Though this man had something special,shell colored curled horns protruding from his temples,they looked like the horns of a ram actually. He was a demon and today he happened to be someone she wanted dead. "I'd like to see you try! You can't even catch me!" He called back in a deep voice before his laugh echoed back to her. When she heard how his deep voice mixed with the songs of the forest she shivered slightly. She ground her teeth and sped up,only to be slapped in the face and knocked to the ground by a branch the demon had pulled back so it would hit her. While her head was swimming and her face was stinging he came over and got on her,pinning her down by her shoulders with a smirk.

"That was a dirty trick." Sheridan growled once she gathered her thoughts. Her dark brown hair was tangled with leaves under her and her blue eyes showed her annoyance but they also had a sparkle of amusement in them. "Oh come now human,you must know by now that I always play dirty." He said smirking,his own short blond hair was smoothed back over his head . "And it doesn't matter now,I have you pinned down with no way out." Suddenly her look turned startled and nervous. "What are you going to do?" she asked quietly,her previous angry and determined look gone. "Oh I think you know." He growled with a wide smirk. "Come on Aiden I don't want to!" Sheridan whined,sounding like a child. "Well too bad,you lost the game so I win and you have to do it!" Aiden said as he picked her up and put her on his shoulder as he headed towards town,his hearty laugh echoing though the trees.