Original poster
The Traitor Game! The Great Power Beyond!


The Ritual
​
In a distant, unknown location of a faraway universe of another reality, a group of unique individuals are teleported away from their various home-dimensions to participate in a... 'contest'. A game.

In our reality, these individuals are known to us as 'pop-culture icons.' From Mickey Mouse to Micheal Jordon, from Bella of Twilight to Prince Arthas the Lich King, these characters seem fictional to us in our conceited world, albeit being very real indeed.

Every 10,000 years, a sentient being we called "The Beyonder" would a select a group of such individuals for a game of will and skills. You see, The Beyonder wasn't very pleased with the way the worlds work. He's not very pleased with what those individuals are doing. You could almost say that he thinks of himself as somewhat of a God, pitting people from various realities against each other to see who has the strength and wit to survive.

How do I play the game?
​
1) When a game is set to begin, all prospective players post in the sign-up thread to express interest and choose what character they want to role play as.

- The characters can come from any medium, even real life. Batman, Bill Clinton, the creature from the black lagoon; your choice.

- Though I might be hosting the first few games just to show you how things work, in future games, others will get their chances to host one as well.

2) The game thread proper is created, normally with a clever title. "The Traitor Game: Massacre on the Doorstep!" (Not a real title.) There, the rules for the game are reiterated and the characters are gathered.

3) Soon, the Traitor(s) strike(s), killing off one character. Frequently, the first kill is some character that was controlled by the host of the game (commonly referred to as a First Kill NPC). This is done to offer more time to those who signed up to play the game. The banished and dead can usually interact with those still alive through means defined in-game.

4) Within the voting phase, the Agent(s) send(s) in their guess to the host through a PM for that round, while the normal characters post their votes in the IC thread the ordinary fashion.

6) Rinse and repeat steps 2-5 until the Traitor(s) is/are found or till all other characters end up dead.


What are the different roles?
​
The majority of players in the game have no particular role, but there are a few special roles that impact game play. Roles are assigned by the host after the Sign-Up Thread is closed, but before the first kill.


- Traitor - A character working to kill off members of the larger group. The Traitor(s) normally send in the name of ONE character they want to kill off to the host through a PM at the beginning of each round (normally excluding the first round which involves the First-Kill NPC).

When more than one Traitor is selected, each (Traitor) works with the other to determine who dies and by what means.

- Agent - A person in this role is allowed one guess per round (again, save the first round) to determine who is a Traitor through PMing (Private Messaging) the host of the current game. The results of their guess (whether they guessed correctly or not) are revealed in-thread. If a game has more than one Agent, the Agents act as a team. They confer on the guess and submit that guess to the host.

- Breaker - Sometimes, this role is assigned so that if there is a tie during the voting rounds, this person will get an extra vote to break the tie.

- Inquisitor - A non-player character appears and has the players he or she suspects plead their innocence.

- Censor/Secret Role - Used seldomly, this role allowed the person assigned this role the ability to quiet or neutralize one vote.

- Everyone Else - Places a vote on who he/she thinks the Traitor is at the voting phase, after a kill is performed.Note: The names provided are the "base" names. For the actual game, they may be given a different name that better suits the theme, setting, etc.
F

Appearance (pictorial/picture description is highly preferred this time, since we're dealing with pop-culture characters, unless your character comes from a non-visual medium like a book):

Given Name of Associate Reality (Twilight if you are playing Bella, Power Rangers for the Red Ranger, Disney for Mickey Mouse, etc.):

Brief Description of Character's Backstory, and which timeline of the character's reality you want to extract that character from (you could just copy and paste a Wikipedia article on the character if you are feeling lazy; as for the timeline, of which part of your character's life does this Traitor Game/teleportation occur?):

Original poster
Reserved for OOC chatter and postage of Character Sheets from interested parties. :3 Any questions, feel free to post them here.

And don't worry about the seemingly complicated CS. If you still don't know what the heck I wrote there, just post the name of the pop-culture character you want to play.
A

Given Name of Associate Reality: N/A

Brief Description of Character's Backstory: Ke$ha was born as Kesha Rose Sebert on March 1st, 1987, is an American singer and song-writer known for her highly popular single "Tik Tok". As a child, her mother often had to rely on food stamps and welfare to get by. Later on during her high-school years, she would often attend a local college's lectures on the Cold War, and later received nearly perfect SAT scores, only to turn down a scholarship to Columbia University. Her most notable experience while being relatively poor was her accidental involvement in "Right Round" by Flo Rida. She did the female vocals in the song, but was not credited for them at all nor did she receive any money from her participation in the song, which inspired the dollar sign in her stylized name.

Timeline: Currently/after the release of her album "Animal".
N

Original poster
Thinking one of the Numbers Cyborgs from Nanoha, probably Due.
F

Brief Description of Character's Backstory:
When the renowned high school detective, Kudō Shinichi brought his childhood friend to an amusement park, a group of suspicious men in black making a business exchange lured him away from Ran as he investigated the situation.

However, while distracted observing the exchange, a member of the group suddenly knocks him out from behind and forced down a poison down his throat. When he awakened, he found his body to have shrunk to the size of a seven year old.

Hiding out at the detective agency of his childhood friend's father under the alias of "Edogawa Conan", Shinichi vows to bring down the mysterious "Black" organization down to its knees and return to his initial size. For there can only be one truth!

Original poster
Not the first TG we've had 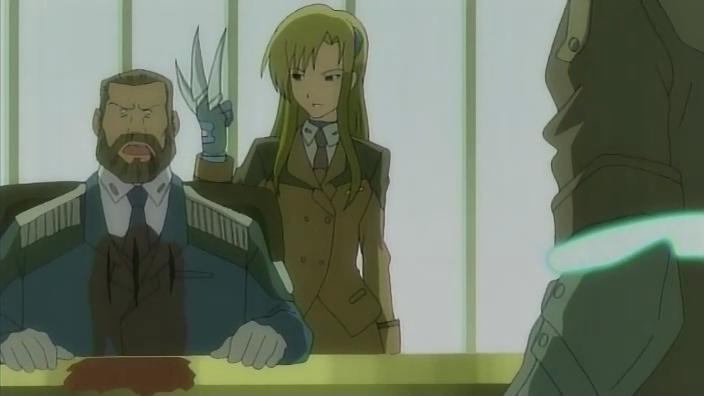 Given Name of Associate Reality:Midchilda (Mahou Shojou Lyrical Nanoha StrikerS) (yes, that is the full japanese title)
Brief Description of Character's Backstory:
Due is one of the Combat Cyborgs, a techno-magical supersoldier created by the mad scientist Jail Scagletti at the behest of the Time-Space Administration Bureau. She is built for long-term infiltration and assasination, in particular fooling the TSAB personnel scans.

Due has arrived from the period before when Nanoha StrikerS begins; perhaps she was on a dimension-hopping ship that crashed?

Due has shapeshifting abilities, which can change her overall appearance and fool medical scans, and hide the three claws on her right hand. Her "true" form looks like this.
F

Original poster
Sure. Your CS looks good. But could I just make sure if the character's from an anime? And is the anime named Midchilda?


Waiting for Vay's CS before I start the IC thread.
​
N

Original poster
Mmm, not quite. Midchilda is the reality where it takes place; I'll get to fixing that.

I'll also add a description of her superpowers.
F

Vay, just post your CS anytime you can. ;)
F

Original poster
Alright, just in case no one knows how to get the ball rolling:

You are a pop-culture icon character that is just going about your life, minding your own business, when you are suddenly teleported to a spacious room in a space shuttle, filled with other pop-culture characters that you (the character) have either heard of or saw before on TV or in the movies.

Interact with the room, the other characters, and the space shuttle, as long as it doesn't get too god-modding. I'll post my post up soon.