Iwaku Newsletter; January edition​
Happy New Year everyone and welcome to the second edition of the Iwaku Newsletter; the place to be and to read all about what has been brewing on this site! From PSA’s and generic site updates, to fun talk about upcoming and past events. Read about it all here! The first edition came out in October 2022 and focused on polishing up old policies. This edition will focus on what 2023 is about to bring!


PSA’s, Updates and Site News
2022 went by in a breeze and hopefully all of the readers are reading this in good health! Last year there was the Frightening Fundraiser that got especially heated at the end resulting in not only reaching the fundraiser goal but also in two new realms by @firejay1 and @MiharuAya and custom username colours for @fatalrendezvous and @t o a s t. Oh lala~ Read on to know more about the realms!

With the fundraiser over update day could happen in November. Unfortunately also meant a new PSA about creepers online after another reared its ugly head. Should any of the members ever feel unsafe they are encouraged to report!

With that little update out of the way the focus can be brought to 2023! It is the lunar year of the rabbit, which also happens to be the Iwaku logo and the animal of all the plots! Members and staff alike have exciting events coming up for Iwaku in 2023 and @Diana has been teasing at another small update day happening within the next two months. It isn’t a vital one, but it is one Diana hopes to get done sooner than later! Pay attention to Announcements for more information on that as there are sure to be more mini-events hosted in the Discord server!

Overall Iwaku continues in 2023 to update and revive itself by updating PSA’s. Members are encouraged to report any broken links to forms, or creepy members to keep Iwaku functional and safe just as much as they are encouraged to submit and host their own events! Make 2023 another fruitful year!


Past and Future events and contests
The Frightening Fundraiser and Fright Fest in October saw numerous events taking place. From a Horror contest to Karaoke nights to Roleplay Live readings. It even saw the debut of the first ever member-organised contest the Month of Monsters Art Contest by @MiharuAya

While December 2022 was rather uneventful @Sorrelfur debuted and introduced her Secret Santa event in which all who signed up got matched with a mysterious partner. More about that in the next parts!

December was also the month in which WaRP came to a wrap! Thank you to all of the participants and be sure to check out the thread to congratulate the winners!


2023
With 2023 already started there will be new rounds and new chances for all to join! The second round of Poetry Fantastic Fanfare Talk (PFFT) is up and running, with the deadline set at the end of January, while @wren. debuted the Iwaku Love Contest on January 1 sharp! The deadline is set February 14, so be sure to submit before Valentines!

@PavellumPendulum has also hinted at the return of the Tales from Iwaku (TFI) in March this year! Keep your eyes peeled for what spring is to bring!


Recurring events
Every Tuesday at 2pm Central time (9pm Berlin time and 3am Manilla time) Diana will be sitting in the chat box for teatime! Be sure to join the owlmom and chat with her, she is getting old after all and needs the company!

Like looking at art? Five hours later, on the same day (Tuesday) at 7PM Central time (2am Berlin time and 8am Manilla time) @Manna Beast will be hosting a live stream Doodle hour in the Iwaku Discord General Voice chat!

Did you know that @PavellumPendulum is also a French teacher? Sometimes she hosts free French lessons in Discord. Interested in joining? Check Announcements to see when the next lesson will be happening!


Cool Iwaku Sparkles
Iwaku averages on 300 daily members logging in and that means excitement abound! @Lurcolm has published a book for example and in the previous edition it was mentioned that @Aero Blue and @ArcadiaLumina have published their own poetry for the public to enjoy!

@Diana has created new trophies for the site, one of them being a trophy you can win by reading this Newsletter! Check them out and see how these trophies are awarded. Check out the 30 topics within 30 days trophy in particular and keep General Chatting alive!

Know anyone else on Iwaku that deserves the spotlight? Message @Nemopedia for a shoutout in the next Iwaku Newsletter!


Roleplay Sparkles
The Frightening Fundraiser came with cool prizes, like a realm for the top donors! @firejay1 and MiharuAya made use of that option, resulting in the Regency Index, a realm set and focussed on the regency era, while MiharuAya has been hinting at a fantasy realm with DRAGONS!

Pearls of Persia is still going strong and started its first sandbox event, a murder mystery named ‘Turkish Delight’, no character sheet needed, join in and try to solve the murder or be the murderer. Meanwhile @rissa has started up the very first side-story within the realm named 'The Princess and the Blades'.

With the conclusion of WaRP there are THREE (3) new realms that will be joining Iwaku! @Wade Von Doom's 'The Evrensel Conflict', a multiverse roleplay that has been going strong on Iwaku for years now, @MaryGold's 'The Circle' a supernatural setting where vampires rule the world, and @rissa's 'Fallout: Requiem' an post-apocalyptic realm set within the Fallout franchise. Congratulations to the winners and smooth proceedings to setting up and starting the realms! The submissions that didn’t win this year don’t have to fret, there may not be a realm on Iwaku, but there is always space for more roleplays as well as a next year!

Not everyone in WaRP can win, however much that is wanted. The existing roleplay submissions of WaRP especially are worthy mentions as these are roleplays with the potential for a realm, and are already running on Iwaku. Check out 'Command & Conquer' by @Raynar Saassin.


Roleplay Spotlight
Iwaku isn’t only realms! It is also group roleplays and it also has 1x1’s! @Sorrelfur organised a Secret Santa event in December 2022 where members who signed up got paired with a mystery partner for a 1x1! Were the matches a hit or a miss? It looks like a hit for most of the roleplays have been moved out of the event realm and joined the regular 1x1’s! Here is a list of the participants and their stories!

A new section appeared in the Iwaku Newsletter! The GM Interviews, where a GM of a roleplay gets interviewed about their experience as a GM and their hottest tips on how to engage with the player and on how to keep their roleplay(s) alive! This month the GM in the spots are @Kuno, winner of WaRP 2021 and GM of Pearls of Persia that has been running for a year now! The second GM in the spotlight is @Doctor Jax's Esoterica a horror roleplay that has been running since 2019!

Know a roleplay or a GM that deserves the spot in the next Newsletter? Message @Nemopedia and get a shoutout in the next iteration!


Feed the Bunny
The Frightening Fundraiser went and passed and Iwaku managed to get more than it asked for in donations! Thank you to everyone who donated! For those interested, Iwaku is still open for donations which will give you a pretty blue colour!

Want to help Iwaku in other ways than financially? Consider joining the staff of Iwaku! Iwaku is in particular need of Community staff members; those in charge of events and hyping up the members! #helpPavandrissa

Don’t have time or money? A cheap and easy way to help Iwaku is by voting in TopRP sites so that potential members know to find us!


Riddle Me!
The answer to the previous riddle was: Palindrome! Congratulations to those who guessed it, enjoy the adorable Frog trophy that comes with!

Want the trophy but missed out? Fret not, here is another riddle! Message @Nemopedia with the answer. The first ten correct answers will also be awarded a trophy!


Nonogram / Hanjie
A picture logic puzzle in which the solver needs to fill in the cells or leave them blank in a grid to reveal the image! How many cells needs to be filled in are stated by the numbers at the top and at the left side of the grid. Can you solve the puzzle and guess the image? For the first-time solvers I will give you a slight hint: 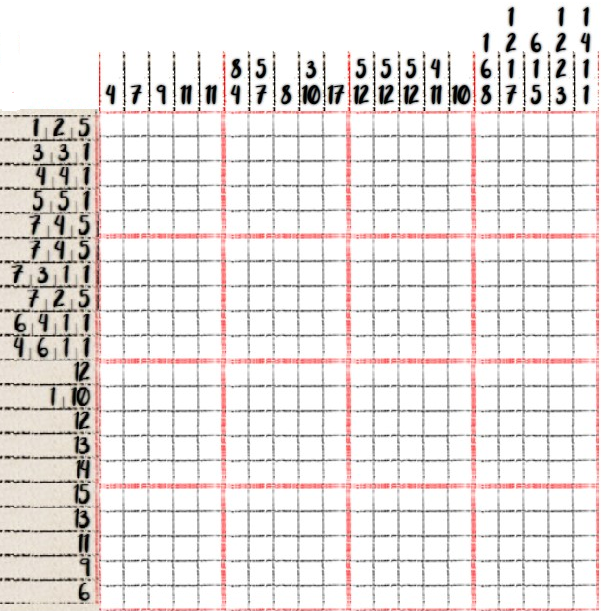 Will Diana manage to solve the puzzle in time? Or will ten others beat her?

Stay tuned to find out!!!

I AM GOING TO JUST STEAL SOMEONE ELSE'S FROG FROM THEM. >:[

TO EVERYONE TRYING TO SOLVE THE PUZZLE NOW IT HAS BEEN BROUGHT TO MY ATTENTION THAT THE LEFT BAR CUT SOME NUMBERS OFF SO I UPDATED THE IMAGE!!!!

Much appreciated for the honorable shoutout for my small group! Though if I may, could it be directed here? INTEREST CHECK - C&C - Melding of Alternate Futures - A Multiverse Story on Earth!

This is where I plan on recruiting people, a lot easier that way. 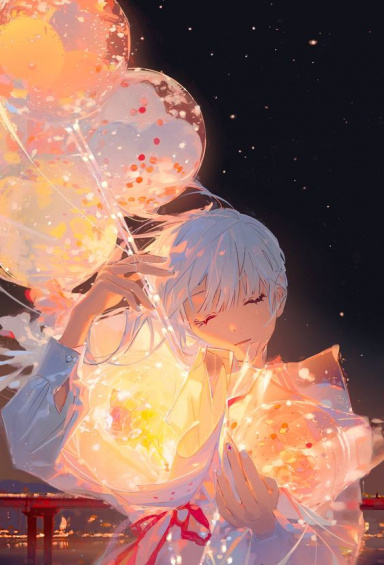 Nemopedia said:
TO EVERYONE TRYING TO SOLVE THE PUZZLE NOW IT HAS BEEN BROUGHT TO MY ATTENTION THAT THE LEFT BAR CUT SOME NUMBERS OFF SO I UPDATED THE IMAGE!!!!

I've solved it like 3 times and couldn't understand why it wasn't working OTL
Reactions: Nemopedia

We got some fast solvers there! And Diana has a message to those who already got the frog from the previous edition:


Diana said:
Diana — Today at 18:50
tell these butts I cant make more than one frog show up if they already have the frog! D:<
Click to expand...

To which I say continue to steal Diana's frogs (but if ten new names manage to solve it I will gladly give it to them).

THAT IS MY FROG YOU'RE ALL STEALING

That frog most definitely isn't Diana's as long as she hasn't solved the puzzle yet. Good thing there are five more spots left. :^) Five more people who can snatch that frog.
Show hidden low quality content
You must log in or register to reply here.
Share:
Reddit Pinterest Tumblr WhatsApp Email Share Link
Top Bottom