Rumor has it that she’s a Goddess incarnate with silvery hair like the moon. All women pale in comparison to her and wish to be everything she was. She has beauty, talent, wisdom, compassion… Everything a man can hope for.

There is a dilemma, though. She is lonely and on a quest to find her perfect match. Most aren’t lucky enough to talk to her; all they can do is admire her from afar. She lives by her lonesome in the mountains to avoid swamps of people, rarely showing herself.

Now, her secret is out and she has announced a competition between all men seeking her hand in marriage. It will take more than personality to impress her, though. There will be a series of contests to test their physical strength and fighting skill. For Luna desires someone able to protect her from all evils.​
Things to keep in mind:

1. You must play a guy. For once, I am playing a character that won’t swing the other way~
2. I’ll allow up to 2 characters!
3. If you don’t want to play a competitor, feel free to request something else. You can play a friend of Luna’s, or maybe even create a challenge and lead it for us. I’m open to ideas!
4. You’re not booted out of the RP if/when your character is rejected. You still get to hang around to have fun if you wish.
5. Sorry to say, no smut scenes. XD Can’t make the time for that and it seems unnecessary. This is more of an R-rated roleplay though, so there’s room for…awkward situations.
6. Please please please be active. c__c I get so said when my roleplay babies die so young!
Character Sheet:

Name:
Age: 18-30 unless you’re like, an Elf or something
Race: You can be anything you want. This is a fantasy land.
Appearance:
Personality:
Strengths:
Weaknesses:
Bio: Tell a little about them and why they’re willing to fight for Luna

**Try not to be too overpowering with those strengths. Don't be psychic, sword wielding muscle man that can also shoot a bow and sneak around like a ninja while looking handsomer than everyone else. XD Keep it fair and simple! Keep it balanced with weaknesses.
F

She will be revealed once I close applications! I promiiiise that I have her character prepared. >D
F 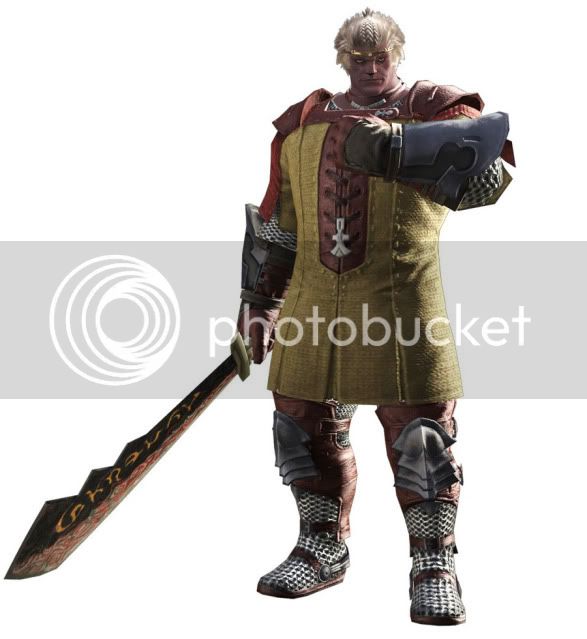 Personality: Nolan sees little value in small talk and meaningless conversation, thus he's not terribly talkative. He thrives with hard labor and vigorous work, as well as enjoying competition that allows him to demonstrate his musculature. Though he seems sobering at first glance, he enjoys jokes and will speak more openly if amused.
Strengths: Physically powerful, strong will, anda decent armorsmith.
Weaknesses: Reflective thinking, intricacies of speech.
Bio: Nolan prizes matrimony and is more doggedly loyal than any other character trait he has, loyalty overcomes them all. He seeks a woman with whom he can be happy. Luna caught his interest and he's determined to do his best to win her over.

Personality: Acerbic in most cases and in the rest, simply aloof he nevertheless holds family in utmost importance and community is, to him, vital.
Strengths: Agile and quick with sharp intellect.
Weaknesses: Fragile, unable to take a hit or wear much armor due to his slender build.
Bio: Jayce wants to make his family proud and to do so, he chose for his prospective mate the beauty Luna for a difficult to obtain treasure.

I'll have a char sheet up by tonight! Promise!
F

Personality: Confident to the point of arrogance, Jain has never been bested in contests of strength and martial ability. He knows he is the son of a god, and sometimes acts like he is a god himself. However, despite his over-confidence, he is a good man at heart; he looks after the weak, has a strong sense of right and wrong, and has no thoughts of being superior to someone simply because of caste or class.

Strengths: His god-like strength and invulnerability, as well as highly trained martial ability in wielding sword and shield and spear.

Weaknesses: Jain's strength and invincibility only works so long as the sunlight touches his skin. As soon as night sets, the power begins to drain from him until the moonlight hits his skin. At that moment, he is a mortal man-- which is why Jain ever bothered to cultivate his warrior skill.

Bio: Jain was born the illegitimate son of the Priestess of the Moon, when his father, the Sun god, had seduced her. The Priestess attempted to drown the boy, but Jain was rescued by a fisher man and adopted as his son.

His father came to him upon his 7th year, when his powers began to fully cultivate. He allowed his son to be raised by mortal beings, but visited him once a year, every year, on the Festival of the Sun.

Jain is a figure to be both praised and feared. A reputation precedes him wherever he goes, which feeds his massive ego. Despite this ego, however, Jain seeks to only do well for others. This does not, however, stop him from feeling a grand sense of entitlement; he believes he only deserves the best from people. As such, his lover should be the best-- which is why he seeks the hand of Luna...

Now how am I supposed to compete with Tyler Durden? Also, please don't kill me for not using a picture, but I've never really been able to use someone else's face with my own characters. Doesn't sit right with me.

Name: Andrew Bronson
Age: 25
Race: Human
Appearance: Andrew is slightly above the average height, with a slightly gaunt muscled build, with the look of someone who has worked for too long outdoors without a break and survived only on army food. He has short and straight dark brown hair, nearly black, with a slight curl at the back. His eyes are very brown, dark and tired looking. He came to this 'competition' wearing uniform-like clothes, the kind that nobles would have made for their son entering the military. They're clean and patched now, but even a quick glance shows they've been torn and seen dirt and blood. A long, faded, stringy collection of scars cross his right cheek, a memento from his second major battle.
Personality: Andrew has the ability to be open and engaging, but not frequently and not for long, these days. He's become reserved and withdrawn, but with a clear sense of duty, and, more importantly to his service, knowing what to do. Years on the campaign digging and building wound up burying his youthful spark.
Strengths: Strong, dutiful, able to figure out what to do and do it quickly, talented at building things or bringing them down.
Weaknesses: Not particularly agile, not by any means a skilled fighter, outside of engineering matters he tends to put himself on the back seat of things. Has a minor fear of horses(see the bio).
Bio: From an early age, Andrew's been interested in engineering. Building and destroying. At six he made a small tension arm and scared his mother half to death. He was born into a family of minor, but proud nobles. Not the eldest, which means he had, by social pressures, to join the army. Much to the dismay of his father and uncle, he apprenticed himself at 15 to a military engineer, and began to learn how to dig and build on the field, build and man artillery. At 18, war began. The first two battles were disastrous, technical victories but in each they lost so many men the had to fall back, the first wave, the cream of the army. The rest of the campaign went for the better, but still rocky. Six years and countless battles later they had won, and Andrew was honored for his contributions, although the honors didn't change that he has to control his panic reaction when he hears galloping horses, thanks to too many close calls with enemy cavalry. Then, even more to the dismay and anger of his family, he's spent the last year mostly contributing to state-funded civilian engineering, rebuilding projects. He came to 'fight' for Luna as much to shut them up as anything else. It would be nice to win, but he doesn't care that much either way. He's come this far a bachelor, he can manage for the rest of his life.
F

Original poster
:3 That okay, Spammy. I'm glad to have you aboard! <3

Seiji's is approved as well~ Hoping for one or two more before I get it started.