Original poster
The sky darkened as ominous thunder clouds rolled overhead, casting a gloomy shadow over the palace. The women of the village adorned themselves in black dresses, while the men wore the nicest clothing they could afford. Children ceased their daily routine of laughter and play to cling to their mothers, while dawning the same clothing as their parents.
Angus Fletcher, one of the twelve Elder Dragon Riders, died peacefully in his sleep, along with his beloved Wyvern.
Immediately after his funeral, the village was thrown into a frenzy. Without all twelve Dragon Riders, the peace was not to last. After a town meeting, everyone decided that it was time to pick a new replacement. It was the only way to keep the land as prosperous as it had always been.
A poor nineteen-year-old boy by the name of Vincent was chosen entirely by Fate.
The kingdom rejoiced as the new Elder Dragon Rider was chosen, and the village waited patiently for the boy's would-be dragon companion to find him. However, Vincent was not so enthusiastic. He had heard a million times the stories of riders who were manipulated by their dragons to do evil. And unfortunately, it happened quite often.
In his fear and confusion, Vincent ran away, hoping to escape the possibility of being converted. Running wasn't as easy as he thought it would be, for he was pursued by something large....
And there was more than one of them.... many, many more...


Rules
1. Please keep one-lining to a minimum
2. No god-modding
3. Please reply as often as you can
4. No Mary Sues or Gary Stus
5. Treat others with respect. Do not kill off other players without their permission
6. If things start to heat up, take it to the PMs.


And now for the character sheet!

Name:
Age:
Human or dragon?:
(If a dragon) Good or evil?:
Appearance (Description or image will do):
Personality:
Bio:

Name: Vincent
Age: 19
Human or dragon?: Human
(If a dragon) Good or evil?:
Appearance: Usually wears dark clothing, mainly a black hoodie and blue jeans. He always has a black fedora that casts a dark shadow over his eyes, along with a pair of reading glasses.
Personality: Vincent is usually very quiet and a bit timid at times, though once one gets to know him, he is very protective and loyal.
Bio: (Stated above) 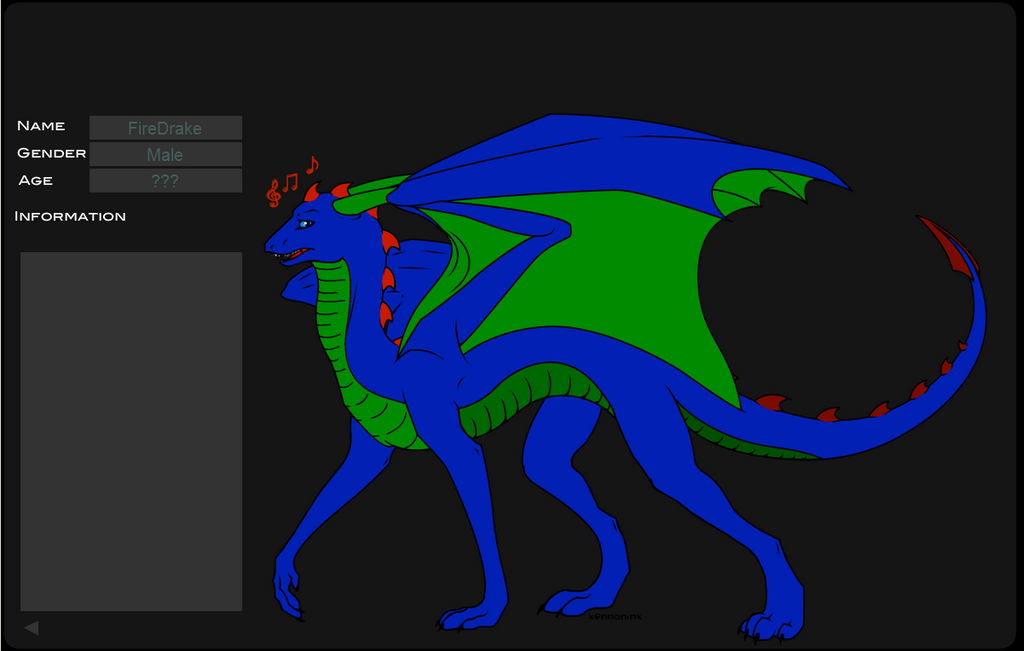 Personality: Kind, Yet reserved. He will always go out of his way to help others, regardless of the personal risk involved. He'd rather live a short, Worthwhile life then a long useless one.
Bio: Izana lost all he cared for on his 10th hatchday. As a result of being forced to watch his family get murdered, His friends eaten alive by an Evil dragon, and all that happened on that day, He doesn't know his age anymore, As well as the fact his home was destroyed so he is in effect a Homeless Orphan with no friends. He has not had a good life. ^^;
Show hidden low quality content