GOTHENHEIM: A City Under Seige

Gothenheim - a city alone on the edge of the known world. 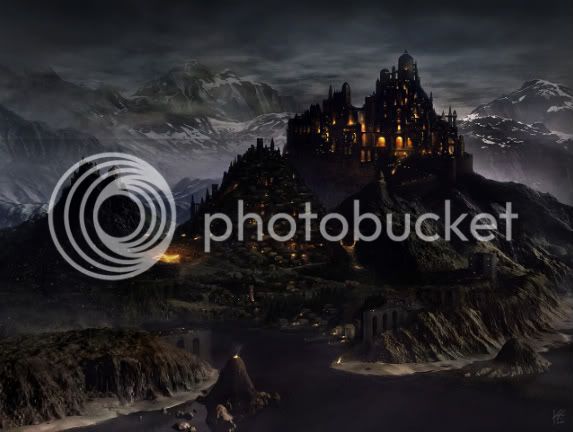 Centuries ago it was cursed by eldest magic. Its fate now is to endure the onslaught of evil each and every night. When the sun sinks behind the mountains, a new threat arises. Dragons attack the towers, witches infiltrate the city, serpents rear in the docks, werewolves vault the walls, magical assassins and undead spirits do their master's bidding.

And each night the Fateguard stand against them.

The Fateguard are the best of the city's defenders, armed with enchanted weapons and blessed armour - men and women of unshakeable courage. For generations the Fateguard has kept the city safe from its nightly visitations.​


So yeah, I got this idea from the above picture, the cartoon How To Train Your Dragon, the few clips I've seen of Skyrim, and that series about the emergency services called Third Watch. I'm imagining a roleplay about the lives of the city defenders who are fighting to protect Gothenheim, the only city for miles around in the middle of a hostile monster-filled wilderness. The characters will all know each other and be involved with each other in some way.

It will have the mood of Lord of the Rings and Game of Thrones - gritty and dark, with a real sense of life being brutal and short. And the evil outside the walls will be overpowering and mysterious, full of ancient secrets.

And I'm thinking at the centre of the city will be a cathedral where a precious relic is being guarded.

There will be political intrigue and questions of honour and survival, plus an episodic style in which a new threat attacks or infiltrates the city each night.

But no in all seriousness I'm totally down with this idea.

... Soooo.... why would anyone want to live in a city under constant nightly seige?

Woodrat said:
... Soooo.... why would anyone want to live in a city under constant nightly seige?

Cos it's safer than the wilderness.


Er... it was built by pilgrims who arrived on boats.
N

If I may have a peep to say something...I'm Interested ^^.

Woodrat said:
... Soooo.... why would anyone want to live in a city under constant nightly seige?

Because no matter where you go there's zombies, vampires, and werewolves out there who all want to eat you, so your only safety is behind the high walls of Traben. I mean, Gothenheim.

DONATING MEMBER
FOLKLORE MEMBER
Right, so we're all agreed this is a cool idea.

Questions: Will the defenders have magic? What sort of magic?

Well, I'm thinking they'll have some pretty fancy shit, since they serve as defenders for a church, wizard's guild and royal family. Nothing too over the top, of course. I still want magic to retain its mystery. Maybe it should be strictly elemental - druidic magic derived from the power of nature. Then holy magic for those who are part of the church. I just don't want all that High Wizardry crap like teleportation and mind-reading. I want to keep it grounded in gritty, earthy energy.

And of course, the magic would be the goodly kind. None of that Necromancy or Shadow Magic (unless you can give me a very good character reason)


The roleplay would run in episodic fashion, with each of us giving ideas for the next EVIL THREAT. So it would be like: Night One: The Werewolf Raid, Night Two: A Witch in Town, Night Three: A Shadow in the Water. The plots can range from simple skirmishes to detective investigations, with the common thread of our characters and their interactions.

I'm thinking we all have "stuff" that we do during the day, and maybe families and jobs to attend to. That way our domestic drama can spill over into our night watches. For example, two of the Honour Guard are in love the same woman and have to fight by each other's side; one of the Honour Guard turns up drunk, having lost his father's sword; one of the Honour Guard has had a strange dream in which she foresaw the death of her friend; etc. That way we're not just hacking and slashing, but our action scenes have a real subtext to them.

I want a sense of Gothenheim being our "home" and something worth fighting for.

Aw man, if I didn't have so much school work due, I would be sticking my dick in this pie, regardless of its burning temperatures.

*Presses her face against the IC's window* :(

Count me in.
F

Get this IC started already.

I want to keep it grounded in gritty, earthy energy.
Click to expand...

The plots can range from simple skirmishes to detective investigations, with the common thread of our characters and their interactions.
Click to expand...

*punches Woodrat in the gut*

Plus, with the episodic fashion, people can jump in and out of the game. If they don't show up for one chapter then we just assume they're at work or on leave or recuperating. Plus they'll be new recruits to come in.