Warning. Hard Leftist rant incoming. If you are right wing or otherwise not on my wavelength regarding what I am about to say; get fucking triggered. Hurr.

I am tired of all this hate. All this fucking vitrol aimed at strangers becouse they dared cross the border. Just a few days ago, a young man put on a stali helmet and grabbed a sword. Then he walked into a school and attacked people of color. Killed two young men, would have killed more if he had not been shot by the police. This is happening in my country right now.

The people who are shouting "don't let them in, they are terrorists." are lighting Refuge Centers on fire. That is terrorism. In fact, every major attack on civilians have been racially motivated in Sweden. People are openly saying things like "To bad there was nobody inside" and "Good, send them back". And our nationalist party is the third biggest in Sweden now. And they get to post giant posters and primetime commercials that target people over their religion and ethnicity.

And you know what. I've seen the same argument reflected on this very site. I have seen the same rethoric these people ideolize come out of mouths of people I considered friends. And I fucking had it. The derisive, us vs them bullshit has to fucking stop. The targeting of poor, marginalized groups who dare ask for help has to fucking stop. And this goes to you fuckers who shout down others to, regardless of their political standing. Fucking. Stop.

And people who keep trying to say Emotion vs Logic, you aren't helping. BOTH are vital for the human race. And half the time your fucking "logic" is nothing but self serving avoidance of what inconveniences you. Downplaying stuff as "it's not so bad. Stop thinking about it." Is just as manipulative as anything else you deride. And if you asked for thicker skin, I hope you got a suit of fucking armor.

And all you "ANTI-PC" people can listen the fuck up to. There is such a thing as common fucking decency. There is something called self-censorship. It's about choosing your audience for your jokes. It's about to take into consisderation the people around you. It's not someone suffocating you and your personal space, its about showing decency towards your fellow man. I get that PC goes to far. Its fucked you can't have comedians appear on campuses becouse people petition shit. But you are trying to make everyone conform to you, you are forcing your beliefs and your disregard for others down their throats. You are hiding behind "PC IS SHIT" to escape from any criticism levied your way. Do you not see how fucking ARROGANT that makes you look.

I am done with shutting my mouth about how people act. Just fucking done.
Reactions: TheGreyWarden, Hana, Drone and 6 others
K

I can't say I'm completely innocent of occasionally dehumanising in arguments, but I do feel your frustration. Making enemies is easier than making friends, seems to be the theme. Either extreme of the PC spectrum is pretty shitty. Balance is a difficult argument to make, I've learned. 'cause people like to form camps and fight other camps, so they can attempt to assert the superiority of their ideas. The greatest challenge of humanity lays in it's very (primal) nature.

Fuck everyone who trash things and call them "hugboxes" when people are supportive and caring for one another. Fuck you with a rusty knife up the uthera. I don't know what kind of cynical, miserable life you lead to object to people being fucking considerate around eachother a bad thing. But holy shit, its so fucking annoying and grating.
Last edited: Oct 25, 2015
Reactions: Kagayours and Hana 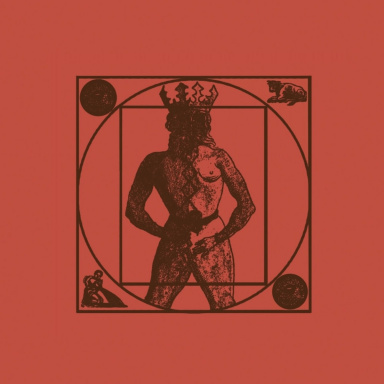 I feel like I haven't read something that really captures my general attitude towards people until now.