Original poster
This is a story I wrote almost a year ago, there are a bunch of grammar mistakes and I'd fix them but I am too lazy to XD

A straight man, who is a total dude, it's all about he chicks with him. falls in love with a guy... and is ashamed of it and he tries to hide it and stuff like that
The name of the story is called "forbidden Evol" i do have a comic with the same name but it has nothing do with this, that forbidden evol is about a gay 20 year old that wants to be a news reporter.
okay the name is not exactly the name, it's not forbidden evol. the real title is so forbidden that i changed Evol around, the real word you can find by putting the letters around, so L comes first and then O and then V and then E. and that is the real title Forbidden Love

here's the characters and a visual of who can pretend to play the role. these are the people i pictured, they're just actors. 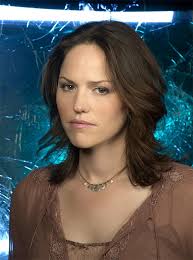 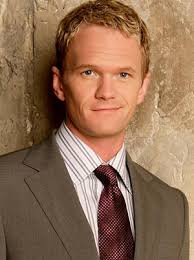 these are the main characters.


Rated Tv14, may not be suitable for some audiences, contains some coarse language
*insert words here* means something happened "insert words here" this means it's a dream or fantasy, not really happening.
Ray is a Man who wanted to stand up for the little people, so he became a lawyer. this is Forbidden Evol * theme music please! :Bang *

Chapter one, the intro
*Ray walks into his work building*
Caroline: Ray! your here, guess what!
Ray: What?
Caroline: we've got a new co-worker
Ray: is that so? is it a chick? or is it a dude? If it's a chick i want to meet her! but if not then...
Caroline: it's a guy, actually.
Ray: well that's nice but i really have to get to my office.
Caroline: very well then.
* ray is walking to his office, when all of a sudden he crashes into someone he's never met before*
???: Oh! i am so sorry!
Ray: ah no problem * picks up a bunch of papers, then hands them to the person.*
???: thanks... by the way i am yuri, i don't believe we have met before. I'm the new lawyer everyone might be talking about.
Ray: ah, yeah i heard about you. Nice to meet you.
Yuri: same here
*shake hands* * yuri then leaves, Ray watches him walk away in a very peculiar way.* * ray then walks into his office*
Caroline: i see you met the new person.
Ray: how come you always appear out of no where?
Caroline: i don't know maybe I'm magical, *ghostly wooo*.
Ray: yeah.. whatever.
*end chapter*

chapter 2, Crazy stew!
Ray: heeeey there Morganna! wanna make crazy love with me today?
Morganna: I'd love to! right after work okay?
Ray: sure thing babe
*I'll just let you think this one out....*
*The next day*
Ray: Hey Caroline how's it goin?
Caroline: you seem awfully happy, you did it again didn't you?
Ray: totally!
Caroline: Ray! that's the fifth time this week!
Ray: so?
Caroline: it's Tuesday! it's only been three days!!
Ray: ehh... so that's a score!
*yuri walks by*
Caroline: oh hey yuri, wanna have lunch?
Yuri: sure thing!
Ray: what's this? are you going on a date with yuri? ooo, Caroline's got a date! Caroline's got a date! Caroline's got a date!
Caroline: oh please, he's gay. he'd probably be more interested in you then me.
Ray:0_o
Caroline: come on, why don't you have lunch with me too?
Ray: oh fine...
*at a lunch break*
Yuri: and then he said, that's not my salad!
*yuri, caroline and ray laugh*
Ray: wow either, I'm an idiot or that was hilarious!
Caroline: Oh, my stomach.... I'll be back.
Ray: are you okay?
Caroline: I'll be fine, don't worry about me.
Ray: okay then.
* ray and yuri hit it off*
chapter ends.

Chapter 3, what is this strange feeling?
*ray goes to work*
Caroline: hey ray, how's it going?
Ray: I'm good, but how are you . you never came back to the restaurant.
Caroline: ah, i had a stomach virus.
Ray: ah, those are the worst.
Caroline: yeah, but then who likes to vomit?
Ray: no one. Hey can i tell you something?
Caroline: yeah sure what is it.
Ray: ever since i left the restaurant, i have had this weird feeling. it's really bugging me, i don't know what it is.
Caroline: maybe it's a stomach flu? or something like that?
Ray: maybe, but I'm not so sure.
Caroline: it might be nothing.
Ray: your probably right.
Caroline: aren't i always?
Ray: no.
Caroline: hey!
Ray: I'm going to my office now, so see ya later.
Caroline: see ya.
*later in the office*
Yuri: oh, ray. rolanda told me to give this to you okay?
ray: *blankly staring into yuri* "what's going on here? why can't i move? why isn't my body responding?"
yuri: okay, so i'll just leave it here...
Ray: tttttthhhhhaaaaaaaaaaannnnnnnnnnnnnnnnnkssssssssssss
Yuri: your welcome, eh?
*later*
Ray: hey Caroline, can i talk to you for a sec?
Caroline: sure thing what is it?
Ray: yuri came into my office earlier and for some reason i froze and i couldn't even speak.
Caroline: OH My GOSH!
Ray: what?
Caroline: your in love, and it sounds like your in love with yuri
Ray: WHAT! STOP MAKING UP THINGS!
Caroline: it happens all the time, don't you ever hear about teenagers who get tongue tied?
Ray: yeah, but I've had that happen to me and that was not the same.
Caroline: well it sounds the same. your obviously in love with yuri
Ray: That isn't true! I'm not gay and I'm not a fag![/color]
Caroline: you don't have to be, haven't you heard of straight women that have the hots for girls?
Ray: yeah and that lesbian action is totally hot!
Caroline: well it can happen to guys too.
Ray: Now your just making things up!
Caroline: you don't have to belive me.
End chapter.

Chapter 4, i think i love you...eww that leaves a bad taste in my mouth.
Ray: Caroline! i need your help!
Caroline: what is it ray?
Ray: what do you do when you can't stop thinking about someone?
Caroline: well you either kill yourself or just see that person!
Ray: seriously!
Caroline: well you could think of something else that will take your mind off it, like play a game.
Ray: i tried that already and then someone showed up and it became a porno.
Caroline: wait what?!
Ray: nothing.
Caroline: listen, i gotta go. so just try and think of something else.
Ray: I'll try...
*later*
Ray: *on the phone, at work* hey Morganna, could you come over?
Morganna: sure thing!
*comes over to work*
Ray: hey Morganna, i was thinking. could we have...
*sees yuri*
Ray:..................................
Morganna: are you okay ray?
Ray: no, i'm not. listen i have some work to do...
Morganna: okay see you later!
Ray: hey yuri! i need to tell you something!
Yuri: okay, what is it?
Ray: I think..... I thinkheu.. i think.... i think i'm in loauahjhd..... i think i loajkshfj...... never mind...
Yuri: eh okay...
*finds caroline*
Ray: Caaaaaaaaaaaaaaroooooooooline!
Caroline: what is it ray?
Ray: this is horrible! just horrible!
Caroline: what is it?
Ray: i think your right...
Caroline: about what?
Ray: you know the thing you told me.
Caroline: thing
Ray: you said i was in love
Caroline: oh....
Ray: but how can this be? i like girls, girls girls girls! not men, that's just creepy!
Caroline: have you ever heard of the saying Love is blind?
Ray: yeah, kinda wishing i didn't hear it before.
Caroline: listen here, ray. i heard that yuri actually really likes you.
Ray: He Does!..... i mean he does?
Caroline: yep. go get em tiger!
Ray: your wierd.
*goes to yuri*
Ray: yuri i need to tell you horrible news!
Yuri: what is it? did nana die? oh that peacemaker wasn't enough! WWWHHHHHYYY!
Ray: no that's not it...
Yuri: then what is it?
Ray: I'm straight
Yuri: i figured that out by myself
Ray: no that's the thing, i am straight... but when i met you... i think i fell in love... what I am saying is i think i am in love with you..... god! that puts a bad taste in my mouth.
Yuri: Really?
Ray: yeah...
Yuri: I'll let you in on a secret, i like you alot
Ray: REALLY! i mean ehem Really?
Yuri: yep. come here!
*then they kiss for a long time*
Morganna: Ray! what what are you doing!!!!!!
*blinds close in the office they are in.*
Caroline: *smilies* don't worry, you'll find someone. and it isn't ray.
end
F

Original poster
Kind of reminds me of Brokeback Mountain. They fall in love and do stuff and the manly one is all "I ain't queer." But he soooo is. xD No matter how much he denies it.

Interesting writing. Would definitely be entertaining in a comic or something! I had a friend with a similar situation... He kept telling me he loved a guy but he liked women so it felt wrong. And I told him, maybe girl or guy didn't matter. But eh, I won't get too deep into it. >>;

What inspired you to write this anyway? *Gets in Lawl's face with a serious expression* o_o
H

Original poster
Brokeback mountain huh? I only saw a short part of that where the guy didn't have a shirt on and he was chopping wood

Hrmm, well I wrote this story about a year ago. I was waiting for my mother to get up so she could drive me to the college I go to, so I was walking around outside daydreaming. This story is what came to mind, once I got to school I typed it all up on the computer (cause I had some free time)
At first I was wondering what it would be like if I worked in an office and George Eads worked in it too, and he secretly liked me. Which is how the daydream started.
Show hidden low quality content
You must log in or register to reply here.
Share:
Reddit Pinterest Tumblr WhatsApp Email Share Link
Top Bottom