Was there once a time where all of Almdara lived in tranquil peace? A time where brothers dared not to raise their swords to one another and not demand that blood be shed? Where maidens did not fear to become widows while still young and innocent? With sword not drawn to deliver the coup de grace to end a fellow man's life? If such a time existed then it must be lost in the history of Almdara.

In the 8th year of King Roland's reign, the kingdom of Stonefall witness a tragic event. On the eve of the late king's birthday, assailants from Galeguard had managed to stow away in the king's chambers and assassinated him when he was most vulnerable. This foul deed baffled the people of Stonefall for they thought Galeguard was their ally and friend. Outraged by this deceit, Stonefall immediately declare war on Galeguard and swiftly assembled troops. Without the leadership of a king or a male heir having been born, King Roland's fourteen year old daughter, Princess Adeline, was force to ascend her father's throne. The young inexperience princess was bestowed with the guidance of her father's three trusted Generals who were to serve as her advisers. General Alphonse, General Clovis, and General Donatine pledged their allegiance to Queen Adeline and sworn to protect her and the whole of Stonefall with their very lives. 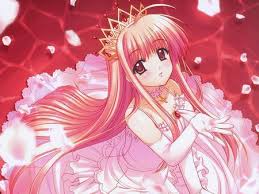 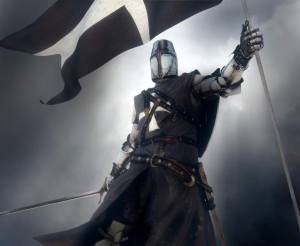 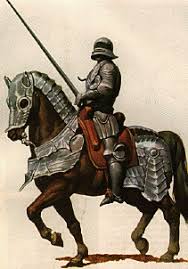 Galeguard had always planned to invade their neighbor even during the years of peace they enjoyed. In this time of peace, Galeguard bolstered their military force unbeknownst to their suppose ally. The well trained soldiers relished in the thought of testing their might against Stonefall's finest. To further boost the morale of Galeguard's forces, they had a newly fresh young General to lead them. General Ernsta was a prodigy from the military academy that escalated through the ranks during Galeguard's civil war, in which she became known as a hero. General Ernsta was given command over a large force of troops that reflected the confidence that Galeguard had in her abilities. Once war was declared upon Galeguard, Galeguard's armies departed fearlessly to meet battle with Stonefall.

However misfortune did come to Galeguard. During the years of peace with Stonefall, the late king of Galeguard died from illness causing a power struggle to ensue between his two sons; the eldest, Prince Adalwulf and the youngest, Prince Ewald. The will of their father's dying words was to give his youngest son the throne. The majority of the court refused to give the kingdom over to Ewald instead they favored Adalwulf as the successor. Two factions emerged in the court. Civil war ensued between the supporters of Adalwulf and those of Ewald. Eventually the sheer amout of Adalwulf's supporters overwhelmed the rebellious faction that was led by Ewald and consisted of the loyalists to him and the late king. Knowing defeat was eminent, Prince Ewald and his followers fled to the southern reaches of Galeguard and there founded the kingdom of Wealdguard. 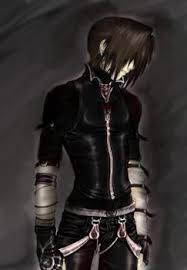 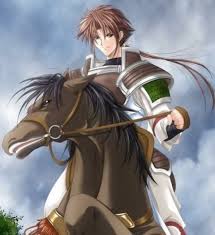 In the beginning stages of the war, neither side experienced a decisive victory. Both armies suffered tremendous casualties that weathered away at their troops' mettle. In hope of ending this stalemate, King Adalwulf sent orders to General Ernsta on the battlefront to switch her focus to Fort Bavoure that laid on the boundary line that separated Galeguard and Stonefall. Relcutantly General Ernsta withdrew her troops from their current skirmish and led them on the path towards Fort Bravoue. Stonefall made no haste in pursuit of the retreating Galeguard forces for they believed they had won the engagement. They decided to recuperate and rejuvenate their dwindling numbers. They did not perceive that their decision would end in their folly. 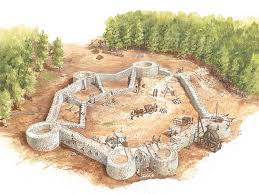 Fort Bravoure was seen as a symbol all across Stonefall. In wars past, many tried to occupy the stalwart bastion. However, no country's military had never succeeded in capturing the fort. General Ernsta's forces were met with heavy resistance once they set foot near the iconic fort. For weeks the amount of the dead increased as General Ernsta's forces dueled the Stonefall soldiers stationed there. The bloodshed split in their previous skirmish paled in comparison to the blood that was spent on the Fort Bravoure battleground. Both forces felt their stamina draining although they did not surrender their resolve. However on one faithful night, General Ernsta and her troops managed to break through the fort's gates and took the battle to those inside. The Stonefall's troops stationed at Fort Bravoure became demoralized when General Ernsta dealt a death blow to their commander, leaving them without leadership. With renewed vigor, the enemy troops dealt the key blow to turn the tide of the war into Galeguard's favor. News of Fort Bravoure's capture spread throughout the land and eventually reached the ears of Queen Adeline and her advisers. Soldiers were ordered back home and Stonefall went on the defensive.

(more story to come in next post; feel free to express any thoughts or interest)​
K

Original poster
Re: [Fantasy] Fleeting Souls: Our Hearts Are One (work in progress)


General Alphonse left the Queen's side in order to provide aid to the forces struggling at the border. Galeguard's forces saw the victory at Fort Bravoure as a good sign. Enemy troops swarmed into the border through Fort Bravoure. General Alphonse and his elite knights led a small cavalry unit towards Fort Bravoure to assist Stonefall's soldiers who valiantly tried to stave off the enemy so they wouldn't reach inland. The new addition of reinforcements allowed Stonefall more precious moments to spend before Galeguard found a way to break through their defenses.

With supplies dwindling and troops depleting, Stonefall was in dire need of assistance. The years of preparation that Galeguard had showed in their relentless assault towards their enemy. The odds were against Stonefall but they surprisingly held their own against the forces of Galeguard. Upon examining the circumstances, Queen Adeline ordered that Stonefall seek the aid of their southern neighbor and ally; Thunderhowl. Despite the pride of her advisers, General Donatine set out towards the kingdom of Thunderhowl under the banner of Stonefall.

General Donatine arrived at the castle of Thunderhowl's king, King Balduino, in one month's journey. Being close allies and friends, King Balduino wasted no time in supplying Stonefall with new troops and much needed supplies. Thunderhowl was known to produce keen and master archers. Such archers were sent with General Donatine back to Stonefall to provide more numbers. Along with these troops came King Balduino's daughter, Princess Ercilla who although young had already proved herself to be an ace sniper with the bow. 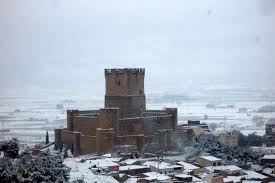 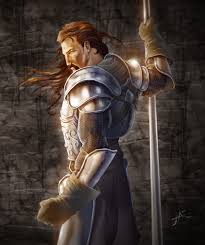 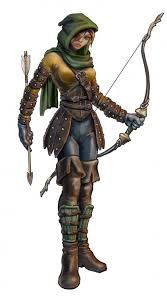 With the influx of new troops to support Stonefall in her endeavors, morale among the troops increased. The ongoing battle at Fort Bravoure saw the momentum of the war swing back into Stonefall's favor. General Donatine along with Princess Ercilla joined General Alphonse in the struggle to regain control over the iconic fort. The delay in reinforcements for General Ernsta assured Galeguard's lost of control over Fort Bravoure. Despite this setback, General Ernsta doubled her efforts to thwart back the improved numbers of Stonefall's troops. However in the end, General Ernsta was dealt a blow by Princess Ercilla that caused them to be routed by the joined forces of Stonefall and Thunderhowl. General Alphonse remained at Fort Bravoure, with troops consisting of both Stonefall and Thunderhowl, while General Donatine and Princess Ercilla made their way to the castle of Queen Adeline. 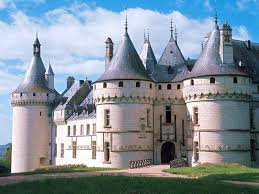 The lost of Fort Bravoure and with their star General wounded, a slight ripple of discouragement spread among Galeguard's troops. With renew numbers, Stonefall had pushed back the invading force from their borders and eventually took the battle to the lands of Galeguard. The once confident armies of Galeguard found their resolve lacking in the face Stonefall's and Thunderhowl's joint offense. The join forces of Stonefall and Thunderhowl had extraordinarily forced the aggressive of Galeguard into being instead focus on defense. Displeased by the turn of events, Prince Adalwulf ordered the use of a few wyvern rider regiments to provide support to the troops on the defensive. Under the leadership of the experienced veteran General Gerhard, the small wyvern rider regiments left the confines of the capitol and flew into the fray. 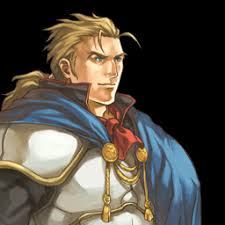 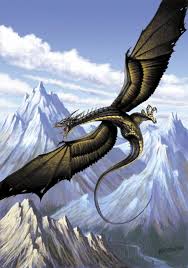 
Princess Ercilla recieved a warm reception from the young Queen Adeline upon her arrival with General Donatine. The two seemed destined to be friends it appeared. However the grim reality of war soon damper the mood. General Clovis, General Donatine, and Princess Ercilla discussed the tactics of their next move against Galeguard. Queen Adeline also offered her advice. The war meeting was soon interrupted by a messenger from the battlefront. The messenger told of the wyvern rider regiments that bolstered Galeguard's defenses. With a new variable added to the equation, previous suggested tactics were altered in order to devise a plan to deal with the added defenders.

(more story in next post; feel free to express any thoughts or potential interest)

Original poster
This is a very interesting and detailed backstory.
I'm not entirely sure if I'd join just yet, though - I'd like to read your story the whole way through first!
S

Original poster
OK- you are obviously putting a lot of work into this. Thanks for letting me know. However, it's looking too military for my taste. I know this is still in progress so, is the RP going to start after, before or during these wars? Do we have to play as one of the characters you already mentioned (fill-in-role) or do we get to create our own?
K

Original poster
I plan on the story taking place during the wars. Players will make their own characters while I will control the the characters mention throughout the story. And um yeah I forgot that I read that you didn't care for military campaigns. Sorry :( But yeah this roleplay will mainly focus on the military. I also plan on making different threads that are concerned with each country. So basically I am providing a world where your characters will interact in. Plus i will throw in scenarios and whatnot.

It looks pretty intense... lots of plot and background. Any interest yet? I could maybe look into getting some support drummed up for it.
K

Original poster
I would love to have some added support. I feared that this wasn't accumulating much interest so sadly I put it on the back burner. I'll get back to filling in the rest of the story if interest improves. :) Thank you for your generous offer.
D

Original poster
Well I for one am extremely interested. I am in the priocess of moving though so it may be a few days before I can join up
N

Original poster
Can you make OOC? for this rp?
K

Original poster
Awesome! Thanks guys for your interest :)

@nograd: Once I get everything piece together I'll make an OOC :)

@Mordecai: No problem man, it may take me awhile to finish the final details of the story. :)
K

Original poster
I'll get around to posting more info. If you guys have any friends that would be interested l, please feel free to refer then to this thread. I'm planning on each country having their separate tale.
S

Original poster
I would like to give it a try, though I am not sure if military would be my strong suit. Though it sounds very interesting and exciting. So let me know.
K