Original poster
So - its been out for a while now and I'm just curious.

I played through it, damn near to the end, before trying another character. I haven't picked it up in a while. I'm not ready to admit it, but, think this game was a bust. I'll try to get into it again but compared to the first one its such a let down in my eyes. I pre-ordered and was so f'in excited to get it and haven't even taken the time to finish it off.

Anybody else feeling this way about DA2?
S

Original poster
I really, really enjoyed it. I don't know why I'm having such a different reaction than everyone else I know! Everyone else thinks it sucked, or just wasn't as good as the first.

Personally, I thought it was better than the first one, and for no particular reason. It was buggy as hell, but I'll be damned if I didn't have a hell of amount of fun playing it. 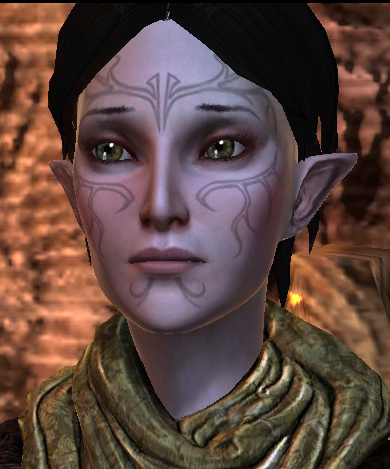 Original poster
Meh, DL'd it, too poor to purchase. I was right though. I'm not saying it's a bad game by American RPG standards, by all means that goes to the Might and Magic games, but lackluster indeed.
F

Original poster
I haven't played it yet, though to be honest, I'm uninterested. None of my friends really liked it and after reading about it, it looks so... Meh. I don't like to judge a game before playing it, yet... :/

I'm sure it has its pros, but I'm convinced it's not as great as the first one. Disappointing indeed.
S

Original poster
Not at that graphics level she ain't.

I dunno...I felt that playing through the demo it bothered me a bit in continuity.

Anyone else notice that when Flemeth meets you in DA1, she doesn't even bother to dress for the occasion? But in DA2 she wants to get all snazzed up.

Small incontinuities bother me personally, as I'm invested in story...Haven't decided whether to buy the game yet or not.
X

Seiji said:
I really, really enjoyed it. I don't know why I'm having such a different reaction than everyone else I know! Everyone else thinks it sucked, or just wasn't as good as the first.

Personally, I thought it was better than the first one, and for no particular reason. It was buggy as hell, but I'll be damned if I didn't have a hell of amount of fun playing it.

Alright - I'll give it that on the first play through the story line was entertaining, the advancement to the combat system made it more interactive which was enjoyable and having an anders/justice combination was interesting.

But beyond that - it failed in comparison to the first one. There was way less variation. Only one race, only two options of armaments per class, one new prestige class per class, only main character gets to equip different armor and the like. But all that I could over look because the first play through was entertaining. I got to the end and decided to try the evil way instead of the good.

Now - I loved DA 1 because each choice made comes back later in the game and damn near the whole style of the game can be changed by which paths you choose to take when, what characters are with you at the time and so on and so forth.

My second play through, first being all good - helping the mages, blah blah, there was absolutely no changes in the story line for going evil as evil could be. Except that my followers got different bonuses and there was a slight variation of where you meet alistair. But no different quests for being bad, no big change in the responses you get from NPCs or flow of the story.

First play through - it was fun, entertaining and playable. Still haven't beat it but I'm right there and I probably will. But I pre-ordered it, waiting patiently for it and dropped money on it expecting it to be more like the first where it had massive replay value. Guess that is where I am disappointed in the game is that it lack any form of replay value except seeing what the other classes can do.
Show hidden low quality content
You must log in or register to reply here.
Share:
Reddit Pinterest Tumblr WhatsApp Email Share Link
Top Bottom