All the professional sources seem to say Inafune announced it as a reboot, yet most people keep speculating that it isn't. The old fans and player-but-complainer-unfans seem particularly in denial that it isn't just a prequel to Dante's Awakening but in a different style. :P

I intended to joke about what the new Devil May Cry would be like when Inafune first announced that they would be redesigning the franchise to appeal more to the Western market. Then this came out.

Anyway, I still like the action choreography--and I normally hate when most gamers go all "They Changed It, Now It Sucks"-- but this would be one of those rare times I feel hostile toward a "new direction. "

The original series gradually shifted from tongue-in-cheek homage to full-on affectionate parody of a self-indulgent fanfic written by a rabid fan of 90s Hong Kong cinema, action anime OVAs, and American comic books (with very mild gothic leanings for flavor). DMC4 seemed like it accidentally slipped a little. This seems like, after obviously running out of ideas midway into DMC4, they just decided to to base the games directly on bad fanfic.

Interestingly I've been seeing mixed reactions to this new game everywhere(everywhere where people actually even know about it). They really do seem to be attracting those who hated or avoided the previous games because they missed the point and wished it were more serious and less anime-esque.


I'm trying to withhold judgment, but I've got a feeling that in addition to the aesthetic, "more western," means less intuitive, so I won't be able to instinctively outplay more technically-minded players simply like I could with DMC 3. :(

On the bright side, they probably won't shy away from storytelling opportunities the way DMC 4 did. Though with Dante's more cavalier "rebel" attitude replaced by a seemingly angrier, angstier, scowling-middle-finger one, I'm not so sure how much of an improvement that will be.

FOLKLORE MEMBER
RAAAAAAAAAAAAAGH. IT IS DIFFERENT, THEREFORE I HATE IT.

But seriously, fuck the new music. O_o I liked the butt-rock of the previous 2 games, gave it character, not this shitty punk music. And fuck this "WHAT. IS. YOUR. NAME." bullshit, too. And where the fuck is Rebellion!? He better be some badass boss that Dante has to kick the shit out of in order to obtain as a Devil's Arm.

So, yeah, the trailer was terrible. Here's to hoping Ninja Theory can not suck for once and give us a decent Devil May-sorry, DMC, game.

Oh, fuck you, Capcom. Fuck you.

I'm not gonna jump into details, but this looks terrible. If you need me I'll be playing Dante's Awakening.
A 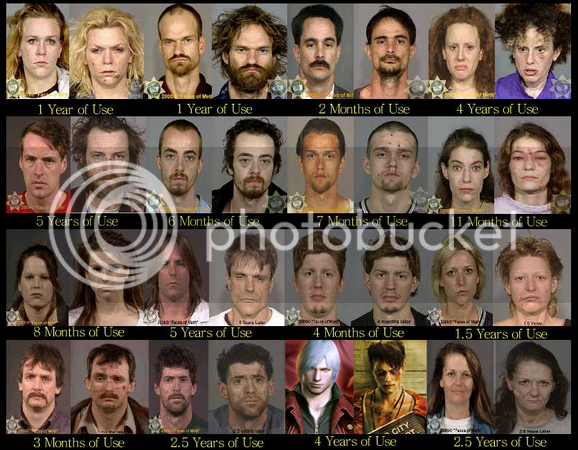 Original poster
For me I think it's kind of shallow why I hate this game.

If they just had regular silver-haired Dante doing everything he does in that trailer I'd be fine. Why redesign him so drastically? All that makes him Dante in this trailer is Ebony & Ivory. That's it. And maybe the red coat if you push it. His facial structure looks like Amp's post above me says. His hair looks like it belongs on some emo band member's head. He looks like SHIT. And honestly I wouldn't be the least surprised if it went even further in Coffeecake's joking direction and they just SHAVED his head & tossed him into Halo armor.

Even the music doesn't bother me cause I'm a 360 owner. If I don't like the music a game has to offer I just turn on a custom soundtrack & enjoy the damn gameplay. If you complain about music too much then why did you buy a VIDEO GAME? Although for those of you upset with this trailer's music I DO have a suggestion. Watch the trailer with the sound muted and start it with THIS playing in the background.

But seriously. To me when a video game has a good soundtrack it's more of an incindental plus than an expectation. I've seen too many fails in game music compared to success in having an original theme to really hold out for good music every single time. Anyone remember the ROUSING soundtrack to Borderlands? No you wouldn't. It has one theme playing on a radio in the intro and that's IT. But the game was still fun and I play it to this day. So there's not any reason for me to get mad when the music takes a downhill turn.

Except for Castlevania, MGS, or Silent Hill.

Which IMO it never has for those series.


My other reason for disliking this, quite frankly. . . is that they changed his voice. Just for that one moment you hear him in the trailer it was dissapointing to me. Because even though DMC4 slipped up some I still thought that Dante's voice had finally grown on me all the way. It's not that this one doesn't have an ATTITUDE behind it or anything. But it just falls into that western stereotype voice of trying to sound gravel-y & cool. Trying TOO hard. Without any real life behind it. We already had that kind of Dante in DMC2.

Do they really want to remind us of THAT kind of Dante?

Then again he only said ONE LINE in the trailer so who knows.
A

Original poster
I dunno...maybe it isn't Dante at all. LOOK AT HOW SLOW HE'S SHOOTAN DEM GUNZ.

I remember when DMC4 came out and everyone saw the "young-looking Dante lookalike" it was all WUT WUT too. I never played DMC4, so I don't even know if there's some sort of backstory to why Nero looks so close to Dante as he does.

Maybe MethDante is some sort of descendent or just someone who looks up to GloryDaysDante? I didn't notice it the first time I watched it, but MethDante has a white patch of hair at the back of his head. Like a skunkstripe-looking thing...
W 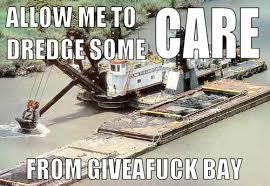 my feelings on DMC.

FOLKLORE MEMBER
And yet more reason to hate on the new DMC: