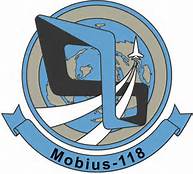 So... this is my first time trying something like this. Not really sure what exactly I'm doing, but hopefully I'm not so clueless about it that I couldn't find my own ass in the dark without a flashlight, map, and written instructions.

Anyways, this 'group' RP has been going on for quite some time now between just me and Dakota K5, and I've finally decided to make some effort and put out a request for more players. I'll put links to the IC and OOC pages for the tread here, plus a bit of a summary of what the RP is gonna entail should anyone decide to join in.
IC thread: The Destroyermen | IwakuRoleplay.com
OOC thread: OPEN SIGNUPS - Destroyermen OOC and Signups | IwakuRoleplay.com

Basic summary: Alright, so during the 2nd Battle of the Java Sea on March 1st 1942, three additional American vessels were on the run along with the British heavy cruiser HMS Exeter, destroyer HMS Encounter, and the American destroyer USS Pope. These vessels were two Wickes Little-class 'four-stacker' destroyers (USS Walker and USS Mahan) and the ex-commercial freighter SS Santa Catalina, which had been retrofitted as an emergency relief transport/destroyer tender/submarine tender, now designated USS Black Hawk (AD-9). Exeter, Encounter, and Pope are all slaughtered as they fled the advancing Japanese fleets, just like what happened IRL, but Walker, Mahan, and Black Hawk manage to survive and escape the Japanese naval and air forces, despite the late entry of the massive battlecruiser HIMS Amagi. The three American vessels escape into a rain squall that soon swallows Amagi as well, and all four end up on an alternate version of earth where humans do not naturally exist, but is instead inhabited by prehistoric-like beasts in the sea and on land (including some dinosaurs and some things much worse than dinosaurs) and two major races of sentient human-like animals. The more peaceful, friendly, and human-like one is the Mi-Anaaka, as they call themselves, though we know them as 'Furries' (no further explanation needed). The other predatory, vicious, all-conquering one is known as the Grik, which are lizard/bird/human-like creatures that basically always try to attack and eat everything that they come across. Walker and Mahan emerge from the other side of the squall on this new world, initially not having any clue that they're not on their own earth anymore, or where Black Hawk is, or what became of Amagi and the rest of their pursuers. They get several rude welcomes to their new world and eventually make first contact with the Mi-Anaaka, and this is about as far as we've gotten thus far.

Some characters in particular that I'd love to see someone add are crewmembers and officers aboard Black Hawk, which (spoilers) will end up stranded and isolated from the two 'flush-deckers' and try to conceal herself and hide somewhere to stay safe, but eventually her entire crew will end up dead before the other Americans discover what happened to her.
Show hidden low quality content