Original poster
Hello~ Futaba here and I need a partner (Long term if that is okay?) for a Demi God role-play!
I only have 1 plot for this and I will need a female character but if you have another plot in mind do tell ^^ I will be interested to hear it!

~Plot~
Hayden is a 16 year old boy who lives a normal live with a normal family or so he thought.
It was a normal December day, blankets of snow covering the grounds, people in scarfs and gloves.
Well that day was the day Hayden and his classmates were going to visit a Greek museum where he would meet YC, who was the daughter of (Greek god/goddess). Taken back from the non sense she said, he didn't believe her and just thought of her as a crazy person until she showed him herself.
Then that's when everything changed.


Not the best plot, took a few things from Percy Jackson but this won't be like Percy Jackson! Keep in mind, so no bring up characters from the books cause I will be a very confused scout and I don't wanted explaining so
This is my character
|
|
|
|

~Name~
Hayden Nathanial Robertson
~Age~
16
~Birth date~
October 2nd
~Sexuality~
Bisexual or pansexual
~Personality~
Hayden is bitter and rude at first, giving off a.. I'll beat you up if you touch me vibe but once
he gets use to you he can be very clingy and gentle.
~Looks~
Hayden has pitch black hair and deep grey eyes, sometimes a steel blue color. His skin his a very pale/fair tone.
He normally wears plain t shirts and leather jackets with hoods or plain sweater. He also wears a lot of skinny jeans and vans or hightop vans.
~Height~
5'4-5'6
~Weight~
117-120
~Background~
He lived with his human mom and step dad. His mom worked as a nurse at a local hospital and his step dad is a cop so they were normally never home till late though with his mom taking a lot of night shifts and same as his step dad they were normally not home till 4 o clock in the morning.
He has an older brother named Mathew but he is never home because of college.


Character you can fill out!
~Name~

if you'd like to do this role-play with me please PM me or comment on this thread!​
Reactions: 1 person

The Angel of Song

Genres
Romance,Fantasy,Modern,Magical and Animal are just a few genres I prefer.I want to try Horror though I have never rped in this genre. 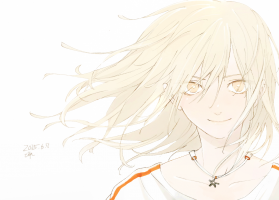 Genres
Not generally picky. Open-minded and willing to see beyond the horizons.