Plot
DeathRow is a team of super villains formed by the U.S Government in 1981. This team is used for clandestine operations and full on assaults on countries. Threw the decades there has been many members. Each member of DeathRow has a bomb, Poison, Etc (Whatever can kill them) surgically implanted in there chest. This is how the Super villains are forced to go along with it. DeathRow is has had some seriously dangerous Super Criminal in it's ranks. Most DeathRow member never make it out but dying is the most common. DeathRow is even on conspiracy webstes and is rumored to exist by the super hero and villain communities.


Rules
1. All site rules apply...Of course
2. Don't be a absolute jerk
3. Enjoy the Roleplay
4. No Killing Character without permission unless the story calls for it
5.Romance is allowed but please cut to black when things get...hot

6. Swearing and gore is cool too

Limited to 1-3 powers. Please no OP Characters. You also don't have to have powers and just be a gadget using character.
​
Last edited by a moderator: Mar 7, 2016

um plot or thoughts? Very hard to be interested when I have no idea what this rp will be about.

Well this posted was for the people who showed interest in my DeathRow interest check. Still sorry I will post a link for you guys to have a direct access to it.
Reactions: Emi

1. Where is this located?
2. What kinds of missions will they be doing? (Stopping other villains, going against rouge organizations etc.)
3. Who is founding this organization, and who will be the leader and keeping them in line?
4. Will there be superheroes also? Maybe some that the team will have to go against?
5. When did this deathrow start?
6. How many villains will be in the group?

1. Where is this located?
Well the U.S or are you saying what part? It is hidden in the Nevada Dessert
2. What kinds of missions will they be doing? (Stopping other villains, going against rouge organizations etc.) Mostly invading or infiltrating enemy countries, Sometime allies and fighting villains and more.
3. Who is founding this organization, and who will be the leader and keeping them in line?
That will be reveal later but good chance since this is a suicide squad rip off it will be a fat black woman...Maybe.
4. Will there be superheroes also? Maybe some that the team will have to go against?
Of course, What are SV without SH!
5. When did this deathrow start?
1981
6. How many villains will be in the group?
...At least 4 and at most 7 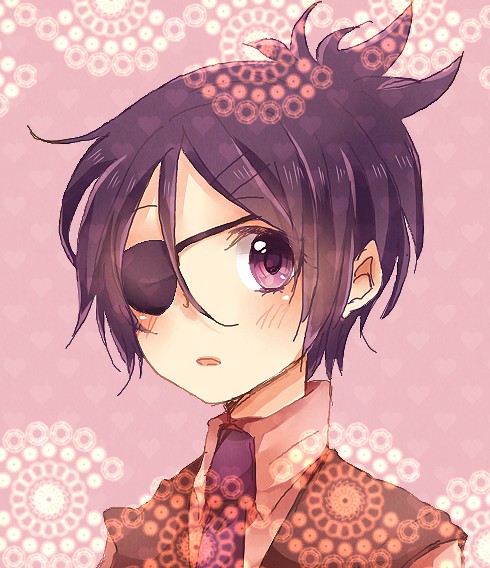 Personality:
Maria, AKA Oneshot, is actually a fairly competent assassin. Most people don't see it at first glance, because she's every sweet and caring. However, she also has no regard for targets and she has no regrets in taking them out. Not even if she had been arrested for trying to kill the president. She seems to be the most well adjusted to DeathRow and has no problems doing whatever the government wants her to do. Sometimes she is allowed to make cookies for the group because of her non-confrontational nature and compliance.

History:
Maria was born to a whole family that was broken after an assassin killed her father and her mother died due to birth complications. She lived with her father for some time before his murder, but she was still too young to remember it. After he was killed she was taken in by his assassin, who in a fit of mercy decided to spare her and raise her instead of leaving her there. So she grew up in new home after new home her life was fairly normal until she was about ten years old.

She stumbled upon her adopted father's work and instead of rejecting it, Maria said that it was cool and started to learn more about guns and how to handle them better. If she was to know about his work then she had to be able to defend herself from other people who would probably want her dead. At fifteen she was more than capable of taking out targets on her own when her powers kicked in. She was always covering her father's back through a sniper rifle's scope.

She took out several high profile targets before she got caught because she had been ambitious. She was hired to kill the president and nearly succeeded. This drew the attention of DeathRow and thus they recruited her. She decided to go with it and admitted to all her crimes.

Powers and Skills:
Super Aiming Skills- Give her a gun and a target and it's almost garunteed that she'll hit her target. Her perception is also risen by this and thus, Maria is resistant to illusions.
Super Balance- Maria can balance on almost anything, even if it's unsteady or wobbling. She's more balanced than the normal human.
Advanced Martial Arts Training- Maria is a black belt in Judo, second dan.

Ada has become a bitter woman since the death of Dr.Doe. She little contact with people in the past months. She has always been distrusting of people outside of the island she lived on. She is usually very polite and quite but she will explode on a guard anytime she gets. Ada has experience of leading teams and has show to be loyal to the end. She has taken torture for the safety of Dr.Doe.

Ada was born in Liberia in a poor village. She had both parents in her and three brothers. Ada was never a good worker and her Father believed she was only good for standing around. He was a rude and callous man who showed little love. When she was 8 her mother caught tuberculosis and died over a year later. Now the only person that loved her was gone and she was at the mercy of her Father.

Her Father eventually grew tired of Ada, He believe she was useless and sold her. When Ada, Now 14 was walking home from school a van road up behind her. It then stopped and a large man jumped out, grabbed her by the waist and threw her into the van. After that Ada was one of the many children sold to Dr. Doe. A man that wore a white masked preformed genetic altering test on people. He turn men into monster beyond recognition.

She at first worked for Dr.Doe for the first few years and assist him. He was kind and caring to Ada, He feed her 3 meals and dessert along with a home on a island. She had her own room and brand new everything. He even acted as if he loved her. When she turn 20 Dr. Doe asked if she would become his master piece, A beautiful weapon of destruction. Ada accepted, She had come to do anything for him.

Dr.Doe had gained his hand on Ada D.N.A awhile back and charged it with a strange Solar based energy. This then was introduced back into Ada's D.N.A and Ada's body was hit with that same energy transforming her. When he finished Ada possessed the power to shape solar energy into energy pulses and blast. She then joined a team of Dr.Doe's creations and attack humanity. She served Doe for 10 years but when he was finally put down because he tried to turn a city into mutated monster. He was taken down by some Hero's and was accidentally killed in the conflict by his own monsters. Ada was then taken to prison and kept in a dark room getting little light Solar energy.

Solar Beam Emission - Can release concussive pulses of energy and raw beams of energy. This energy is able in incarcerate things at full power. The draw back is she needs solar energy to use her powers and she can only hold her charge in battle for 3 hours.

Flight - She glides on the Solar waves to obtain flight. At night she is able to do this also but would burn her out quick.

Solar Regeneration - Can use solar energy to heal deep flesh wound she sustains in 3-5 days if cared for properly. She can heal her broken bones in a week.