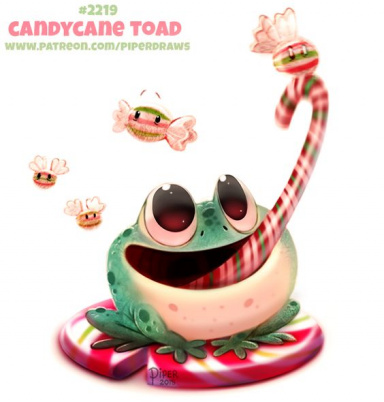 Main Base: The Land
Name: Raven Griffith
Nicknames: Raven (yes it can be confusing with her real name!), Monkey (her brother tends to get on her nerves with that one), Sis (by some of the orphans)
Role: Criminal, part time tinkerer

"Ravens. Black birds with a morbid reputation and a mischievous nature. Misunderstood birds of the highest intelligence and resourcefullness. Feathery creatures that mean trouble and take flight into the night.... Does it really take feathers to be one?"​
Ravens thrive in the wild, but this little Raven had been removed from the wild while very young. She had no choice. In order to survive, she and her brother had to flee to the Golden city. This little bird walked in the cage on her own free will. Only it wasn't a golden one like its name led you to believe. With their father in unknown whereabouts and her brother doing his best to keep them on the Land and not in the Underground with less than questionable methods that earned him the nickname Moray, Raven had to adapt to the new confined reality. And adapt she did.

You see, Raven has a keen eye and a sharp mind. Allow her to observe and she can experiment on her own to perfect things she had never been taught. Creative mind and a need to use anything and everything in her disposal to solve problems arising from their less than ideal living conditions has led this sixteen year old to be a part-time tinkerer and inventor....

Well, at least when she is not out there justifying her nickname which is actually her name, despite not many people knowing that. It's not just her brother who is a smuggler that gives home to orphans, The Moray. This rebelious and independent teen follows suit, despite her brother's constant warnings and orders. From oxygen tanks to mechanical parts, Raven can lift and carry through the rooftops many a useful and valuable things. Athletic nature and experience in climbing and living in the wild, while making their way to Golden City, makes such a task rather easy to her. Which brings us to her specialty. Cable Racing.

The way this young girl learned how to seamlessly jump rooftops and slide down cables, making it seem as if taking short flights, combined with her mischievous and bold nature earned her The Raven nickname. Her choice of a combination of dark colors or straight black clothing while racing, might have something to do with that as well. Not many people know that The Raven is a girl instead of a young boy. Raven might be a rash and headstrong individual, but she is no fool. When racing or 'working', a breathing mask and hood covers her features while bindings hide her still developing bust.

Eventually Raven got a few more 'siblings' around. She fully supports her brother's idea of giving a place to stay to orphans and even goes out on errands with them from time to time. *Cough* She might've recruited some for her own expeditions too. *Cough* That's when Raven gets to relax and be more of a teenager than an upstart smuggler or way too young adult. She is prone of having fun and play games with the younger of the orphans as well as teasing and having banter with some of the older ones. Singing often occurs during those times and it is the only time this ever takes place.

But despite her family getting larger, Raven is still looking for clues of her father's whereabouts even as it seems that Hagen has abandoned the search. Even as a little girl, her father had been rather distant, dismissive of her even, but it only served for Raven to be more stubborn and work harder to get his attention and make him proud. Now that her mother is gone and she is more or less playing such a part herself when it comes to some of the orphans, she refuses to abandon that one piece of her old life unless she absolutely has to.

Appearance: Standing at the impressive height of 1.62 meters, Raven boasts an athletic and strong build. Redish brown hair that reach to the base of her neck are often kept in a casual half bun when working or not relaxing at home. A cut over her right eyebrow and piercing blue-green eyes make for a fierce face and a tomboyish appearance that is topped off with her choice of clothes being less than... protocol for a woman.