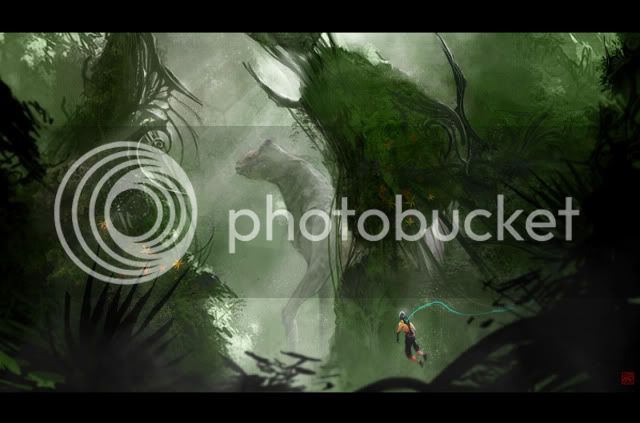 Name: Krysta Withhold
Gender: Femlae
Age: 24
Species: Human
Family: None, they are all dead
Personality: Because of her being forced away from her family she distanced herself from the other people on the space ship and tried to make threw the days on her own, towards the most people she is cold and distance but there are a few that she actually cares about and are warm hearted towards.
History: Five years ago earth was destroyed of the force of nature. The government built space ships that would be able to take some chosen people to a new planet where they could live and build up humanity again. The chosen once didn't have a choise and got torn from their familys. Krysta was one of the chosen because of her knowledge, even though she was young she was a genius. They wanted people with good genes so that humanity could become better than on earth. Separated from her family Krysta tried to escape from the government but didn't suceed. They only spent four years on the space ship before they came to their new home, but their new home wasn't so good as they had expected, the air was hard to breath and there where gigantic animals that tried to eat them. Few of them survived the first weeks. Some got eaten and some got poisoned because they didn't knew what they could eat and not eat. Some of Krysta's dear friends died during the first weeks there which made her very bossy, she didn't want more people to die so she and a few other took comand of the people to try making it better for everyone that survived. Now Krysta and the few survivors must make everything they can to be able to make it in their new home.
Current Goal/Purpose: Survive in their new home
Appearance: She is pretty muscular for a girl because of the way they live, her dark hair goes down to the waist and she often has it tied up in a pony tail. Her face has a muscular structur, she has dark skin and brown eyes. She often wears tank tops and baggy pants. With her 1,70 metres she is the tallest girl in the group.
F

Original poster
Name: Aeric Van Allen
Gender: male
Age: 30
Species: human/sylph hybrid
Family: doesn't remember due to genetic experiment
Personality: hasn't got one yet. He is still relearning about life.
History: the van Allen family was once prestigious, veritable rulers of this lush forest. However Lucian van Allen, the patriarch of the family was a madman. He went so far as to attemp genetic reconstruction in hopes of both creating an absolute force while extending his own life. During this testing, a man from another family infiltrated the home and slaughtered everyone within... Except Aeric.
Current Goal/Purpose: relearning who he is.
Appearance: largely humanoid, with green and pink skin and leaves for hair.
D

Personality: She has no emotions, but is always curious which gets her into trouble.

History: White (806 bot) was created by a cooperation called Nex. Nex was basically a civilization of geniuses that wanted to build a world of robots. It took them many generations as they were confined in a bubble like dome that made them sealed from the outside world. The world outside was getting lusher and creatures were soon growing and species were developing. As a new line of androids were finally made, the dome was destroyed by creatures and plant life soon over grew the city and thus made the factory shut down. The only android that was left in mint condition was White. White awoken in the middle of the forest, unsure of her surroundings she took as much data as she could, finding bits and pieces of the city that is now covered in bush and agriculture.

Appearance: She is small and dainty. She wears a helmet that covers her short white hair. Her eyes are ultra violet purple. Each joint on her body is conjoined by a part. Some pieces of her fall out here and there, but she learns to bandage them up or pop them back in.

Personality: He is just, honest and kind but also fierce and unyielding. Laegen cares for all forest dwellers, whether animals or the nature he lives in and whoever hurts or destroys what he cares for will be delt with severely. Laegen is part of the forest and his personality matches the trees, steadfast, patient and strong but also relentless and stubborn, never giving into any outside pressure and does his duty with a slow and meticulous concentration, he speaks the language of the trees, the whisper of the wind and the running water but he can understand a bit human language, those times he would need to speak with a human he would use telepathy by the means of some kind of physical contact using his body or tree vines.

History: He was born from the light of the moon and the spirits of water, earth and air. From the start he was destined to care for the Great Forest, the area is so large that many forest spirits cares for it and Laegen is the youngest so far. They are related but at the same time they are not, the forest spirits are made of the same material but each has a different soul controling their body and that is what makes them unique though they all still have the same goals and powers. Laegen is currently caring for the northern parts of the Great Forest and deals mostly with animals and the trees but recently humans have stumbled into his domain and Laegen keeps a close eye on them to make sure his forest is safe. He will rejoin the forest when his time as guardian is up or when he fails his duty and the forest dies or gets destroyed.

Current Goal/Purpose: Caring for the northern part of the Great Forest.

Appearance: Laegen is around 346 feet tall but at his full height he will surpass 400 feet and in reality he will never stop growing as he takes his nurturing from the forest and will continue to grow as he is intimately connected to the forest. He has a body structure similar to a humanoid cat, a slightly longer than average neck, a feline like face with a flat and broad nose bridge and small ears that point straight up without much definition. He has long legs and arms but the rest of his body is quite elusive, changing shape or tuning out of reality if needed, his body is only half solid and after death wil seaze to exist and join the forest so Laegen's body, if someone could manage to come close enough to feel it, would be like smooth polished wood with moss and lians growing in patterns over his massive body, small animals even use him as a mean of transportation.
Show hidden low quality content
You must log in or register to reply here.
Share:
Reddit Pinterest Tumblr WhatsApp Email Share Link
Top Bottom