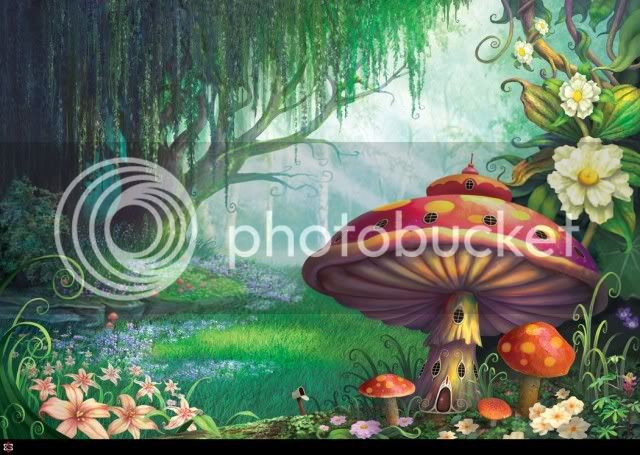 Original poster
Name: Lis des Arbres
Gender: Female
Age: 2000 (Equivalent to 20 in human years)
Species: Fae. A small folk, their size is roughly equivalent to that of a small songbird. They are all very human-like, except for their unusual wings, which come in various shapes and sizes to help them navigate the forests in which they dwell with relative ease. 100 Years of their life is equivalent to one human year in terms of development and aging. Because of this, most deaths are due to unnatural causes such as being preyed upon by birds or exploited for the dust that crushing their wings forms, rumored to cure otherwise fatal ailments. They have an innate connection to flowers, for they are born when a seed falls into Lake White. They have magical powers but they are not powerful enough to do more than temporarily subdue people.
Family: N/a
Powers:
Flight: She can use her wings to take to the sky, but not too high or else the winds will have their way with her. Because of her job as a forager, she has endurance that most Fae do not, being able to fly for hours on end without suffering exhaustion.

Light Magic: She has magical properties that allow her to light up in bright colors, dazzling and temporarily blinding would-be predators. She can also light up certain parts of her body to project light forth, allowing her to see in the dark when others can't.

Personality: Lis, like many of her race, has a mischievous personality around humans. She tends to have a bad habit of interacting with humans too much, enjoying the gullible and innocent nature of their children. This stems from a curiosity that tends to get the better of her, clouding her better judgment and making her rush to find the answers she wishes to have. However, she carries the belief that man is to not be trusted, forming bonds with them rarely, if at all. Unlike others, her personality toward other Fae is not nearly as extroverted as other Fae, making her stand out against the merry activities of her kin.

History: Lis was born without much event, her seed falling onto Lake White, soaking in its mystical water, and then acting as a chrysalis before she finally came out from the depths after several centuries, a small child. The nearby community in Forest White took her in as they did the others, teaching her about flying, the all-important ideal of equality, the magic within her, the many spells of the other creatures and the Shapeshifters, and above all else of the dangers that the vile humans posed on her home.

The terrifying tales of those vile machine-makers using their "science" to raze whole forests, uprooting entire communities of her folk, making her natural predisposition to fear anything larger than her already worse, binding her closer to her fellow Fae. However, Fae society was not without flaws. The system stressed equality, but failed to enforce it, the Elder Fae possessing the status of a living deity, commandeering the community's functioning without the consent of the other Fae. However, she possessed a series of powerful guards, who could crush all other Fae that stood in her way, thus intimidating the majority into obeying.

Integrating herself into this society despite her feeling innately bound to it was very difficult for her. She was not able to sing like the others nor could she sew like her fellow Fae. Her lack of any useful magic cut her out of the more prestigious alchemy profession. Her only talent seemed to be a particular endurance, a will to last that most others did not have. The community noticed this in her, thus making her become a forager for the greater good.

Foraging proved to be quite a simple job, soon leaving her to do other things while on the job. She would often run into human children, messing around with them and even tricking them into doing her job for her at times. While this did slightly improve her image of humans, it only gave her hope for their children, not the evil that she believed to exist within the adults. In an unfortunate turn of events, however, a fellow forager turned upon her, reporting her interaction with the machine-makers to the Elder Fae.

This did not sit down quite well with the Elder Fae of her village, a stern old Fae who was reputed to have lived in the time before humans. The Elder Fae exiled her from the grand community tree, the tree where most of the other Fae lived, and forced her into the humble mushroom home, a lowly hut compared to the homes in the tree meant to rob Lis of her dignity and ostracize her from the other Fae. It seemed to work pretty well, for in response the young lady made plans to run away, contacting the Shapeshifters who lived near her home on the outskirts of Fae society.
Current Goal/Purpose: To flee a society that she finds repressive and start anew in another land, possibly changing form through magic to do so.
Appearance:

Original poster
Using only your criteria:
Name: Dornir Hollyfoot
Gender: Male
Age: 73
Species: Faerie
Family: The Hollyfoot clan is a large and diverse family. It also boasts that once a youngn’ is born, he or she is raised by the village, never knowing who their parents are. In fact, they don’t even have a word for parent in their language!
Personality: Happy-go-lucky, loves to find shiny treasures out in the forest.
History: As a small woodland Faerie, Dornir spent most of his life frolicking in flowerpatches and other assorted areas of the Great Forest.
Current Goal/Purpose: Reproduction for the value of continuing his race.
Appearance: His appearance matches that of the great pine tree, in that his skin is wrinkly and his hair (which covers a great deal of his body, as it does most others of his kind) sticks out like pine needles. His wings look like the leaves of an autumn maple tree, and his eyes are the washy translucent green-blue color of a river.
A

Personality: Loves learning, hates risk. What is right and what is good are the things she wants to do. While she is curious of the other beings that exist, she is too jumpy and insecure to go alone or even ask someone to go with her. She is very loyal to her friends and her flowers that will eventually birth her friends. Shyness plagues her whenever she is around anything living.

History: Pure blue orchids don't exist, everysprite knows that! So why is this little sprite alive? If she were born in another land, a very mysterious one, maybe they would understand. But her orchid just up and bloomed one morning, revealing Pirablu who was unfurled and sitting there waiting to be let out. It was odd. But there are a few others that came from oddly colored flowers; Blakenri Rose, Ieremera Iris, and Fingold Lotus are the others. So while Pirablu is not alone in her odd beginning, she will have difficulties because they each come from different flowers. She is only a year old, but sprites are born in the form that they will stay in for years to come and they learn quickly.

Current Goal/ Purpose: Fulfill her duties as a sprite, first of all: organize the pollinations of orchids (the bugs don't make their own schedules, of course), raise other Orchid Sprites as they emerge (rarely), training carrier bugs so all the Sprites can get around, and keeping the Mush-Homes all tidy and nice for as long as possible. But one day, she would like to find other Blue Orchid Sprites and help her friends find their true families.

Appearance: The same size as any other Sprite! Less than a half inch high, shaped like other female Orchid Sprites. Orchid Sprites are a bit bulbous in the legs, head, and shoulders but spindly everywhere else. They usually have pretty spots or streaks to make them unique, and their colors are never the exact same as another Orchid Sprite's. The one visual difference between Pirablu and other Orchid Sprites is her color. She is very blue indeed. Dark blue skin, blue eyes, and dark blue hair. The skin on the bottoms of her feet and her palms is slightly green. Two thin, tapered green antennae pop out of her hair. Her head and face is not so different from other Orchid Sprites'. It is somewhat large and very round. Most Sprites have very wide eyes; so does Pirablu. Her nose is barely a dot, and her mouth is small and round. Her face is rather flat, and there are no sharp angles in sight. Only the very lucky and special sprites, usually Rose Sprites, have wings. Pirablu does not.

Name: Irina Lily Kashinomo
Gender: Female
Age: about 100 years (counts as a child)
Species: Fairy
Family: She has twelve sisters and four brothers, her mother is about 5000 years old and her father died a while ago.
Personality: She is energic and loves playing around, she often goes where she aren't allowed to go and do what she shouldn't do. She is really curious and wants to know about everything even if it could be dangerous.
History: Irina grew up in Chrystal, the most beautiful and peaceful of all the fairy cities that excists. But darkness started to surround their peaceful home when Irina still was to young to remember. Her father was one of the brave once that went out to fight the darkness, he never came back. Everyone assumed that they died during their mission, but no one can be certain that they are dead, maybe they are alive.

When Irina was older she got interested in the dark side that had been created near their village, why wasn't she allowed to go there and what was in that darkness? Even though she was forbidden to get close to that dark place she often went as close as she dared to it. There she met a boy who came from the other side, the dark side. He shouldn't have talked to her, and she shouldn't have talked to him but still they did. They often met after that in the inbetween where there was either light or darkness, the line between the two worlds. But soon they would need to separate if they weren't going to get caught because in the fairy village they were planning to attack the dark side that was closing in on them for every day, and the dark side had their own plans. The fairies needed to protect their village or else they would all die. But Irina had someone that she needed to protect more than the village.

Current Goal/Purpose: Protect her new found friend and try giving peace back to her beautiful village.
Appearance: She has small wings that are in different shades of blue, her light blue hair is down to her feats and often tied in to a tail from the waist. She have deep blue eyes and often wears blue dresses made of bellflowers. She is about ten centimetres and have almost white skin.
Show hidden low quality content
You must log in or register to reply here.
Share:
Reddit Pinterest Tumblr WhatsApp Email Share Link
Top Bottom