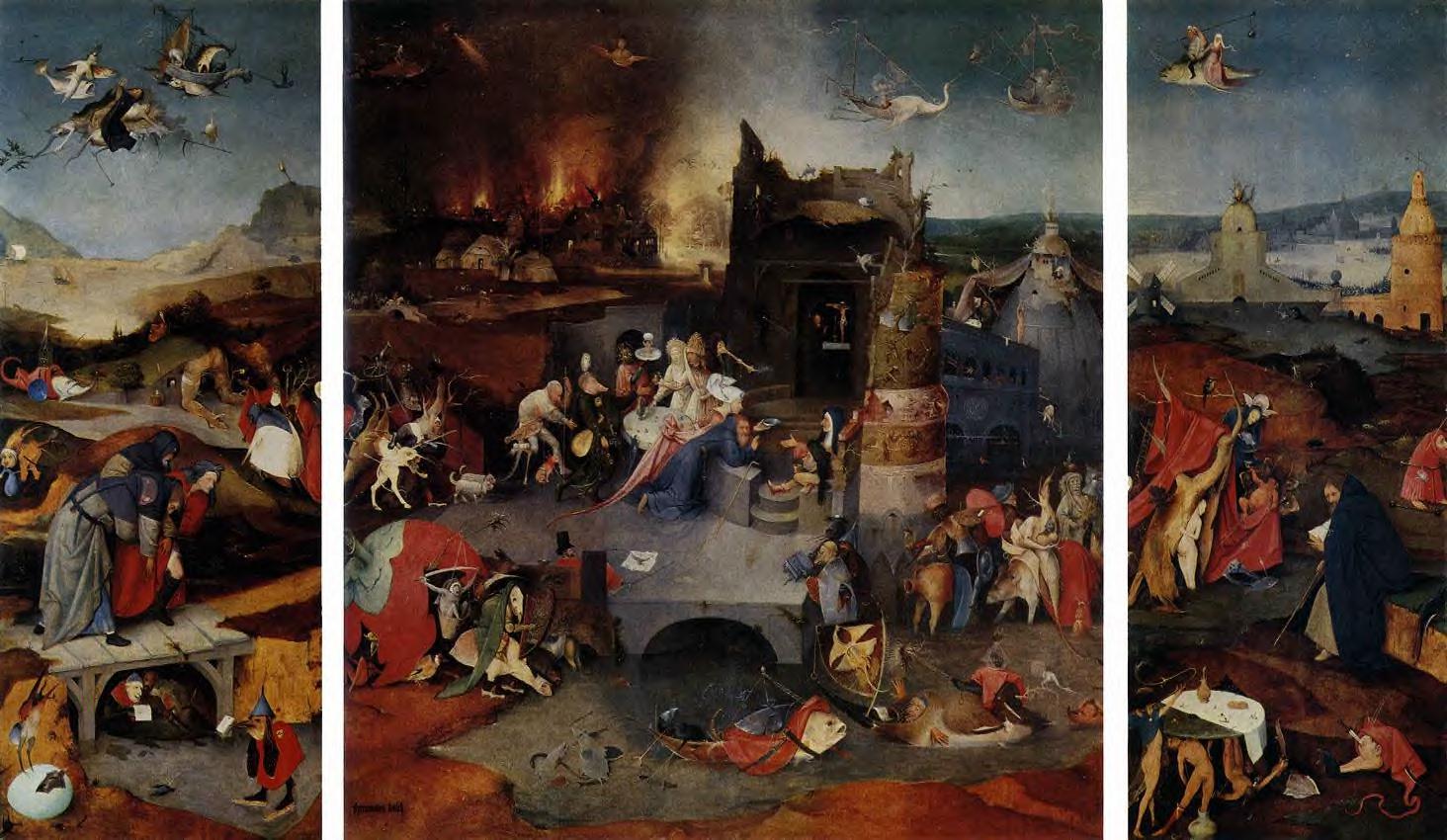 "The last ray of the dying sun/Was born from sacred flames/He was meant to be the One to rule the light,/The forgotten son of wind,/The seventh king of the dawn./He was called by the name...Angelheart

The History of the World
The tides of time in the world of Ishvara rely on the blood of its people to flow. Since the very beginning, two major forces have dictated the world’s continued survival and balance, shifting power from one to the other at the end of a two-thousand year Cycle. These two forces are Angelheart, the Ruler of Light, and Ravenheart, the Lord of Night. The Cycle begins with the birth of Angelheart. To rid the world of Darkness his legions wage a massive war to conquer Ravenheart’s kingdom, slaughtering him and his disciples. Midway through the Cycle, Ravenheart is reborn to rebuild his kingdom, using his renewed power to raise an army that marches north and conquers Angelheart’s kingdom once again, slaughtering his disciples and scattering his armies. Thus, the Darkness destroys Light and the Cycle begins anew.

When Angelheart and Ravenheart are reborn, it is under a veil of secrecy watched over only by their loyal disciples. The last king’s blood is forced down the infant’s throat at birth, imbuing them with the soul of the last king of their respective peoples. They are raised by the devout priests of their society, masters of the dual magical crafts of Light and Dark. At age seventeen, they are sent off to lead their kingdoms and fulfil their destiny.

It is a bloody existence but the world requires the balance of Light and Dark to survive. The people of Ishvara know this and know that they have no other choice. They know that if they serve their gods, when they die they will be brought back as something far more powerful in order to better do their duty and that Angelheart and Ravenheart are the very forces that keep their world alive. Without the Cycle, Ishvara would certainly cease to exist.

The Kingdoms
The world is divided into two major kingdoms, Zenith, the kingdom of Angelheart, and Nadir, the Kingdom of Ravenheart. Each kingdom is divided into five major nations. The northern kingdom of Zenith is divided into Nordessia, the northern wilderness, populated by roaming bands of fur-clad peoples, Akitsuhima, an island nation in the east, known for its love of the arts and immaculate swordcrafting, Adeline, long the home of invention and idealism, Al-Wahhab, a vast desert country, its people rich in a history of trade and prosperity, and Abhimani, home to the Zenith capitol city of Parasanti.
The southern kingdom of Nadir is divided into Wei, separated from the world by rising mountain chains, Karjala, home to Nadir’s capitol of Armadasanti and a culture marked by their stolid determination in war, Großenhain, fanatically loyal to the king and known for it's massive military force, second only to Karjala in the Nadir kingdom, Hwaesong, the industrial capitol of the kingdom, and Esperanza, a largely untouched and left to their own devices.

The Technological State of Ishvara
Ishvara, as a whole, could be considered to have European renneisance era technology, with the enhancement of magics, and the occaisonal anachronism. Warriors would be mostly equipped with simple firearms, swords, magically imbued bow and arrow, and sorcery. Basic steam and magic powered airships would patrol the skies from above, the best archers providing air support from the wooden decks of the airships. However, these ships would be rare in nature, due to their expensive nature to produce and maintain. Some nobles would have comissioned personal Dirigibles. In some central major capitol cities, basic locomotives powered by mages utilizing geopsychic energy would provide convenient, fast, and comfortable travel from place to place. These, however, are rare in nature.

The Capitols
The Kingdom of Nadir's capitol is the massive floating fortress city of Armadasanti, representing the militant and often times very secretive stance that the Nadir nation takes. All men are trained to be soldiers and nearly every place within the city’s walls are dedicated to this single-minded idea. Ravenheart leads them with an iron fist, shown only through structured propaganda and his occasional foray onto the battlefield. The people live well, if harshly. The city’s architecture sacrifices artistic merit for pure strength, the only decorations in the form of epic poems detailing the life of every warrior to have served the forces of Darkness.

The kingdom of Zenith's capitol is Parasanti, known for the Church of Light, a massive temple, guarded by the great paladins of Zenith. It, above all, stands as a symbol for the pious and kind. Angelheart is known to often times be among the people, making frequent public appearances within the city of Parasanti. Also known as the “Gilded City”, it shines like a gem in the sunlight, every building built with fluid artistic flair and polished until its white-gold surface gleams. All peoples are clean and industrious, their lives centered on the Church.

Between the two nations sits the great city of Magnasanti. Built as a buffer between the constantly warring kingdoms of Zenith and nadir, it soon becomes the cultural center of Ishvara. Its greatest sit is the Central Library where all information on the planet has been gathered into one place. It is a cultural mixing pot where virtually every race of peoples in the world can gather in peace without fear of war from their brothers. Surrounded by marshy swampland broken only by the twin main highways, Magnasanti was built to dwarf the other capitals in size and grandeur with architectural feats never seen before. It is truly a marvel to behold.

The Breaking of the Cycle
Near the end of the Sixth cycle the city of Magnasanti has fallen. Now known as the “Necropolis”, the surrounding marshlands have transformed into a swamp, within which is a black tar that consumes any living thing foolish enough to wander in. Since its appearance the swamplands have slowly been expanding, the ominous tower within its center looming over a bubbling wasteland of unnatural creatures and poisoned air that increases in size with every passing year.

It is the Seventh Cycle since the beginning of Ishvara. Angelheart is born once again. However, this time, a new force intervenes. A strange figure appeared at the ceremony of Angelheart’s rebirth and the newborn King of Light with the blood of Ravenheart, killing the child in the process. With that, the Cycle that has been practiced since the world‘s beginning, that is the very foundation of its existence, has been broken.

"The lives once so innocent,/On the days of the light and joy,/The smiles that melt even ice,/And those eyes made all rejoice.

So arrived the man from the shadows,/Riding the beast of the eternal reign,/Sealed their lips by the deepest silence,/Took their lives under the darkest waves.”

Hordes of monstrosities from the teeming, unnatural swamplands have risen to scour the land. These 'children of the dark waters' attack any living thing indiscriminately, kidnapping innocents and leaving only destruction in their wake. Without the guiding forces of Light and Dark, Ishvara is deteriorating into a place of Chaos. Now, as a remnant of the kingdom of Zenith, a proud soldier of the kingdom of Nadir, a neutral civilian, or a force of Chaos itself, it is up to you to decide Ishvara’s fate.
Show hidden low quality content
You must log in or register to reply here.
Share:
Reddit Pinterest Tumblr WhatsApp Email Share Link
Top Bottom