Original poster
A boy has lived in the same town for years. Around his seventeenth birthday, a girl moves into his town. This boy is a womanizer, so of course, this new girl catches his eye. Then, as he's sitting with her, he realizes how different she is from the rest of the girls.

She's modest, kind, and easily embarrassed. She's not so demanding as the other girls. At first, he thinks this makes the girl "easy", then he sees that she's not looking for anything physical. In fact, she's not looking for a boyfriend at all. She mainly just wants to read and draw. For some reason, this makes the boy angry, so he slams his hands on the desk and moves to one of his "usual" girls.

Bio: Leon is often sweet, but also has a thing for the ladies. He sees a woman he likes, he just has to have her. His constent womanizing often gets him into trouble on account he sleeps with them, then dissapears in the middle of the night. He gets into trouble with most girls because of this. Breaking hearts and moving on to the next one, the code he lives by. But little did he know that he would be stopped cold by the new girl who moved into town.
​
K 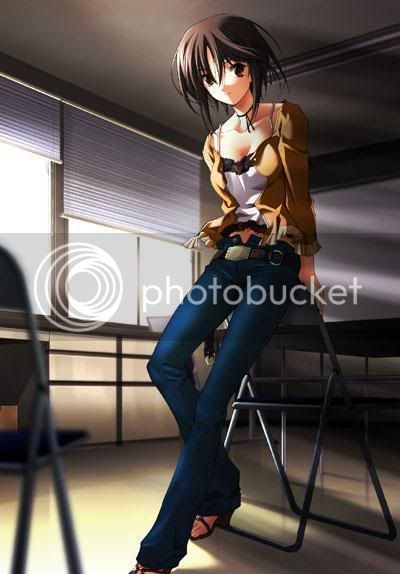 Likes to have fun, though quiet most of the time. Observant. Lazy.
She lives with her dad, who moves for business a lot. She doesn't remember living anywhere longer than two years. She's learned not to get too attached to friends or places.

Allison walked up to the office doors of her new school and went in. "Uhm, excuse me, ma'am," she said shyly. "I'm new here. Is this where I get my schedule?"

"Oh, yes, honey, it is. Com right over here," the older secretary motioned for her to follow and led her to another desk, where she printed off the schedule for the only new student scheduled to start. "Welcome to our school, Allison," she said kindly, with a smile to match her tone. "The school isn't that hard to navigate, so don't worry. Most of it's just lockers." She pulled out a map of the school and laid it on the desk. "We're in the office, here. And this is your first glass," she said, pointing with her pen and circling the room number. "I'm sure you'll find someone to help you from there. If not, then come back here after your first class and I'll show you the way," she smiled

"Thank you very much," Allison smiled and headed off to her homeroom class. The room went all but silent as she entered within the first three steps. She blushed, hating to be the center of attention, and bowed her head so her top layers hid her face, or at least her eyes.

Original poster
Leon was hard at work writing his three paragraph essay Mrs. Karen had assigned. He was tops in his class and one of the smartest. Although, he was a big flirt around the school with all the girls. Which got him the title "womanizer" But he didn't really care much about what others thought. He was who he he was, and that was all there was to it. As usual, he finished first and the sound of the other students moans and whispers filled the classroom as he walked to the front and handed his paper in to Mrs. Karen. 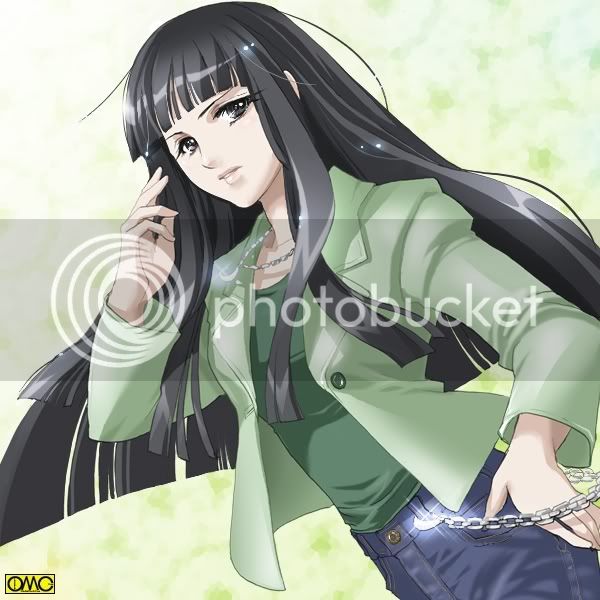 "First to finish again I see. Although, I'd expect nothing less of our top student" She turned around and placed the paper on the desk then rested her right hand on the side of the side of her face as she began to think. Leon noticed that she wasn't paying attention and took it as an opportunity to look at her rear -Nice ass, Mrs. Karen- he said to himself, as he stared hard, almost drooling "oh right, We need some extra pack of paper Leon. Can you go to the classroom next door and see if they have an extra pack?" Mrs. Karen turned around to face Leon. He hadn't heard what she said, but looked back up at her, as she turned to face him completely. Mrs. Karen looked at Leon, who had a confused look on his face, then giggled a little. "We need the paper for the next few assignments of the day. I'm sure the teacher next door wold be glad to give us a pack"
She noticed he had a confused look on his face and giggled as she told him what was needed one final time.

"Right, I'll go get it Mrs. Karen" He walk towards the door and opened it "Oh, by the way Leon, try to restrain yourself from looking at the teacher's back side when she's not looking next time and you won't be so confused when you recieve instructions" A burst of laughs and giggles filled the classroom, as well as Leon blushed in embarrassement, closing the door behind him and made his way down the hallway to the next class.

Allison was assigned to a seat toward the back from the far side of the door. She was relieved when someone else came into the classroom; the attention was no longer on her completely. She hid behind her hair in her seat, trying to be as silent as possible as she dug her notebook out, along with a pencil.

But alas, one of the girls sitting in the back row giggled. "Hey, Leon~ Come to join the party? We got a new girl," she nodded towards the girl sitting in front of her.

Allison turned positively red and tried to sink lower in her seat, staring at the blank notebook in front of her. 'Please, please, please stop staring at me,' she mentally begged the classroom.

Bridgette, the girl who had spoken, rolled her eyes. "She doesn't seem like a very party-like person, does she? You must be bored at home," she spoke to Allison directly.

Allison could mutter no answer. She figured the more everyone thought her boring, the longer they would leave her alone and move on.

Original poster
Leon's entered the class with a annoyed looked on his face. He sweared under his breath and mumbled to himself, until the sound of a girl's voice turned his attention towards his peers in the back of the class.

"Hey, Leon~ Come to join the party? We got a new girl. Were the words Leon heard as he looked at Bridgette, one of the few girls he flirted with on occassions. Though Bridgette had a huge crush on him, he often avoided her. Basically because she always talked about being in love with him, and he was definitely not about to fall into her love web. He turned his attention towards the new girl that sat in the desk behind Bridgette.

The girl's hair slightly covered her eyes, as she looked down shyly, while Bridgette pestured her.


She doesn't seem like a very party-like person, does she? You must be bored at home.

Leon let out a sigh, then looked back at Bridgette as he made his way towards the two "Give her a break, Bridgette"​
K

Allison looked up at the guy named Leon, surprised he'd told her to stop.

Bridgette frowned. "Seriously? I'm only playing around with her. It's not that big of a deal." She scoffed and sat back in her seat. She crossed her arms, intentionally, or unintentionally, making her chest pop out of her shirt even more.

Original poster
As Bridgette sat down and pouted her breast bounce up and down in her shirt. He glanced for a moment, then looked over at the girl who was now looking up at him in shock. He let out a sigh, then closed his eyes and smiled at the new girl. He opened his eyes to a glance and chuckled. The girl seemed that she was relieved that he had helped her out but, he could be wrong. He placed his right hand on his hip ad extended his left in greeting.

"I haven't seen you around here before, you must be new. The name's Leon and its a pleasure to meet you. Welcome to our school." He said with a slight grin on his face now.
​
Show hidden low quality content
You must log in or register to reply here.
Share:
Reddit Pinterest Tumblr WhatsApp Email Share Link
Top Bottom