At the End of Avalon

Original poster
Hey guys I come to you with another idea. This idea was originally going to be a One on one game with the protagonist having no idea who or what they are plus don't know where they are. But I thought if anything there could be a version meant for a group. If anything, chronicles events before that individual arrives.

So I bring to you At the End of Avalon. An island prison in the skies. This prison is divided into seven(or less)districts that is assign to a warden to look over and keep the inmates in line. The districts are dividend into different colors and have their own terrains associated to them. And of course depending on the severity of your crime depends on what district you are put into. As an added twist, the whole prison system is connected to something called the Camelot Clock. When the Camelot Clock reaches a certain time, it will inniate a final countdown that will pretty much activate a doomsday device that kills all the inmates. That or have the Camelot Clock count down when a certain number of prisoners is reached. But of course only the Wardens and the person above the Wardens knows of this. That or only the person above the Wardens knows of this. Perhaps the group version will be new inmates that learn of this and try to get off the island prison but unfortunately fail or join the ranks of the Wardens. There is one ex-warden named Arthur in the solo version. Probably keep him as a warden in this version. Perhaps just have the group version lead up to the events of the solo or something along those lines. And in case you guessed it, yes this story is influenced by characters from the king arthur legends.

So what are your guys thoughts on this? 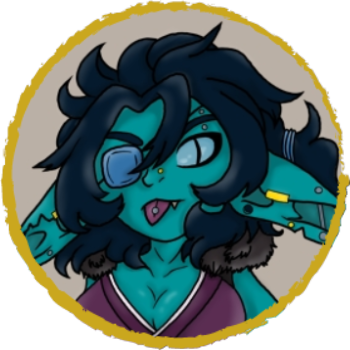 I would be very interested in this. It seems like quite a bit of thought was put into it.
S

Original poster
Cool cool guys. I will keep this up and see who else bites. In the original the Wardens have to each recite their oath in the presence of their district's Camelot Clock in order to confirm the sequence for annihilation. Also as far as what sort of action you can expect, well perhaps a riot in the opening scene? The inmates are always trying to find a way out of Avalon since yes it is a prison but there are areas where it seems it is a work camp. The wardens have control of their districts and can do what they want as long as they keep their inmates in line and not interfer with the other wardens districts.

Also each prisoner is given an inhibitor that seals away their powers or renders them unable to perform martial abilities like they once were able to. Say you are one of the best swordsman ever, your skill is diminished and when you pick up a sword or other weapon a massive shock is sent through your body. Wardens of course have the opposite called an amplifier.

But since this idea was mainly a One on one, I would like others input and whatnot to better make it a group story. Thank you guys for your interest and your time.
Show hidden low quality content