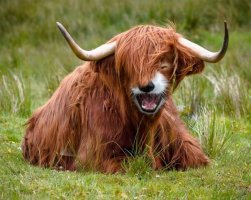 91's eyes opened as he laid upon the broad, uncomfortable cot suspended from the wall farthest from his cell door. His name had not always been a number, this he knew----but just what it was, he could not remember anymore. When glimpses of the life he'd once had skittered under his eyelids at night, or roved around as a bulbous mist as he dreamt while awake, 91's stomach would lock, as if he'd witnessed something terrifying. This was an effect of the treatment: identifying and quarantining memories deemed threatening to the host; deemed threatening by the invading nanomachines that sought to rewrite the very codes that made him human. But of this, 91 was not aware. What he knew was that at 0600, a meal high in potassium and carbohydrates was slid through the slot in his cell door. At 1200, the massive locking mechanisms that held that door in-place would make an awful lot of noise as they disengaged. Four men with rifles and in horrifying masks, featuring glowing red visors and filtered mouth guards that made them look like robotic aardvarks, would enter orbiting a stretcher. They'd lace 91 up, strap him in and take him away to the test silo, where his every biological function was measured, where he was lauded when the results were satisfactory, and where he was given resigned sighs and headshakes when they were not.

'I'm finished with all this. . . I'm finished being a rat in a cage. They thought I'd succumb to their "treatment", but I was the one playing them. I knew after several days of this torture that they wanted to make me into a monster. And so I let them. Now we'll see how adept they are at slaying the monsters they make.'

With a smile on his face, 91 tore through the bindings by which he was bound, these simple leather straps that were attached to the bed, as if they were tissue. The young man stood and strode over to door of his cell. He placed his hand upon it. Beginning at his flattened hand and eventually stretching all the way up his arm, 91's flesh became covered by a uniform pattern of neon-red octagons, each perfectly sized and shaped as the one adjacent.

'I'll tear this prison to the ground.'

But this prison was not without eyes. The minute 91 activated his ability, a bulb on the ceiling began to spin red light into the room. The young man looked up in shock: 'Damnit---a sensor.'
Now, however, he had nothing to lose. If punishment awaited for his discourse, then his fate was sealed. Whether he decided to lay down and await the guards, or blast his way out became little more than a choice of punishment: blowing the door off his cage would likely force the guards to employ lethal weaponry to stop him, while surrendering now would probably bring about a more potent strain of mind-erasers. Death was the better option. 91 closed his eyes again and concentrated. A moment later a massive blast of raging red energy blew his cell door right off its massive hinges. Wearing his loose blue trousers and nothing else, 91 stepped into the hall, bathed in the red light of the revolving sirens that lined the ceiling of the hallway.

Down the hall, subject 0091----Eddie Star----could hear the thumping boots of the guards. He smiled. 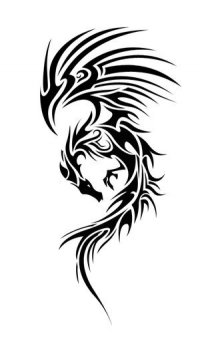 56 couldn't remember well the time before she was 56. There were flashes; names and places and people, but nothing stayed. She was kept drugged to make her complacent, to make her unable to fight back as her mind and body were violated beyond all recognition.

The guards laughed and left her cell, having taken their fill of her for the time being, but 56 knew they would be back. They took pleasure from her pain, and she was open for the taking... Unable to fight back, unable to resist as they tore into her, leaving her bleeding and bruised. Sometimes even broken.

One eye swollen shut and the other closed so the white light of her room didn't hurt her now sensitive eyes, clothed in a torn and bloody dress that did nothing to protect her modesty, 56 didn't react as alarms blared suddenly from another part in the facility and the thunder of guard's feet pounded by her door. Only moments later, it seemed, the door to her cell was ripped off its hinges by a ball of red energy, but 56 still couldn't even smile.

There was no way she was getting out. Chained to the wall via a collar wrapped around her neck, 56 was just too beaten to even think of moving, let alone running and escaping. No, she would forever be stuck in this hell.

The small squadron of guards that met subject 0091 in one of the many red-bathed corridors were not armed with non-lethal weaponry---be them tranquilizer rifles, gas grenades or tasing-rods---they carried fully-live automatics with big magnificent scopes, flashlights and nosey laser-pointers glimmering on their rails. And not only did they carry these deadly weapons, they showed at once that they were prepared to use them by opening fire on Eddie Star the minute he'd happened into their crosshairs.


The corridor ignited. Like an off-kilter drumrow of tin-bellied snares, those machine guns blasted, their muzzles flashing, their ports smoking and ejecting little copper cylinders crazily.

After what felt like ages of gunfire, silence (save the sizzling weapons in the men's hands) filled the corridor. Across the soldiers, Eddie still stood. Their eyes lit up in their heads. In front of number 0091 was a shield made from the same curious red aura he'd been blasting from his fingertips moments before. It was octagonal, and embedded within it's curious, translucent surface were hundreds of pieces of lead. Eddie smiled, then closed his fists. The shield exploded with a wondrous display of neon red and orange, like a July 4th firecracker. Every bullet that was stuck in that barrier was launched forward, and again the corridor was filled with smoke and sparks as the bullets ricocheted around. The cut through the line of soldiers with ease.


Nothing personal----but to my credit, you all started it.


Eddie took a big, arcing step over the riddled bodies and continued down the hall. Although it was procedure to never allow one subject to come in contact with another, the screams that often filled the complex at night were proof to Eddie that he wasn't the only rat in this lab. He began blasting the doors off of every cell he came across. To his dismay, the first two were empty. The third, however, contained a woman-----a woman bound to the wall by her neck. He stared, stupefied: he could not recall ever feeling lucky at any point throughout the months of his captivity, but he realized just then, as his horrified eyes gazed upon the torn and tattered young woman, that perhaps he'd had pretty good (all things considered).


He didn't even think she was alive. Tentatively, he approached her with the kind of awkward, head-extended, soft-stepped way a child might approach a dead animal it found fascinating. She was even worse-for-wear up close.


"Good God," he said. Squinted eyes displayed his disgust. "Just what in the world did they do to you?" 'Everything', was the obvious answer. Everything. Although Eddie was close enough to see that the girl was indeed breathing, he still couldn't say she was any more alive looking than when he'd first laid eyes upon her. It was for that reason that he didn't really expect her to answer his question.


It'd take a special kinda person to survive all of this. . .

One blue-green eye cracked open as 56 heard the whispered words from in front of her. The other eye was too swollen to open properly, so she made do with the awkward angle and harsh lighting to gaze upon the intruder in her cell. He seemed to be in better shape than she was (not that hard, to be honest) and rather handsome to boot. It made her own appearance worse in comparison, but 56 didn't care about that so much as the reason he was in her cell. She coughed once, a shudder wracking her entire body, before she managed to gather up the strength to speak.

Her voice was hoarse and barely there, but it was enough to get her point across. A slight movement shifted her head so she could look at the man better, revealing the full extent of the bruises that darkened her skin. The movement also rattled her neck chain, a sound that reminded her of the futility of escape. Giving the other man one last look, 56 closed her eyes and gave a weary sigh of defeat.