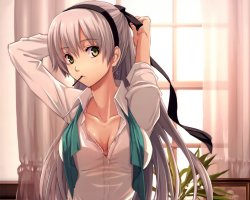 Genres
In no particular order: romance, fantasy, slice of life, modern, school, adventure, and dystopia. I am open to suggestions for any genre besides those in the box below!

This is just a little story tossed out to tame a writing bug I got, with further inspiration from a prompt about dragons! However, being an aspiring writer, I would be thankful for some gentle critiques that may help start me on the path towards writing better stories. Bear in mind this is my first time sharing my writing like this, so I'm starting at the very basics right now! :)

"Oh my fucking god, it's happening!" Rayla squeals with energy, her grin almost too wide for her face. Her hands wave excitedly as she crouches down, her eyes now level with the small object atop the wood surface.
On the table before her lies what looks like a simple rock, but closer examination reveals cracks steadily growing across the surface. Along with these cracks are small shakes, and any onlooker would know there was a new life en route to spring from what could only be an egg. The only unanswered question for most would be just what lies beneath the weakening surface.
Within minutes the cracks have spread the full surface of the egg, it's bumpy red surface split by sharp black. This only further holds Rayla's attention, her eyes seeking any glimpse of the creature she fought so hard to find. With her efforts in mind and memories of her determination at the front of her thoughts, it's only natural she gasps in awe as the first piece of shell falls away. While it remains hard to see, her eyes find the movements of the creature as it works to deconstruct it's confines.
A deep brown color with white tipped scales, the young dragon inside is clearly a beauty. As more is revealed to a proud and tearful Rayla, it is also evident this dragon has eyes green enough to rival every Christmas tree to grace the world. With a small squeak of what seems like delight, the small dragon crawls on all fours to leave the remaining bottom half of its egg. Curiously it looks up at Rayla, giving her a once over before deciding she sees reasonable. After all, the little one is looking to imprint, and Rayla's gentle outstretched hand couldn't be too off putting.
"Oh my gosh, forget seeing one, I'm fucking raising one!" Rayla whispers joyously to herself, tearing up further as she gently brushes her fingertips against the harsh scales.
"Rayla! What in the seven hells?!" An angry mother walks to the table with a blend of fear and anger in here eyes, her gaze locked on to her daughter as she waits for explanation.
"Mom, we've talked about this before and-"
"And I recall saying no dragons, is that wrong?"
"Well no, but-" Rayla tries again to argue her side, but once again is cut off, this time by the voice of her older brother.
"But it's already imprinted on her, so you can either keep it or kill it."
At suggestion of killing, Rayla gently scoops the created into her hands in an act of protection. This earns a smile from her brother and a groan from her mother, but soon her father steps in.
"What is all the noise in here about?" He asks curiously, clearly wanting only to understand what the family is facing.
Without a wasted moment, all three begin to speak, each fighting the other for attention from the slightly chuckling man. Wise as he is he allows the shouting match, but soon raises his first question of the evening.
“This is great and all, but do tell me Rayla, where and how exactly you found a dragon egg?”
Show hidden low quality content