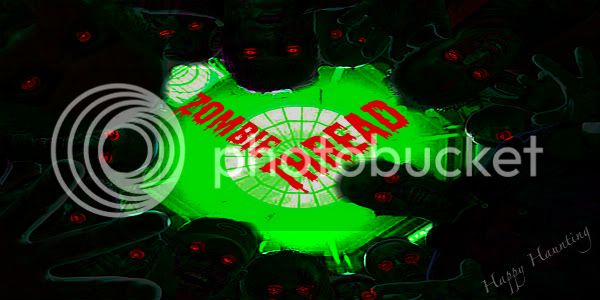 As you may have heard, the zombie thread is dead, however as expected, it isn't going to stay that way. This opening post will transform into the information board soon. This time, it is going to be a little different, but here is a small recap for those who've never seen Zombie Thread.

Zombie Thread is a post to play game in which you, a necromancer, claim groups of zombies in an attempt to raise a zombie army. You do this by waiting for me to post a hoard of zombies, and then it is a Black Friday style race to lay claim to the best group in the hoard. These zombies are then added to your army.

What makes this new version special is that it is intended to make the game more fun for new entrants to the thread. In the old version, all that mattered was your zombie count, so old members had an ever growing advantage over new players. That is why in this iteration, your demonic god comes to gather the zombies you've collected, and rewards the top collectors with demon god vestments and battle gear which will give you passive buffs, and can be traded with other players in exchange for zombies. In addition, anyone who collected at least 20 powerlevel will receive a minor zombie charm. I hope that since the footing is more even at the monthly level, people who are falling behind in the overall zombie standings will have a continued reason to play.

In addition, instead of the secrets of the thread being secret, I will spell out the effects that were previously unmentioned. This is both to not give returning players an advantage, and so players don't expect more secrets from the thread than there actually are.


1. You get a passive buff when you collect a zombie type you didn't have before.
2. Whenever a new player joins, a double-sized hoard with as many groups as there are players appears.
3. Sometimes there are trap zombies in the groups. These zombies give your zombies to the person just below you on rankings.
4. Each group spawns 1-7 random zombies. The number of groups that spawn per hoard is minimum :(total # of necromancers/2) maximum: total # of necromancers.
5. Occasionally there are gimmicks. The chance of a gimmick occurring is based on a distribution, with the most likely day being Friday.
6. Rotten zombies have an effect that lets them fuse into bigger zombies. The conversion rates are as follows:


The final change I'm making to this thread is I'm outsourcing and simplifying the hoard generation process. Previously, hoard generation and recording was done manually. This made the process highly time consuming, and therefore limited the ability for me to ask for help maintaining zombie thread. Hoard generation is now done by a java program, so the only requirement to help me generate hoards is the ability to download the programming environment, and my program file.

Upon the completion of my program, there will be an announcement that Zombie Thread has been reborn, and no better way to start it than an oversized hoard. This hoard will have a number of groups equal to the number of people who pre-register for zombie thread and will be twice as large as normal, so the more hype this gets, the bigger the hoard gets.

In case it wasn't clear, you sign up in advance by saying hi in this thread. I will probably lose interest if nobody does so.