Original poster
Let's quickly get to the part that helps the both of us, shall we?~


Moving on!~
My (Approximate) RP Schedule.​
Sunday: CLOSED.
Monday: 8a-5p* If available
Tuesday: 8a-5p* If available
Wednesday: 8a-5p** If available
Thursday: 8a-5p* If available
Friday: 8a-5p* If available
Saturday: CLOSED/A few posts if available
(* = Possibly earlier than 5 with a possibility of messages scattered after.)
(** = Possibly earlier than 5 with no message possibility until late night hours)
(I've placed if available due to recent problems with bank/bills/other stuff that makes me busy.)​
Notes For You/About Me:
• I enjoy talking with my partners OOC, so don't be afraid to strike up conversation irrelevant to the RP.
• I reply when I can according to my schedule, but things have come up unannounced that keep me away. I try to let my partners know if I will not be available to respond as I normally would. I expect the same.
• To add to the above, I also understand that there are times where it isn't possible or extremely inconvenient to inform of your absence prior to it. All I ask in this case is that when you return that you send me a message. I won't be upset, as I would rather know if you're okay than get a response to our RP.
• Tell me if you:
A.) Don't care for a suggestion I make for the RP.
B.) Don't like something about my character.
C.) Don't like where the plot is going.
D.) Don't like where character progression is going.
E.) Lose interest in the RP.
F.) Have writer's block and are having a hard time replying.
G.) Don't feel like RPing at the time.
~A-E: I am completely willing to discuss changes with you to have an RP we can both enjoy, and would even be willing to come up with a completely new RP with you.
~F-G: As I said, I enjoy talking with my partners, and if you would rather know "what's up" than try to reply when you can't or don't feel like it, I'm fine with taking a break for as long as you need.
• I only roleplay in third person (She, her) and in past tense (She wrote) always.
• I can write anywhere between 2-7+ paragraphs depending on my mood, enthusiasm for the roleplay, and the current scenario in the RP, I would ask at least 1-2 paragraphs of 3-5+ long sentences. I generally adjust to my partner's length.
To Be Continued...

*Important things and notes from this point on will be written in this color and/or marked with an asterisk(*).

Plots!
( Will Edit According To Availability And Add New Ones As I Think Of Them. )
* All plots can be edited into a new plot, including taken ones if it's edited enough.
* Some plots will already have an alternate version written under the original in (~).
* I will not mark it as taken until I get two responses to the in character.
* There is a possibility for taken plots to reopen.
* Some plots I'd be willing to do more than once, so don't be afraid to ask about something that's taken. Worst I'll do is suggest it be changed at least a little or say no. :3

​
Bonjour!~( Slice of Life )
23 year old Lena is making a big change in her life by leaving her home in France and coming to America for the first time ever, to live there. As she's moving into her new home/apartment complex, she meets a guy who lives next door and offers to help her and they automatically hit it off and develop some sort of relationship over time.

That's a costume.. Right?~( Modern Fantasy )
Katrina was never the most outgoing person, her butterflies being less than social. She have a few friends though, a small group that had sick together throughout their school years and even still remained strong. It was finally their favorite time of year, and more importantly their favorite holiday: Halloween. In honor of it, after trick or treating was finished, in the very late his of the night, they threw a party, just them. Afterwards, some started, whether not feeling like leaving, or too drunk to try walking home let alone drive. Katrina was one of the two who left, the other leaving much earlier. On her walk home, she discovers someone while taking a shortcut (alley, field, etc.) home. She discovers too late that this person is not a guy in a well detailed costume, but a demon. (Alternatively, he could be a demon disguised as a human in a costume and entices/tricks her/asks for her help)
*This plot is preferred smut. This does not mean 100%.

What Now?~( Loose Fandom: The Devil's A Part-Timer! )
Two demons somehow ended up on earth together rather than the comfort of their own realm. They quickly discover that not only have they taken on the fleshy guise of humans, but that they're now stuck here without their magic, and very little abilities. The two have to learn to live here together and learn to blend in while figuring out how to regain their powers. It doesn't take long before they think of an idea. Why rush home, when they could easily take over and gain rule and control over this realm? But as time goes on, not only do they start to fall for the ways of these humans, but also for each other. 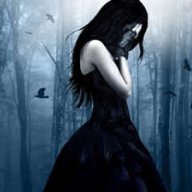 Awesome I wouldn't mind rping with you. Just bare with me I work nights a lot
Z

Original poster
I'm patient. And I intend on putting a section on here with my schedule~

Original poster
In which case you're welcome to pm me so we can further discuss.~^^
F

Original poster
I'd love to possibly rp with you if you were willing to do a f/f pairing, a f/futa pairing, or were willing to play a male. (I also only play females or futa characters =3) if any of these things are an option, feel free to respond and I'll happily pm you, or you can skip that step and pm me, up to you!

Original poster
I may be willing to go FxFuta or even play a male depending on the plot, so go ahead and shoot me a pm if you'd like.

I'll roleplay with you quite happily
Z

Original poster
Wonderful.
You're welcome to pm me.~
Z