You should really read this..... always looking

Hello beautiful people :) I am fairly new to this site and am in need of more 1x1 role plays. Everything is below, hope you find something you like. If interested, comment or PM me and i will get back to you as soon as i can, so probably in like three seconds.... ​

WHAT I AM LOOKING FOR​

PLOT IDEAS
And general pairings
I do not have many, but i will try to add to this as i go. I like brainstorming as well
Everything is flexible, and some don't have plots... ​
Character A works for a company that tests prison security around the nation. Character A goes into the prisons as a normal criminal, back story and everything, and then breaks out. Character A's team is presented with a special offer for a super max prison system, a supposedly dangerous, but well paying, job. Character A takes it, even though the team advises against it. After accepting the job Character A is approached by an unknown man, who pays under the table for Character A to break out Character B. The job proves harder than it appears, and the two struggle to find a way out. They begin to grow feelings for each other, though both resist. When they finally break out their feelings are out in the open, and more secrets are revealed.
I prefer to play Character B
[This idea is inspired by a movie i forgot the name of, but it was awesome.]​
This is set in medieval times.
Character A is a knight who is led into a dangerous forest by the commanding officer. The knight and a few other brave men are led into a hidden mountain side castle to try and kill Character B, a beast who resides within and rules over the forest. Everyone is slaughtered, but Character A is spared when the beast discovers the knight was secretly a female. Now the beast keeps the knight prisoner, trying in vain to gain her love so that the curse over him, the castle, and his beloved forest will be lifted.
I prefer to play Character A
[Yeah, its pretty much 'The Beauty and the Beast', who am I kidding? Any ideas you have would be cool to hear though.]​
A group of friends get together for a bonfire before college starts, wanting to through one last crazy party to remember. Character A wouldn't have gone if he hadn't just gone through the worst break up of his life. Now he is looking to get drunk and have fun. Character B is dragged along by some friends wanting her to get out of the house, but she is not looking forward to it... until she gets drunk, that is. When the two meet they but heads at first, but eventually cozy up to each other enough to sleep together. When they wake up they both shrug it off, going separate ways, but a few years later they meet at a reunion, and Character B has a kid... who could possibly be Character A's. Character B denies it, but is forced into a DNA test, which turns up positive. Character A says he will be in his child's life no matter what, and Character B agrees, having been struggling lately as a single mom. The child absolutely loves their father, and couldn't be happier, and eventually Character B falls in love with him too, though she would never admit it.
I prefer to play Character B
​
One drunk night in Vegas, and your dumb @$$ gets married. Course you get an annulment, but a few weeks later the chick is back, and she is asking for one thing: another drunk night. You're not stupid, but you're also not heartless. So when she calls you crying, you go to her aid, but are careful about the scotch and vodka. But as the night goes on, you think you might have discovered why you married her in the first place, and now you might want to try again. Unfortunately she doesn't see it that way, so you do the only thing you can think of to make this happen… get her drunk in Vegas.
[Ending is up for interpretation]​
Character A and Character B fall in love during high school. They had the kind of puppy love that everyone dreams of. But when senior year came, Character B, the girl, moved schools without warning, and wasn’t seen again. The boy, Character A, was heartbroken, but learned to move on. Years later, he moved away from his home town for a great job opportunity, setting up his new life in an unfamiliar place. He meets a nice girl, finding her helpful and extra flirty. He starts to find a routine, finding a regular coffee shop and gym. One day he comes into the gym earlier than normal, and catches a glimpse of a woman, the one with unforgettable eyes. He spends the next days trying to catch her at the gym again, but she seems to be avoiding him. Finally he catches her, and she denies anything he claims, but he could see it in those eyes of hers, how much she felt like crying. He tries to get her to open backup, tries to regain the love they once had with each other, but finds that she has changed, but so as he. That he might love her even more than in high school… if only she could love him back.
I prefer to play Character B​
A well known demon, Character A is assigned to take the soul of a human, Character B, is supposedly horrid, but upon meeting the human and discovering his/her motives and personality, the demon re-discovers his/her lost hope in humanity, and is now protecting the human from other demons. The human seems to have a pure soul, something that is coveted by both sides, though this particular man/women refuses to be claimed. The human fights the demons attempted protection, feeling his/her-self falling in love with the evil creature. But when the humans secret purity becomes more well known, Angels decide to join in the hunt, wanting to claim the human as their own.
I can play either​


If you liked something that was crossed out you could still shoot me a pm and we could reinvent it so that im not rping the same thing multiple times :)​
Last edited by a moderator: Aug 10, 2015
L

Pm me lets talk about Satan and angel
R

The soft demon please And I'd like to play the demon.
R

Original poster
Awesome :) pm me and we can get started :) 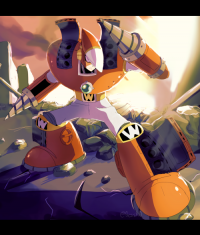 Original poster
I love Bonfire - Even if it's crossed out.
೭੧(❛▿❛✿)੭೨
I also like Love at Risk.
*shrugs*

I am interested, and fit those requirements. My main character is a Male Dragon though, so if that works.

I could tweak it though, if Japanese male Firebender is okay. XD

Post length is no issue either, I tend to match others posts. XD