You, Me and RP, What do you think? (RP with RafaDark)

Hello, It's the first time that I'm making an One x One RP. I always played other's One x One RPs but now I want to make some to know if my RPs will be good as the ones I played and for keeping me away from boredom.

I'm not so exigent, I just want someone to RP with.
I'm fine with one liners but please post at least something I can continue, about the writing, I don't care about it, if I can understand it's fine and if I don't, I will ask what you wanted to say. My own writing level is not that great but I check every time if I did some misspellings and sometimes I let some misspelling flee from my check. So you don't need to be perfect to RP with me because no one is perfect and humans make mistakes.
I can play both Dom or Sub but I like to be the Dom more than the Sub also I can play any gender.

I'll add more when I think I'm ready and when I have more aspirations. Edited, the next edit 'maybe' will have some plots.

About PLOTS:
I don't like to do plots because I like to create RPs with the RPlayers who want to RP with me but I remember that someone asked me if I had plots... now I'm going to post one, just to tease some.

The Knight and The Devil

In a land forgotten by time, there exist a village who still lives poorly, the villagers have no more money and they are short on healing items for the hurt, this village was once the best of the land, camps filled with crops, cows and chickens getting fat quickly to be ate in the annual banquet that this village did for celebrating another year of defeating the worse enemy they had, the demons. Those filthy and lustful pests destroyed the whole village one time but it raised itself from dust with the help of the champions, now the village is almost dust again, the villagers are dying of hunger and of being poisoned with the devil's venom, the repugnant smell of food stay around the town as demons walk and slowly take the life out of man and woman with their fangs and nails. This village was going to disappear from the map of Ireois, the world that they were in, all the nearby villages hadn't been attacked by the demons because the champions in there are strong not lustful like the ones of this destroyed city, the last champion Sir Gaulhuton Sleater fell in the seduction of an female demon, she ate his soul in front of everyone in the village as she revealed her true demon form. All the villagers started to lose faith in the champions and soon they all went to other villagers or died in the hands of the demons, years have passed since the destruction of that village, the Devil Lord was getting bored with so many deaths and anyone trying to defend themselves, the Devil Lord and it's lover made their way to the other villages trying to destroy and expand their demonic army to conquest at least one kingdom. Village after village fell in the hands of the Devil Lord, it's lover and their goons so as the life of man and woman who died letting their children in the hands of the demons for them to become powerful monsters or even high scale generals of the demonic army, all the other kingdoms could defend themselves of the Devil Lord, just one unlucky kingdom that knew that was going to be attacked by the Devil Lord. In that kingdom named Drahty there was a village named Dungheer who was the first to be attacked by the Devil Lord, the only one who could escape alive was an young hero MC, he tried to save the one he loved but she was killed as they fled from the village, the only thing he could think was in revenge as he told the other villages about the Devil Lords coming, the only thing was that the Devil Lord was spying in him. One day MC could make it alive in the kingdom screaming that the Devil Lord was coming and one day after that, it attacked and once again, the only one who stood alive was MC but he didn't wanted to, with rage he grabbed the first sword he found in his front and ran to attack the Devil Lord, he screamed as he cut his head off, demonic blood gushing and bathing him in it. As the other demons saw what he did they all ran in fear of him, he felt strange and fell unconscious in the ground. When MC woke up, he was been healed in the nearby village, he didn't knew but the chief of the village was still alive with some of his guards in an underground passage built for an emergency like that but when they came back to see the damage they saw what MC did and turned him into an Champion, an Knight made to destroy the Devil Lord's goons, he couldn't refuse it but he thought he had killed the Devil Lord but more and more demons came to attack the village, he didn't knew but the demon he killed was the Devil Lord's lover. It took almost one year for him to become an True Champion but he did it, he was skilled with the Exorcist Sword that was an sword made with the runes and the power of light that was the only thing that could really destroy the Devil Lord, he wanted his revenge and now he was capable of doing it, he said good bye to his new life and went in a journey to find the Devil Lord and destroy it once and for all. He passed another year trying to find that damned monster but he never found it, he was about to give up hope but he saw some demons trying to abuse YC in the way to his old village, he couldn't contain his rage and slaughtered the demons, YC was there still in the ground covered in the demons blood as MC sheeted his sword and made his way to his village, MC saved YC's life but YC didn't needed because YC was the Devil Lord transformed into it's human form, MC didn't knew it but YC knew who MC was and asked if it could go with MC, MC looked back and answered that yes but his journey was going to end because he never found what he wanted and end his revenge, YC wished that MC could continue on trying to find the Devil Lord because it was seen in the nearby village... And so the RP begins here.

Sorry if it was too much but... that is one of the whys I don't like to do Plots.

About some things for the RPs:
They can be applied to any of the RPs I post in here. For example: Human X Demon + Tentacles and Rape.

*= Monster like werewolf, vampire or any other that you think you want to play, don't need to be those ones that I had exampled in here.

So, if you want to RP with me, post in here then I'll PM you to discuss about it. Have an nice RolePlaying day :)

I would love to do the Master x Neko!!
G

Yo Grace! ^^ I don't have any plots right now but if you want, we can create one.
G

Okay ^_^ message me whenever and we'll start planning.

Umm. Hai! I'd like to play Demon x Monster with you! MxM? @RafaDark 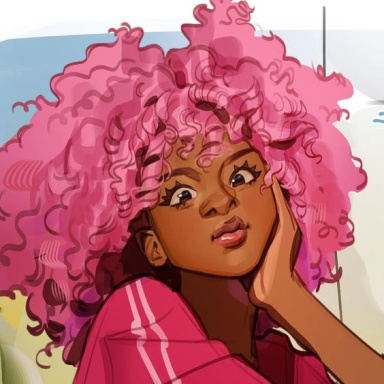 "Double dose with a toast to you creepy GHOST!"

Online Availability
All fucking day because I have no life

Ooh I'd like to rp with you! Maybe a Master x Slave or Assasin X Target
I 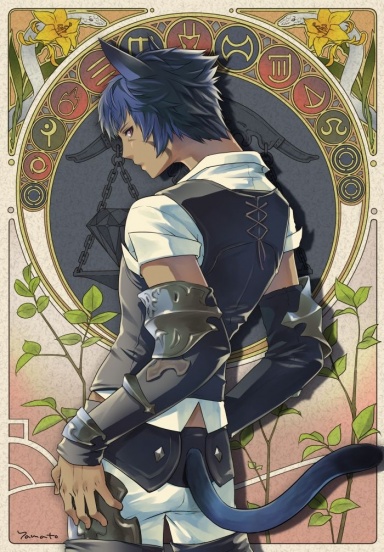 If you're still looking I'd love to do an MxM rp with you!
F

Hello~ If your still up for it I'd love to roleplay VampireXNeko or HumanXDemon OuO PM?

Warning: EVERYONE, I'm ALWAYS up for more RP!!! ^_^ AND the next update with the plots will be next week or this weekend.
N

If you're still looking, I'd love to do a demon x angel with you playing a male demon, if possible. I tend to play subs.
A

@Little_Ghost98, @Toasty, @Nightfall and @April, where are you guys?

Sorry for the lack of update, I'm trying to find where I put my RP Plots, I'm too lazy to do new ones... But I think I'll need to.
I

RafaDark said:
@Little_Ghost98, @Toasty, @Nightfall and @April, where are you guys?

Sorry for the lack of update, I'm trying to find where I put my RP Plots, I'm too lazy to do new ones... But I think I'll need to.
Click to expand...

Sorry Rafa, I've been really busy lately and havent had the time to write a full post.

I should be back monday :)
Reactions: RafaDark

Hi. I'd be interested in maybe the Master x Neko, or Angel x Demon?