Yet Another Search Thread 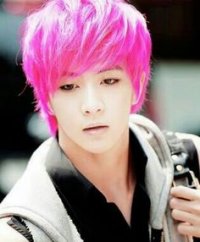 [TABS]
[TAB=Greetings]So. After what seems like forever i’m finally back on Iwaku and have decided to revive my partner search. It's been a tough year and I need some escapism.
Hopefully we can become friends and have some awesome roleplays.

Note: I use my phone to RP since it's my only source of reliable internet. This might result in the occasional typo or auto correct mistake.
Also sometimes colored text gets wonky.

Note 2: I’m only looking for maybe three partners because I don’t want to be overwhelmed. So, if I don’t think we’ll be a good fit it’s nothing personal.[/TAB]
[TAB=Partner Requirements/Things to Expect]Semi-literate
I hope to reply at least twice a week but whatever you can manage is fine.

Third person is a must

I only roleplay through PMs

If you can't post at least three paragraphs on average, we probably won't be a good fit. I prefer quality over quantity but I'm not asking for a novel, just a bit to go off of.

Please feel free to contribute to and help build the plot. Throw in your own twists. It isn't nearly as fun otherwise.


Seduced by Darkness:
(I was originally going to straight up write a series and still might one day but i'd really like to try it in RP format)

Avery Emerlyn is the last direct blood descendant of the legendary sorcerer Merlin. Tracked down by the remnants of the long forgotten Order of the Round Table as a teen. She's told it is her destiny to stand beside the last Pendragon in the seemingly never-ending battle of good and evil and to ultimately stop darkness from consuming the land.
Transported to the realm of Albion, (a realm similar to but long separated from ours) Avery is trained for years in the ways of magic and becomes a startlingly powerful sorceress.

What happens however when she unknowingly meets the man who's supposed to be her sworn enemy and is inexplicably drawn to him? How will she react when she learns his true identity? Will she steel her heart against him in order to play her 'destined' roll or will she fall deeper into his web and learn things aren't always as they seem?

Notes: Genders can be changed if desired

M/C is a young student at a community college trying to get her gen eds out of the way and decide on a career path. She's always been a typical nerd. A studious, quiet girl trying to keep her head down and avoid being noticed. At first she's just another face in the crowd but when her grades start slipping and she reaches out for help Y/C gets to know her and realizes she's actually pretty cute.
Will they act on the growing attraction between them despite the taboo or will sparks fizzle out?
Will matters become even more complicated when Y/C isn't the only to develop feelings for M/C

Feudal Era/Inuyasha-esque RP:
A strange, creeping darkness has begun to choke the land. Almost all that it touches slowly withers and dies. A handful of those who are seemingly immune to the plight set off to find the cause, eventually crossing paths and deciding to journey together.

[TAB=Fandom]
I'm not super into RPs with canon characters. (Though you can still ask.) However, I'd be willing to do something with OCs in these universes.