Yet Another Creative Title (mostly romance) 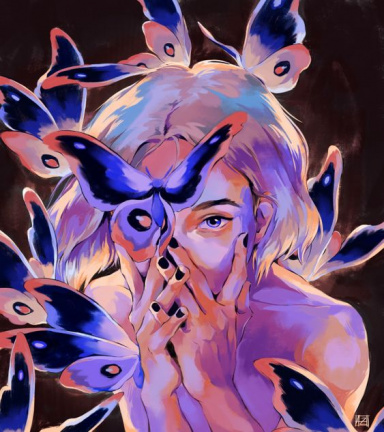 Hello, so, since I am finally able to breathe as I have survived the more stressful parts of art school, (I still have two more less stressfilled weeks to go, but after those it's gonna be straight up Hawaii for me) as of right now, I decided to post yet another search. A little warning before you dive deeper into this tangled up thread, I only roleplay on discord. It's much easier to create a server for a roleplay and create sepperate channels for the character bios, world building, etc. As well as it sends me noticifactions to my phone. So yeah!

As always, I am open to anything, but this time I'd prefer to have a romance roleplay, maybe even some smut, as I really want to get the hang of it as in how to write it in a way that it's interesting to read and not 50 shades of cringe. So, what I kinda have going for me is that I really like to play male characters, who are just like straight up asshats, or try to look cool, but fail at it horribly, I over all like to give my characters some small quirks, such as maybe pressing their thumbnail against their lips when they read, or just some slight obsessions with small things.
For plots, I didn't really think about much, I could honestly play which ever role, which ever gender, even if I'd prefer to play a female character this time, I don't think if it would be the end of the world if I had to play a male one. (A fair warning tho, I like, like more dominant male hcaracters if I am playing a female role, since I am down for a gangster styled characters type..So yeah, ha ha rip)

And this would be it, As I said, I'm down to do anything just hit me up if I tickled your fancy, or anything.