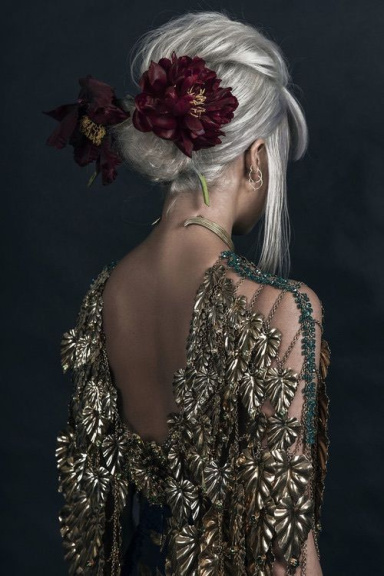 Online Availability
On my phone all day, but I can reply in the evenings.

Hello, all! Thank you for checking out my search thread. Before I get into plots, let me tell you a bit about myself. I'm 23 and a mother of 1, I've been roleplaying since I was about 13 or so, and I tend to find myself as a pretty literate writer, however it depends on my partner. I greatly enjoy anything to do with vampires, so if you have an idea that involves them, let me know! I also currently only play as females, although I am strictly against f+f. I see nothing wrong with it, but I personally find it a little difficult to play. I am generally on iwaku multiple times a day, and can reply pretty much whenever. If ever I need to leave for a few days, like when I go to training for the military, I will let you know. I'm looking for a long-term partner. Possibly multiple story lines. I would prefer it if you could post at least once a day, although I understand that you probably have a life.

Now, if you're still interested, then take a look at the plots and pairings. There aren't many, but I'm willing to do most any pairings you may be craving. Like I said, if nothing here grabs your attention, but you still want me as a partner, then message me. We can come up with something!

Crimson Skies
In 1740's England a war was in full swing. Vampires and werewolves had been fighting for what seemed like centuries, keeping to the shadows, a world long forgotten. No one knows how the war started, but for every vampire or werewolf, they know their orders; find and kill the enemy. Through the years, the war died down slowly. Neither side had made any progress in centuries, just lost thousands of their kind. They needed something else, something to help them gain an advantage over their opponents. Every species knew about the legends, about the secrets that tried to remain hidden. A small group of humans were their only hope to win the war. But for centuries, neither side knew how to find these humans, or even how they were special. They were both determined to find them, though. Werewolves needed their blood to make them stronger, and the vampires wanted to turn them, to use their powers, which would be enhanced by the vampiric transformation, to destroy the werewolves once and for all. In modern times, a young girl is special in every way. Very bright and holds a special ability, one that, if discovered by either vampires or werewolves, would help decide who wins the war.
[In this story, I would like to play the human.]
A Rocking Legend
Every rockstar has a gimmick, something to make them stand out from the crowd. Whether it be a strange sense of fashion, a stand-out voice, or something they claim to be true. Vampires have always found their way into our nightmares, into every little story we've managed to imagine. In most, they're dark creatures, feeding off the life force of the innocent, killing for their own enjoyment. In modern times, one band arises with the claim that the lead singer is in fact a creature of shadows. While most believe that this man is simply a phony, the few who know the truth either try and silence him, or stray far away. The world's last fae finds herself at the concert one night, pulled backstage by a friend. What her friend doesn't realize is that faery blood is irresistible to vampires. What happens when the two finally meet?
Wands and Fangs
A new year is starting. Students come bustling into the castle, groups of first years finally being sorted. Rumors of new students seemed to be false, but as the last of the first years get seated, a group walks in. They seem like your every day witch or wizard, but what the other students don't realize is that the new students are a part of an experiment. Can vampires contain their thirst and be civilized, or will they prove everyone else correct?
(I would love to play the vampire in this one.)
A Walk In The Woods
A young girl and her group of friends go out for a camping trip in the middle of the summer in between classes at the university. They spend the night partying, having fun, and doing whatever. But when the group wakes up in the morning, they realize one of their friend's is gone. After spending hours looking for her, they find she is nowhere to be found. What they don't realize is they soon after they all passed out, someone came into the camp and took their friend. Now, as she wakes, the girl realizes what has happened.
Random Pairings
Wind-Up Doll + Owner
Prince + Princess
Movie Star + Vampire
​
Reactions: Riku942 and dreamthief

Online Availability
On my phone all day, but I can reply in the evenings.