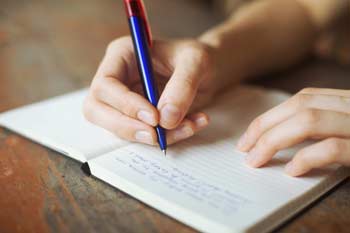 The aim of this exercise is to get into your character's thoughts and perspective as well as to improve your narrative writing. You are encouraged to try getting inside the mind of your character. Be your character.

Write a journal or log entry by a character of your choice. Each week's exercise has a theme and a selected word to implement in your writing vocabulary. Think of it as a way to include different words, sometimes words that you rarely use, in new ways.

Theme:
dreams of power and prestige

adjective;
1. Any of the various types of flies that bite or annoy livestock.
2. One who persistently annoys.
​
B

I am finding it quite distressing the rate at which I am producing these entries. Of course, that would be the sane and rational response to anyone encountering a new activity in which they derive the fullest enjoyment from. These journal entries have many benefits, such as being therapeutic for the immense stress I face at A.C.E everyday and allow me to reflect on day to day events. Humble myself in my mistakes. A good leader, after all, cannot rise without knowing his flaws.

Giovanni made that mistake. Director made that mistake. And those mistakes costed A.C.E of handing the position of world-wide protector to Interpol, a bunch of foolish, naive ingrates who will be unable to deal with the uncoming storm.

I will not be Giovanni or Hudson. They were weak.

But, of course, the purpose of a journal is for self-reflection.

The birthday of my my most youngest brother, Tim, was the most important event today, aside from the Indigo Governors Conference that I was supposed to attend if Hudson didn't assign another executive to the task of handling matters. Bardsley stole my opportunity to have converse with several esteemed members of the Indigo Plateau, individuals which would have been useful in my future endeavors. I have to give Hudson more credit, he knows of my ambition and I was almost tricked into believing that he was a doddering fool after all. Today should be a reminder that one does not simply earn the title of Director of A.C.E.

A well-earned 'break' for his most best agent, Hudson said. I will give credit where credit is due. Compliments will affect even the most intelligent of us, which I am, of course.

Instead of attending a Indigo League courtroom filled with the most illustrious of politicians, I was instead forced to attend a fraternity party in Viridian. My nerves were pushed to the limit today. I was needed in Indigo, not in some meaningless, trivial annual celebration of our age! I had grown past it since I became the ripe age of eighteen.

One of Tim's guest surprised me. I hadn't met him in years. Robert Ashton. I'd been privately observing his routines and career in the Kantonese Ranger Corps. I found it impressive that he'd managed to rise to the ranks of Black-hat, a position only reserved for 0.01 % of the Ranger Corps with a failure rate that even exceeded the chances of becoming an A.C.E director. I would be lying if I didn't feel a small aspect of pride in my brother.

However, my disgust and overwhelming disappointment overwhelms my pride. There are simply many rational reasons why my younger brother should be considered a embarrassment. I despise to be related to him. His foolish intellect is wasted on the useless tenets of morality. It's despicable for people like us to waste our intelligence on foolish endeavors.

Robert was the same man as usual, always the social gadfly, even though it wasn't obvious to anyone. While everyone was happily eating a slice of Oran cheesecake, Robert was making subtle gestures towards me that no one would notice. Things that I would pick up. Winking. Waving his finger. Licking his lips. Moving his irises. Sweating.

He made it most obvious when he gave me that foolish grin of his. Baring his teeth. Crooked teeth. My brother has a poor sense of dental hygiene.

As soon as I'll become Director of A.C.E, I'll sent a White-Tail Agent on him, for a stealth assassination. That will be a promise.

All to help me become Director of A.C.E. Nothing else, of course.

Kanto will prosper under my rule. And the end of my method will always outweigh the means.

Even if my utopia will have to be built on dead men and women.
​
Reactions: Hana
Show hidden low quality content