Who You Tell {FxM or MxM}

Original poster
"I need to be broken," he said. "Only then will I be able to rebuild myself into a better person." The man who said this said it to the wrong person. No one could have guessed eighteen words would result in the abduction of a famed billionaire's son, a young man who had been so incredibly successful. The young man's success had come with a price: his humanity. The person on the end of those fateful words had twisted them into an invitation of sorts. That person knew from the moment those words met their ears that they would be the one to break the young man who had spoken them.

This is the character I'll be using:
​ 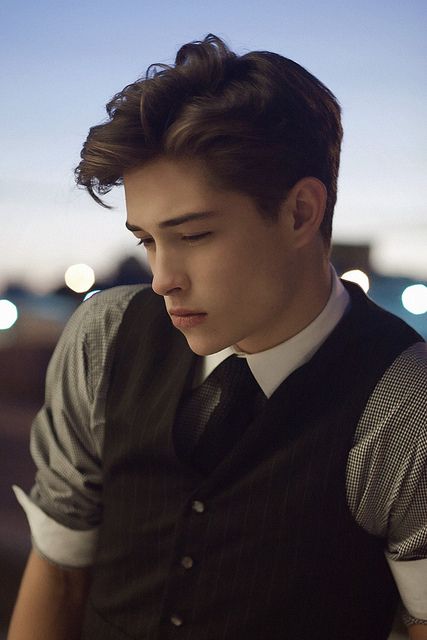 Name: Abraham Rutherford
Age: 26
Orientation: Bisexual
Sexual Nature: Switch
General Personality: Demanding, restless, determined, impatient, ambitious, clever and greedy.
Bio: Growing up with impossible expectations set upon him by his parents, Abraham learned how to be the best at a young age. As Abraham got older, he stopped caring about all the lives he had destroyed in order to be the best. Abraham is often considered to be conceited. In truth, he hates himself and what he's become.​
Reactions: Rieezy, (deleted member) and (deleted member)
P

Original poster
I would love to do this... However, I don't know how to reach you in order to let you know.