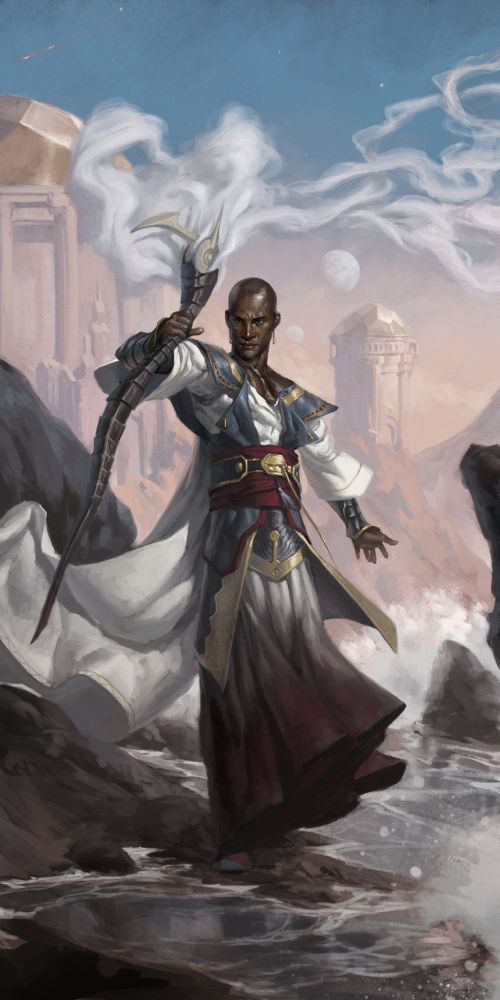 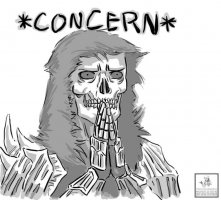 Playing Style- Passive or Aggressive
I'm pretty adaptable on that regard, although I do prefer making my own stories.

Genre You DON'T Like
Romance, anything too heavily sex-focused (implied or ocassional love scenes are fine, though), fan-fic.

Personality: If one were to talk with Zaeed, they would be greeted by an eloquent and well-mannered man with a tendency to "embellish" his speech with fancy metaphors and ambiguous terms that no one but the most erudite of scholars could understand (and even they would have a hard time making sense of some of the things Zaeed would say). Knowledgeable and well-cultured, Zaeed can come off as snobbish and arrogant at times, and he has little patience for fools and those who can't take things seriously when it's needed. However, under his apparent air of superiority hides a kind and compassionate man who tries his best to protect those who are dearest to him, and he is more than eager to give a helping hand to someone in need. This attitude even extends to situations where violence is the only solution, where he would always try to incapacitate his opponents without harming them first, and when that was not an option, then at least make their deaths as quick and painless as possible.

In times of great stress and duress, Zaeed usually has enough willpower to remain calm and collected even when things seemed completely hopeless, as is usual for the members of the Royal Inquisition. That doesn't mean that he has nerves of steel, however; he can still get scared or desperate at times, he is just pretty good at hiding it from the rest of the world.


History: Zaeed was born in 36th of Elderfall in the year 1427, being the only son to a widowed trader in Asgard, capital and main hub of commerce of the Five Isles. His father, a high-ranking Captain of the Navy in charge of MSS Victoria, fell in the Battle of Udmir (year 1426), long before Zaeed drew his first breath.

From a very young age, it was clear that Zaeed shared his father's adventurous and bold spirit, which was only further reinforced when he enlisted in the Legion at the mere age of 16, much to her mother's dismay. It was at that time when he discovered his innate ability to manipulate and bend liquids to his will, a feat which caught the attention of the Royal Inquisition, a company of wizards and witches working for the Emperor whose purpose is to seek and destroy anything (and anyone) related to the Elders, an ancient race of sorcerers and practicioners of the dark arts who sought to bring the "End of the World as We Know It".

Under the mentorship of Master Hikmat, Zaeed spent the next seven years of his life learning to control his new-found powers, and it wasn't until he turned 23 when he was finally sent on his first assignment in the island of Faelglen, in order to investigate some rumors about a Elder cult hiding somewhere in the region. As one may have already imagined, the truth proved to be much darker and more complex than it initially seemed, but alas, that's a story for another time.

In the years that followed, Zaeed quickly rose through the Inquisition's ranks, all of which culminated with his promotion to the rank of Grandmaster, which put him under the direct command of the Emperor himself. In fact, just as we speak right now, Zaeed is currently on a mission to track down the Emperor's son, whose entire convoy disappeared under mysterious circumstances near the beaches of Celes, the southern-most island of the Five. Only time will tell if Zaeed's resolve is strong enough to face against the hidden horrors that are coming his way...


Equipment: As a member of the Royal Inquisition, Zaeed could be usually seen wearing his inquisitor robes, which were inbued with ward spells that shielded him from the Elder magic's influence, alongside with a ornate metal staff with a hidden compartment filled with water on one of its ends. With some careful application of his magic, Zaeed could easily manipulate said water based on what the situation required, be it creating a cloud of steam in order to distract his enemies while he escaped or sending icicles straight at them.


Abilities and Skills: As a water mage, Zaeed is especially skilled at manipulating liquids of any kind, be it to change their state to another, teleport them to different place or simply siphoning water from thin air. However, that was only a fraction of what Zaeed could do; if he was ever so inclined, he could make his enemies' blood boil, or turn their cells into a liquid mush of bones and bodily fluids. Luckily, setting aside the fact that such spells required monumental amounts of energy and effort to pull off, Zaeed is not particularly fond of causing unnecessary bloodshed, and thus he rarely, if ever, relied on those powers in his adventures.


Strengths: Contrary to popular belief, water mages are not vulnerable to fire, and Zaeed is no exception. What point there is in trying to set someone on fire when they can easily douse the flames covering their body with a snap of the fingers? It was a foolish endeavor, as far as Zaeed was concerned.


Weaknesses: In an amusing twist of irony, despite Zaeed's prowess at manipulating liquids, he never actually learned how to swim, and if that wasn't insulting enough, he is also prone to suffer from sea sickness whenever he sets even a single foot on any maritime vessel in the Five Isles! Aside from this, however, Zaeed is no different from any other non-magical human being.​
Last edited: Apr 27, 2018
Reactions: Takumi, SerpentJournal and Joan

I"ll be back when I can stop giggling...and after I've slept a bit too...I think I'm delirious...NIGHT!
Reactions: Joan

Occupation: Protector of the Islands/Scholar

History: An orphan from the mainland, from the kingdom of Arcania, Aharon lost his parents at a young age and was smuggled to the islands to be traded to some corrupt officials there, until an old Monk saved him, having foresaw Aharon's arrival. Taking Aharon in, the Monk taught Aharon as well as his grandsons magic. The three children grew as close as brothers, until one day while the three were around 12 years of age, a horrible storm came to the islands. The storm cause heavy rains and hard cutting winds, and the three young men had been hauling in a small catch they made, attempting to quickly being it home before anyone could possibly get hurt. Unfortunately, their boat flipped over. To this day, he believes he was being looked over by the Sky and Sea Goddess of the Islands, Dia. Aharon survived that day, one of the twins did not and unfortunately the other eventually went insane.

Equipment: Staff carved out of an old tree branch from a tree near the Monk's home. With skill, the Monk made it almost resemble a Dragon's tail.

-Blessed by Dia to protect the islands south of Archania

-Can cook, hunt and fish

-Skilled with a bow and club/mallet if needed

-Can make small woodcarved toys, but nothing too big or complicated

-Is somewhat skilled in diplomacy

-Always willing to learn new things and to grow wiser.

-Due to the nature of his magic's element, it can be a little hard to control, but is otherwise considered a "Master"

Other: Currently doesn't bother with finding love, instead is glad for the things he has and the close circle of people he knows and trusts.
Last edited: Dec 19, 2018
Reactions: Joan