' Where the King's left behind ' - my personal character that I had into it ! 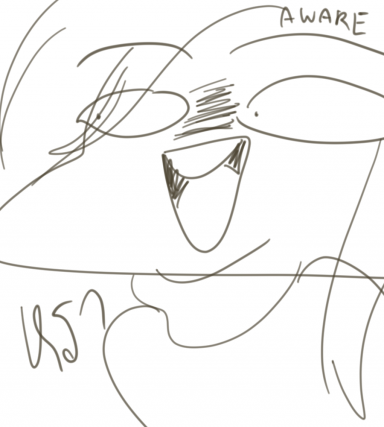 Hello everyone! so.. like I said my personal character story that I tried to find someone to play with ;;; (I have 3 of them)

Hugo is going to be a next Queen of Persicus Land (She really want to pronoun King 'cause she's very comfort with it) but suddenly her uncle who's that need to steal all her legacy. He overrun to Hugo to attack and used the knife to make a scar on her left eye , then her uncle submerge Hugo in water then run into her dad(who's actually king but now he's not) to told him a lies about Hugo she's make a very big mistaked so uncle need to repel her out of our land

Hugo didn't dead but almost ' Klood L. Rutherford ' found her while travelling (Klood can be He/Him She/her They/them whatever she can like Hugo!) so Klood bring Hugo back to her home and ' Thomas ' (Her housemate) help Hugo too . (Thomas pronouns go like Hugo and Klood either!)

SO ! now Hugo was rescue by them and make friends with them (Now they're lives together) because she wants her throne back so that's why she need them.

' Klood L. Rutherford ' : Actually she's not like of a kind other human in this world. She be born again in a new body at the past it's ' HIM ' who's name ' Alijah ' (Nobleman of ??? country)
but he's make a very bad mistaked (If you wanna know I can tell that detail to you!) and someone spread his bad news until he gettings kill by the King (Hugo Grandfather)

Now she in a new girl body but she still memorizing about her past , sometimes she has a hallucination which is she'll saw everything in front of her are the past
( Example : if there a knife in front of you, Klood will saw that like a sword . she'll grab it and try to be in the war ) **But now it's going great Klood used to wearing sun-glasses all the times (It's not ordinary glasses) so she can keep control her minds about what's going on and calm.

' Thomas ' : Obviously a demon from hell (Had none body but go by female (look like male but short and her voice sound like male)
Thomas or Tom (just Tom) trying to be a God of the world (even hell) so she's going out of hell and lives with the other two, look like doesn't cares about friends much but she do cares

Personality and other things about them so veeeeeeery long and hard to explain! TT____TT
but if you really need to know I'll try my best to use my suck english skills to tell ya!! and yeah can teach me while rp as well!!