When There Was No One Else 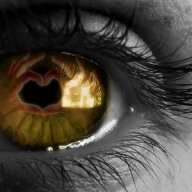 Online Availability
Friday,Saturday- Whenever I want. All other days: After about 3.

Genres
Fantasy, Modern, Magical, Romance, I'm open to almost anything. Just feel free to ask. If I'm not comfortable with it, I will calmly talk about it. Otherwise, I'm all over the spectrum.

It was chilly being this high. Brown-green eyes cast downward and scanning the crowd on the streets. It wasn't as bad as how it probably could be, when it comes to crowd, but this one was a bit more murderous. The bloodthirsty intent of each individual to go straight for the neck. It was now a kill or be killed world out there and all she wished for was peace.

All she wanted was peace to be restored.

She looked down at the ledge before her, picking up her pistol and other weapons and returning them to their places. The sun was halfway up the horizon which meant that it was time for her to continue her trek. The woman tugged her hair back into a high ponytail, reading herself for the beings below. By how slowly they moved and most with a limp to their half-dead bodies, she knew that she was going to have a lot to go against.

"Deep breaths," she whispered, slowly regaining her focus for the day. "I'll make it through today, too."

After all, she was probably the last person alive in this zombie apocalypse. 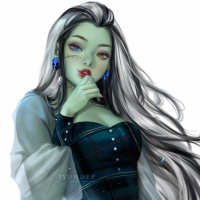 Ryan adjusted his glasses while holstering his 9mm handgun. He closed his eyes and sighed as he leaned back against the wall. He had just went through hell in a hand basket and made it out alive. Ryan bent down and placed his foot on the zombie's shoulder and put all his strength in pulling out a machete. He put it in it's hip holster opposite of the handgun and walked through the corpses on the ground. Ryan was wearing a simple t-shirt and jeans with combat boots he pilfered out of a shoe store. He looked around as he walked through the corpses and rounded a corner where he saw a crowd of zombies just shambling and shuffling about. They were slow but they were deadly in numbers and Ryan just wasn't ready to tackle that. He barely made it out of live from a much smaller crowd.

Perhaps he could sneak around the crowd. Who knows. Ryan's light brown eyes scanned the area for possible paths.

Online Availability
Friday,Saturday- Whenever I want. All other days: After about 3.

Genres
Fantasy, Modern, Magical, Romance, I'm open to almost anything. Just feel free to ask. If I'm not comfortable with it, I will calmly talk about it. Otherwise, I'm all over the spectrum.

The woman took to scanning her potential path again, looking down at the street filled with the undead. It was in this moment that her gaze caught the movement that was not like the corpses. No, this one was intelligent. It was alive. She leaned over the edge of the building, squinting hard at where she saw it from.

There it was. A person. One who was probably thinking of a dreadful attempt around the crowd of flesh and rot, but a person none-the-less. After a few moments of being absolutely awestruck, she moved, heading straight toward the roof's exit and rushing down the stairs.

Thick black boots clunked their way down the stairs, weighted down by the knives and bullets she carried. She ran down to the second floor of the building, the first floor having been intricately blockaded at some point. Her feet took her to the fire escape beside the building, carefully stepping onto the rusted metal to reduce any noise that would pick up the attention of the zombies on the street.

She had to see for herself. She had to make sure that her eyes weren't playing tricks on her. That there could quite possibly be someone else. After so many months alone in this hell and trying to find others, help others, or somehow alleviate the dread that she constantly felt.... This could be it. She swung down from the fire escape, landing quietly on the cement before creeping over to the corner and peek around it.

"Where did I see that person...?" she thought, straining a gaze through the crowd.
Show hidden low quality content