Online Availability
Usually in the evenings.

Hello! Latey I've been desperate to do some role playing. I have been doing it for years, and want to start up again. Because of a recent illness I have too much time on my hands. I've got some pairings, fandoms and plots I'd love to do. If you have any interest please message me! I'm fine with playing male and female characters.

Muse A's Father is a mighty ruler. Loved by many hated by none. Muse A is a lucky or maybe unlucky Prince/Princess. There is a tradition in these parts that when the first born Prince/Princess turns 18 he/she must choose someone to marry(Muse B). Not just any person will do. He/she must find a peasant as a candidate. One of the locals. That's not really the problem. The problem is Muse A has one night at a dance to find the one. Once Muse A make your choice you get to spend a week with her. If you happen to fall in love them you will rule the kingdom. If you end up not liking the girl then game over, you'll no longer be Prince. Choose wisely, it will impact the rest of your life.
​
The Hunt
Muse B is a well-known hunter within the kingdom of Umbra. His hunted down countless beasts and has strong fighting abilities. His favorite keepsake from his father is a quill with a blue and golden feather on the end of it, said to come from the 'Bird of Syria ' a mythical creature who is said to use to guard the forgotten city. One day, Muse B finds himself strong enough and ventures into an untouched forest with the hopes of finding the legendary bird and hunting it to make his father proud. There, in the supposedly uninhabited forest Muse B finds a girl. Muse A, chooses to lend him a hand, showing him the way into the large forest. But what the legend didn't say, is that the Bird of Syria could turn to human.


War​
Muse A is a princess/prince living in a peaceful kingdom, with no knowledge of the whole other realm that exists beyond its borders. While wandering in the forest near dusk, much to their escort’s dismay, the kingdom comes under attack by creatures/beings thought only to exist in fairytales and ancient legends. When a rider comes to warn Muse A that the castle has been taken, they are beseeched to flee to safety. Fearing for their parents’ lives, Muse A refuses to run away and makes haste back to the castle. Before they can reunite with their royal parents, Muse A is captured by the enemy. Muse B is Muse A’s captor, who is under orders from their king/queen to kidnap the prince/princess for the purposes of ransom. Muse A is taken to the other realm, where no person in the kingdom has ever gone. Muse A is locked up in a cell with Muse B as their guard.

Despite the circumstances, Muse B treats Muse A with compassion, providing companionship, kind words and extra sustenance. After a few days of captivity, Muse A and Muse B are managing to get along; Muse A is terribly homesick and worried about the state of their kingdom. In an act of selflessness, Muse B helps Muse A escape. Muse B promises to keep Muse A safe from harm, as long as Muse A does not run away from them. Muse A agrees and Muse B keeps their promise. One night, while they’re asleep in the forest, soldiers from Muse A’s fallen kingdom attack. They rescue Muse A and take Muse B as prisoner. Upon returning to the castle, Muse B is imprisoned. Feeling for their captor/turned savior, Muse A shows Muse B the same compassion and care that Muse B showed them while they were imprisoned.

With the threat of backlash from the other realm looming, will Muse A and Muse B’s budding friendship survive? Will Muse A appeal to the king and queen to spare Muse B’s life and to end the impending war between realms?
Vampire Prince
Muse A is a vampire Prince. They rule the kingdom and sit on the throne, but it's all with reluctance. Every year a sacrifice is brought from a nearby village for The Vampire Royalty. They kidnap Muse B and take them to the castle.

(This plot can go many different ways. We can discuss it if you are interested.)

Guardian Angel?
You've always considered yourself pretty lucky. You've had some close calls but hey, you haven't died yet. The thing is, it feels like someone is watching over you. Someone is keeping you safe. Someone is making sure you don't die, not yet anyway. It's not until you meet the new guy/girl at school that you might actually believe in angels. Why has he/she suddenly appeared in the time you most need someone. Why does he/she seem so intent on being your friend. Why does he/she always appear when bad things happen? Why does he/she make everything seem okay? What if you have a guardian angel and he/she is yours?

Masquerade
Everyone is invited to a ball. Not just any type of ball. It's a masquerade. You and many others dress up and come to the dance where you will know no one. At least you don't think you know anyone. Everyone has a mask on, how would you know? It's not until some stranger asks you for a dance that you realize how suspicious this is. You two get along really well but you can't help but want to see his face. You want to see who he is. He's not ready to show you though. When will be the right time? When will he show you the true him? When will you show him the true you? Maybe there's more behind a mask than what we see.
(This can be made into super natural and fantasy.)

Mermaids Are Real?
Muse B has always had a fear of swimming, especially in the ocean, ever since he was a young child. The reasoning behind this fear is the fact that he almost drowned at a young age and doesn't quite know how he survived. But he does know, that every now and again ever since the incident he would have a dream of a mermaid-like creature saving him. Because of this, he believed slightly that the world held much more than they knew.

Years later and he's all grown up, now working as a Marine Biologist back at his old home near the water. There, he takes a stroll down the beach only to see Muse A, the same mermaid who rescued him as a child stranded on the beach. Luckily no one was around to see so he helped her, returning her back to the water. From there a friendship grew between the two as they would often arrange to meet up and Muse A even assisted in some of Muse B's work. But what Muse A doesn't know is that every time they meet, Muse B takes notes and observations of the Siren-like creature. He knows that it would be revolutionary if he had finally discovered the proof the world needed to know that mermaids exist. So soon, he is left with a choice. The world, or her.

Hihi, I would love to roleplay with you and to be fairly honest I like everything here. So~ Ye, also a fair warning I am shuffling around with school and emotional stress so my replies will either be slack or be slow until July

I think I could try my hand at supernatural creature x hunter, fairy tail or bird of Syria plots.

Hi, I really love your choice roleplay idea and your mermaids are real idea. Please let me know if you’re still looking! 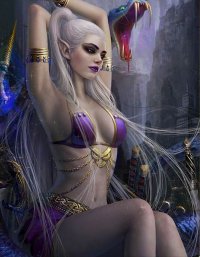 Hello I am not sure if you are still looking for anyone to roleplay with and I like both Vampire prince and Guardian Angel please let me know if they are still open. I roleplay third person and can reply a few times a day.

I would be interested in the Vampire prince plot 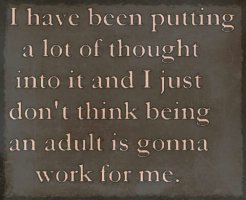 If you are still looking, Demon x Human, sounds like something I could get into.

Online Availability
Usually in the evenings.