Original poster
Hey i have an idea for an Rp but first i have to do some research so i want to know what scares you? what freaks you out? what gives you nightmares? Let me know no matter how ridiculous it is :D i feel less manly telling you this but im deathly afraid of snakes. DX
O

Original poster
As a girl i know im supposed to be afraid of Snakes and spiders but they don't bother me, only two things really scare me and im embarrassed to admit it. 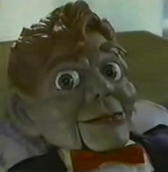 I watched this movie when i was a little kid and this Dummy freaked me out, even now as a teenager he still gives me the creeps *Blushes*

Original poster
I will again confess, I. Am. TERRIFIED of zombies. But if I had to try and dig down to the source of this fear, I think its because I'm afraid of loosing control over my own actions. My life is a careful balance of lies and manipulations and the few times I have been truely, utterly helpless; bad shit happened to me. I suppose I'm afraid of zombies because I'm afraid of hurting others through my actions, but more than that, I think I'm afraid of it becoming my purpose, something enjoyable. I have a lot of unresolved anger issues. I'm afraid of ceasing to care.

If any of that made any sense.

Lovecraft mythos, inner daemons (in the literal sense of the word your mind turning against you) Things that subvert both me and my perception of reality in ways I can never understand simply because I'm bred to live a lie.
A

Original poster
I have a phobia of moths. I honestly do not know how SWEATY, ABSOLUTE, PULSE-POUNDING TERROR manifested itself in the form of a wriggly, fat, fuzzy underwear-eating creature with wings...but it did. >:( and I remember THE EXACT MOMENT it began too...and it BUGS THE HELL OUT OF ME (hur hur I didn't notice that pun until I almost hit the post button) THAT I CAN'T FIGURE OUT WHY!

But yeah, even seeing them in films is enough to make me lose the feeling in my legs. There was a sudden image of one in a film I was watching with a buddy recently and I screamed :I and hid my face with my hands.


Oddly enough it doesn't carry over to birds or butterflies or other insects with wings or even planes. It is a mystery.

Me scared of lots of people in tiny areas...... breathing stops and i totally freak out. It's hilarious.

There's little things that kinda scare me, but not to the point of freaking out. D: Like spiders, the dark, etc...

I'm with TZ with the fear of zombies. c__c I don't care what kind of zombies.

And plagues. D: plagues are scary.

And the thought of society and governments crumbling, and us getting stuck in a "everybody for themselves" deal cause of mass disaster.

Sometimes.... only like two or three times out the year... My little four - six year old self comes back to haunt me, and I can not deal with any type of darkness. Have to Sleep with lights and everything in that sense. I get so jumpy at that point as well, that any noise scares the hell out of me. And then I start thinking that reality is nothing but a dream and I go into this sense of self that I'm walking in a dream and nothing is real..e.e It gets to the point that I feel like the only thing alive and that I'm walking in the past.

Confessing past mess ups and apologizing to people for my actions. I've done a lot to make people hurt in some way, and I've always been afraid to go back and face them again. For example: When I was younger, I was apart of my neighbor's house burning down, where he lost everything in that house, and then he moved to New Orleans, where a year later his house was hit by Katrina and he lost everything again. I don't think I would ever be able to face him or his family (for I knew his wife and kid), ever again. It' something that I feel most guilty for, and the fear of facing them is overwhelming. Mainly it would be because he was a good friend to us, and I would be at his house a lot playing outside with his daughter. It's something that is impossible for me to forget, and yet impossible for me to face them again.

And I also despise anything that flies and has a stinger. Bees, wasps, hornets...etc. Any other insect or reptile or animal I deathly love. :3
S

Original poster
I am afraid of natural deep water. I don't mind deep water in a pool but if its natural I will not go into it, I don't know whats underneath me.

And as weird as it may sound, anything with holes. Mainly things that shouldn't have holes that do, but even things like wasps nests and coral, that should. Just small holes creep me out enough to be a fear.
D

Original poster
Dying and being left alone for the rest of my life.
F

Original poster
I love phobias. Heights bother me. Going up, no problem, getting down is an issue. Rats. I freaking hate rats. But probably my biggest fear is clowns. It's not so much the clown costume, it's not knowing who's behind all the make up.

I don't really have any irrational fears.

Dishonesty scares me. Best friends turning to worst enemies over lies and deceit, backstabbers, betrayers....Things like that.

Human affection and failing I guess are my biggest fears
C

Original poster
Death alone and in great pain...no one by my side to comfort me. The unknown. Small spaces. Burried alive. Being abandoned by those I care most about. Being stabbed...in the back. I mean that literally. Having the child die in the womb when I finnaly choose to have kids or not being able to have children at all. Sometimes I get chills when its dark and I'm alone and I have to walk by a mirror.

So...Im not afraid of insects unless they are crawling all over me. I..guess thats it...besides the fear of myself.
D

Original poster
Being alone. Not in the sense of not having anyone around, but not having anyone period. I also don't like standing at the edge of something while really high up, like a cliff (although I do want to go skydiving). Ooh, being a prisoner in my own body. If my body was being controlled by someone else, yet I was still concious, that'd just freak me out to no end; I'd probably lose it.

Being betrayed is also pretty scary. If someone is decieving you by pretending to be your friend and then all of a sudden, wham! They tell you it was all just some sick joke? Yeah, I'd hate that...
Show hidden low quality content
You must log in or register to reply here.
Share:
Reddit Pinterest Tumblr WhatsApp Email Link
Top Bottom