What are characters to you?

Original poster
Hey, just a thought I had. I have a particular way of thinking of characters, whether in an RP or story, whether I'm writing them or not, and it leads to a lot of my philosophy about how writing should go. I'll get into exactly what it is in a moment, but first I want to ask my fellow Iwakuans to describe the same thing: What is a character to you?


Now I'll go ahead and answer my own question down here. To me, a character is a person in every way, except that he or she is fictional. Now, if I just put it that way, a fictional person, it seems really obvious, but there's a lot to my definition of the phrase. I think of each character as an individual with their own thought patterns and mannerisms, beliefs and opinions and feelings. I guess you could say I have a muse with an extreme split-personality disorder, as my inspiration tends to come through as a character's voice speaking (not necessarily to me), narrating just what they think and would do in a given situation, or sometimes just bits and pieces of their life. It's for this reason that I tend to think of all stories as character-driven: Plot is just people doing things while we watch. Mischaracterization is my hated enemy, as it often results from a character's personality becoming inexplicably subservient to a pre-planned plot. Since I think of characters as people, I also tend to dislike it when a character is seriously hurt or killed off in a way that is pointless, reasonless, or just stupid. Don't get me wrong, I accept character deaths wholeheartedly as long as they make sense. This is also why I hate to see an RP die. It's like if you took an entire world's worth of people and just destroyed them for no reason.

I think of characters as real people and I am either stepping in to their shoes to live their life or being the god that controls them. c_____c

There is a complete separation between who my characters are and who -I- am. Once I am playing a character or "In Character" I am 100% playing that character true to what -they- would do. And I get REALLY FRUSTRATED when people try to correct ME or get mad at ME for what a character thinks/does. (For example; Correcting ME when a character gets info wrong, or yelling at me cause a character is being a bitch. c__c;) I'm not a self-insert player, so that bugs the hell out of me.

I do feel for and get sad or upset when bad things happen to characters. But because I have enough separation from them, I take pleasure in it as an evil evil outsider. XD It's like reading a book or a soap opera. I know it's not real, so if something happens in game or the roleplay dies off unexpectedly, it doesn't bother me that much. I know that I can always reuse those characters again.

One of the other things that does piss me off is hijacking my characters. I am very possessive god of my characters and I don't like other gods touching my stuff. D:<
T

The Butterfly said:
Coats of various make.
Click to expand...

Original poster
My characters are people who I briefly look through the eyes of, 'Being John Malkovich' style.
They are not me, and not extensions of me by any means. Some of them have characteristics that I also have, but they remain their own people. I really enjoy playing people who are completely different than me in terms of personality. Adds a lot of depth to their character, as you explore their interactions with other people and the world around them. The area where I fail in terms of differentiating my characters from me is that the majority of them are human, or human like. Quite a few are Hell/Devil related too.
Oh well.
C

Original poster
To me, they're facets of a person's being. They are devices to drive home whatever the storyteller wishes to propagate, even if that means that they would essentially be tiny flickers in the greater scheme of things.
R

Original poster
I'm going with Butterfly on this. They're coats.

Put them on, take them off; they're fun to have and you get to walk in another man's shoes for a while with none of the risk of actually having to deal with their problems, yet basking in all their victories.

As an old-school D&Der, when a character dies, they (usually) stay dead. It sucks, especially if you spent a lot of time running a particular character, but its also an opportunity to play something else...or play Fighter McWarrior's strangely identical twin brother, which could well become a whole clan of identical relatives if you die enough....

For me, characters don't mean much aside from a chance to play something I'm not (if I play a mage-type). Or better, play an exaggerated version of what I am (jacks of all trades, masters of awesome-type characters). And I'm one of those gamers who'd play the gender bender monster goblin thief just to fill out the gaming table; I'm not too picky. Part of the fun is gaming itself, not what i'm playing.

In all seriousness, I like Butters and Razilin's analogy; characters are pretty much coats you wear to put you in the mindset of someone else.
R

Dwarves FTW, for Edoras and Erolingas! For the bloody red dawn! CURAHEE!
L

Original poster
The coats thing is a good analogy. But I suppose I am sort of a self-insert writer, with my own characters I make up (Chuck as opposed to Aya, say) they are extensions and/or sort of projections of aspects of myself, just focused and magnified. I have happy, carefree days like Bae Yun ( I WILL get to play him someday, somehow, dammit) and I have guilt issues am usually fairly gruff like Chuck. I'm a twinless twin (tho I don't know if anyone even remembers Kirk and Xu Fahl its been so long and I think I only used them once) and a bookworm like Allairo... I just isolate one or two aspects of me I feel like acting out would help the story along with and try to build a person around them. I don't like playing overly complicated characters, I'm complicated enough for me.
R

Original poster
Eh, I don't think of them as coats moreso as peices of myself. The different characters I have are all different parts of me.

Genres
Romance, Yaoi, Fantasy, Historical, Modern, Horror; anything really, I'll try my hand at something once.

I agree with Ravine, each and everyone of my characters is a piece of myself

I like to play characters that are nothing like me, although I am sure little bits of myself slips into my characters.
J

Original poster
In the context of RPing, characters are like coats or hats for me. Maybe even shoes. Different personas to try on and make my own for a little while.
F

Original poster
Could you say they're like toe socks? I mean, if they fit that good... That'd make for a great character.

For me though, they are both coats and facets of my identity, exploited into someone completely different, only to be stripped off the person in question and worn a la Buffalo Bill. (horrible sounding, I know, but it's true, isn't it?) 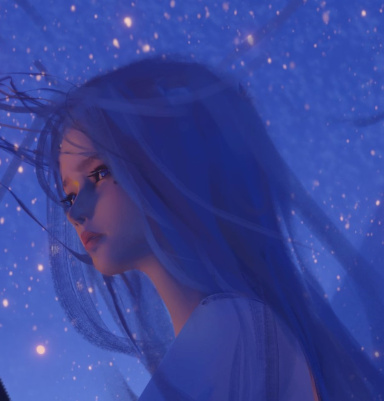 Sims. Made them up for whatever reason, I get very into them for a while and then cool off eventually when stuff is winding down or there's something shinier to take its place.

There's a few I got attached to cos of something daft, but I rarely use them because I know it's stupid to be too attached to characters. Then again, I attach to people pretty easily and that seems to apply with fictional ones too - see here 10th Doctor, Angel and Louis from the Charlie Parker series, etc etc. Yay.
Show hidden low quality content
You must log in or register to reply here.
Share:
Reddit Pinterest Tumblr WhatsApp Email Share Link
Top Bottom