Another writing challenge where you are invited to stretch your muse into giving up a post length story based on a theme or phrase. Its just for fun and a great way to practice writing at whatever level of detail you feel comfortable with.

Okay its the week of Christmas which means we have a present themed theme for you. Though nothing is ever strait forwards AND inspiring, well maybe not but I like twists so without further ado....

This week's theme: The mysterious present.

Key to this will most likely be in the person's reactions to the present, facial expressions and so on. Have fun.
B

He knew it well. He knew it all too well. The size. The shape. The feeling. The smell. As a seven year old, he had not known what to do with it. He just stared at it, but he knew that there was something inside it. The man that had given it to him was in a hurry to get rid of it. What cursed thing had been handed to him, he hadn't known until now. But there was an evil. An unspeakable evil that would take over his body at the first chance he got. He wasn't a boy anymore and he was a powerful man. He was capable of withstanding any evil that came his way. He alone had struck down several enemies.
The man that gave him that mysterious present said that he was from the future, but he knew better. Time travel was impossible. And with a shaky hand he opened the box for the first time and there was nothing in it but a mirror and a note that read: Do you realize now what you've become?
He looked at himself, scarred on nearly every inch of his face. He threw the mirror on the ground. That unspeakable evil... it was him... that mysterious present that had scared him all these years was nearly the person that terrorized others for an entire generation... 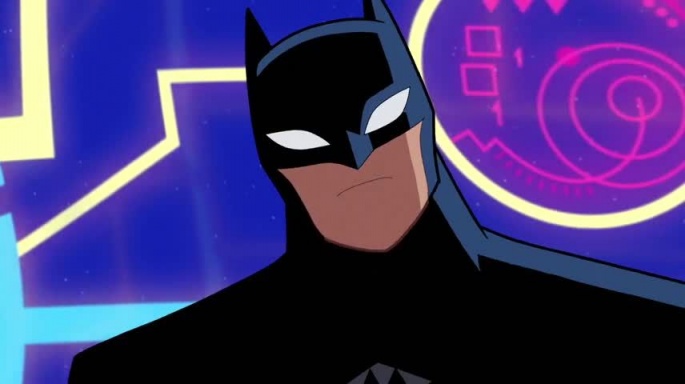 Fake it til You Make it

This present came without a trace. All that was on the label read


To: Lola
From: Your Admirer~

​
It was Christmas and Lola Page had finished helping her father clean up from the Christmas party he threw when she found the lone gift on the coffee table. With a mental command, a vine grasped it gently and gave it to her. She, a nature wizard, petted the vine before slowly unwrapping the festive paper. It was red, decorated with happy snowmen holding wreaths. "I-I wonder who it is... I've never had a secret admirer before."

Her father absent-mindedly grabbed his mug of eggnog and sat in his chair across from her. "Admirer, eh? I can believe it. You're just as beautiful as your mother was. I'm surprised you aren't dating yet."

Lola's cheeks went red with embarrassment. "The-The last time I did that, my boyfriend did turn out to be a-a criminal...and try to kill you." She didn't want to tear the paper, so it was taking a few moments to get it open.

"It was just a bit of bad luck dear. Don't fret. You'll have to try again you know. And I'm not going to go down so easily. Anyway, open it."

"I am, I am." After the wrapping paper was off, she set it to the side and moved to sit on the couch to open the medium sized box. "I was given such nice things already I can't imagine what-!" Lola gasped and jumped back in horror. Her father raised an eyebrow and leaned forward to see what spooked his easily frightened daughter. Though this time, her excuse to be frightened was valid. Inside the box was a dead silver and blue hummingbird, it's neck definitely had been snapped...Next to it rested a jet black rose covered in thorns...and a note. Her love for animals and nature itself, and seeing the dead bird caused her to tear up a bit, but she didn't cry- at least not yet.

Her father reached down and pulled the note out..

You cannot fathom how much I love you! So, I decided to get you something special for Christmas. I know how much you love animals and plants, so I got you a bird- though it wouldn't sit still so I put it to sleep. I also got you the most beautiful flower I could find but be careful, you don't want to prick those pretty fingers of yours. Black looked so much better than red!

I hope you enjoy your gifts and I'll enjoy the gift of admiring you from a distance...until the day I can make you mine.

Until that day Miss Lola Page

With love, your Admirer​
Lola looked over at her father in terror. "I won't let anything happen to you. I promise." He moved over and hugged her as she tried not to panic. "I'll have some men investigate. This'll be over before you know it, don't you worry. Nothing will happen to you."
Reactions: Roose Hurro

Christmas was a week past, and her birthday wasn't for several more weeks. Yet, here was a package. Neatly wrapped in metallic blue paper with a silvery ribbon tied in a perfect bow. The tag simply said "Leandra" with a strange looking smiley face drawn beneath. Stepping back from the counter where she found the gift, Lea ran her fingers through her hair.

"Where did this come from?" The question fell flat in the scarcely decorated apartment. Nobody was there to answer as she lived alone, and nobody should have been able to get in to leave such a thing either.

The box was suspect. There was no doubt about that. Lea paced around the kitchen trying to deduce who could have possibly sent it. The list of people was remarkably short being that only her immediate family knew her full name, but she knew it was from none of them. The handwriting wasn't familiar in the slightest, and they had all decided not to exchange gifts.

Time passed, and Lea's pacing began to tire her legs, but her mind never stopped. Pulling up a chair, she situated herself into the seat, never taking her eyes off the box. She knew that eventually her curiosity would get the better of her, as it always did, and she would open it, but for the time being the box was considered potentially dangerous. Her job had made her wary, but had done little to stifle her inquisitive mind. It had, on occasion got her in a bit of trouble.

Minutes faded to hours, and still Lea sat there, staring at the unmoving package. She felt like it might be time. Enough time had passed to where if there was pressing dangers lurking in the shadows of wrapping paper and pretty bows it would have happened already. With a deep breath, Lea pushed herself out of the dining chair and stood in front of the island. With skilled fingers she undid the bow, and removed all the tape from the sides. Taking care not to jostle the contents, she slid the box from the opening in the paper and stared at it more.

'Stupid', was definitely the best way to describe how she felt as she stared at the contents of the package. Inside the box, nestled in bubble wrap and packing peanuts was a miniature statue. She knew who had sent it, and now she knew had it had made it into her home. Pushing out a dry chuckle, Lea set up the little marble statue on the counter and made a mental note to thank Leo next time they worked together.
Show hidden low quality content
You must log in or register to reply here.
Share:
Reddit Pinterest Tumblr WhatsApp Email Share Link
Top Bottom