We Used to Be Friends... 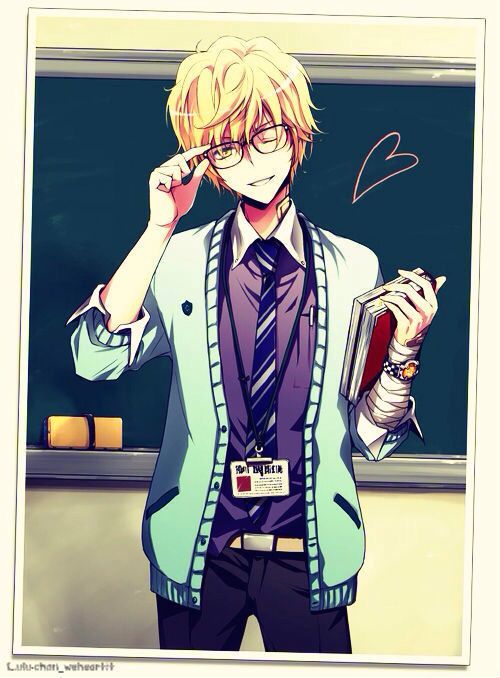 Personality:
Xavier is a pretty nerdy boy and often spends his time with his head in books. He it one of the nerdy boys that are also pretty sweet and outgoing, although after Lottie had just left him he had seemed to be pretty quiet now and again.
Features:
He has a tattoo on his back of black wings and one on her wrist that says change in Chinese. He also occasionally wears a lip ring although it irritates him.
Brief bio:
Xavier has had a pretty normal life, a calm and perfect one. He was born as an only child and quickly became one of the 'loners' in elementary school. This left him to focus on his grades as the years went by but when he met Charlie, it brought a little bit of colour into his life. Xavier was obviously torn when she left him suddenly, but he still didn't know why.
(Hope that's okay.)

Xavier dug his hands into his pockets as he left his house with an apple in his mouth, munching on it as his legs walked forward. He bit his lip and sighed as he saw his former best friend walking in the same direction he was with all of her siblings. He smiled lightly, even though she wouldn't see. He comtineud to walk, watching as Lottie dropped off her siblings at their own school he sighed, forgetting about her just as she had forgot him.

He entered through the school doors just as she had and he kept his eyes glued to the floor. Xavier bit his lip as he walked over to his locker, which was unfortunately rig next to hers. He let out a quiet sigh that Charlotte could obviously hear. Xavier took out his books and turned to her with forced confidence.

"U-Uh, Charlotte...I was wondering if you wanted to go to the dance with me?"

He said as a blush appeared to his cheeks. He didn't even know why he had asked, but he wanted to try and get back together as friends with her. The only thing Xavier could do was to try...

(Cool a couple questions.
How does a 16 year old get a tattoo? I thought it was illegal to tattoo a minor? (Unless he had parent consent maybe? I dunno you don't have to change anything really just wondering...)
And does Xavier live on a farm? Or like an orchard maybe? Or does he just have a house in town with his parents? A house in the country with no farm?)

Charlie heard Xavier sigh she generally tried to ignore him. It was awkward since his locker was right next to hers. She pulled out a text book, a small note book, and a long, thin wooden pencil box that held all the writing utensils she needed, her Abuelo(Her Mom's father) had made all the children a wooden pencil case before they started school, he'd actually made Xavier one too because they'd been so close when they were little he'd said the boy 'was like his nieto(Grandson)'.
She shoved the box and the note book in her cargo pocket, stuck the text book under her arm, and turned to leave when she heard Xavier address her.
Charlotte...she rarely actually got called Charlotte. She glanced at him then looked away, panic rising too her throat. The older he got the more her former friend looked like his father. She swallowed when he asked her too the dance.
Charlie knew she was being rude, but her throat felt too tight if talked her voice would crack and he'd know something was wrong. She turned and walked quickly away ducking into the bathroom she bent over a sink and splashed cold water over her face. She put her text book down on the counter and rested her hands on the edge of the sink staring into it. This was pathetic, she was pathetic...she couldn't even look at Xavier without feeling panicked. Charlie felt her arms trembling, she splashed more cold water on her face and the dried it off. She needed to get to class.
Charlie left the bathroom and walked towards her class. She had Mechanics I first. Charlie would've rather taken a more advanced Mechanics class, but they wouldn't let her until she went through the basic class because it was 'district policy'. She thought it was a dumb policy considering the amount of farmers kids with prior mechanical experience that weren't allowed to advance without going through a class where they knew everything taught.
Charlie entered the class and sat down. The first weeks of class were in a class room going over basic engine parts and stuff like that. She pulled her pencil out and chewed on the end nervously still feeling on edge.