I have spent countless hours of my youth roleplaying Erin Hunter's charming (and quite often dark) series and I miss all the Warriors roleplays that used to be so popular!

So. To try and coax people back; I have spent a long time trying to think up a refreshing story line and these are what I came up with....

Please ignore the choppy, vague writing of these plots. I put a lot of thought into them and didn't have the stamina to rewrite them into a more reader friendly format.

Leaders fall in love
When the scandal breaks out
Medicine cat begins to poison cats as revenge.
Was in love with one leader and was told it would never work because of their positions
Cats from both sides begin to die as the medicine cat tries to pit the leaders against each other
Medicine cat apprentice is used as a slave to do his work; bullied into silence
The two Clans begin to morph into a military of sorts, each clan against each other
with their leaders in the middle, now aware they can do nothing to stop the bloodshed.
Deputies rise to power and imprison their leaders claiming that they are no longer fit to lead.
Meanwhile the medicine cat sits back and watches his plan unfold.
His ultimate goal being the destruction of his enemy so that he can ascend the throne and capture his lover.
The deputy of the other clan and he were once close and they work together to finalize his plans.
The battle begins and the leaders are forced to sit atop a hill and watch the madness unfold
Both are very weak; the medicine cat sends herbs to them and secretly poisons the ones meant for his enemy.
Seeing this, the apprentice runs after them to try and stop it but is tackled by the medicine cat and before he/she can get there they've already eaten them, however the poisoned ones went to his love instead.
She collapses as the medicine cat runs for her confessing his sins and he goes and stops at her side.
Saying all he wanted was her love.
Enraged and torn by his medicine cat's actions against both clans his leader tackles him even in his weakened state.
The fighting stops as the two clans see whats happening; they gang up on the enemy deputy who has joined the fray to try and save his friend.
As they then go to save the leader he insists they go to his love.
She is almost gone and the two clans watch as the light fade from her eyes.
They turn to find the other leader collapsed on the ground; the medicine cat nothing but a corpse now, his friend not far off.
Both clans carry him home, informing him of his love's death. He insists they leave him there and they insist he may day over night. “So be it” he grumbles and they leave him to mourn her.
Expecting to find him dead the next morning they are surprised to find him alive and the leader buried.
Collapsed. They carry him home they agree to form a new clan in the honor of both of their leaders and they combine their names as proof of their bond.

Kits are disappearing as youngsters
returned mysteriously as stone faced adolescents with a dark past (Four male kits)
they each carry a claw mark scar; the sign of evil clan
They claim they come with instructions from the heavens
They begin passing righteous judgment on clan mates.
Eventually rising to deputies, they set their sites on the leadership
As they rise to power a band sets out to try and find the clan to the west (Four females, each fond of one of the males)
they find a militaristic clan spreading the word of StarClan to uncivilized minds
They are quickly found out and pushed into this new lifestyle.
In no time they can feel their minds changing, they try even harder to maintain their real selves
One day while on a hunt the group makes a break for it, even though they now live in separate parts of this massive clan.
After several days, they finally find one another and return to their home.
Now desolate and dark, the clans are unified under the rule of the four kits who returned.
With the new four back, they look to challenge their clan mates and break the spell they've been under
The twisted leaders launch the clans on their kin
Apt hunters and fighters the girls recognize the battle tactics their clan mates use now as the ones they were taught at the other camp.
Weaving their way through the throngs of cats they try their best to avoid lethal wounds on their loved ones.
Finally they reach the boys and beg them to stop their murderous ways; however their eyes are dark and unseeing as their childhood sweethearts beg for mercy.
Hearing enough of their words the males jump onto the girls and thus begins a fight between lovers over lost hearts, but try as they might.
The females aren't as heavy and soon the males have them pinned.
As they poise themselves to take the final plunge each she cat cries out one more time; each one sharing a poignant moment from their youth accompanied followed by a proclamation of love.
The tom's eyes clear and are replaced with tears as they take in the carnage below and the almost murder of their loves.
They share their lives at the other clan and how it brainwashed them.
The she cats offer their forgiveness, but the clans are hesitant to allow them to return.
Deciding its for the best, the four of them and a few friends with whom thy were closest to leave to go make their own clan somewhere else.


There is trouble in StarClan
Sure it has happened before, but this is different
StarClan has always been a safe haven for both the living and the dead.
But now the dark souls that have played key elements in their loved ones lives are rising to power
Once striding along in darkness, they now hunt in the same sky as those most revered for their deeds and whats worse their influence on the living is getting stronger and stronger.
Cats are turning against their natures and chaos is beginning to ensue down below
Stopping them should be the obvious course of action
But that's not how everyone else feels.
A faction believes that StarClan must function as it always has
If darkness is to overcome them than that is how they have always functioned; through prophecy and the mysterious way the world works.
Even they cant change that.
But there is another faction gathering that is seeking to fight off the dark members of StarClan and return the celestial clan to its former glory.​


So, that's it ladies and gentleman.
Thats not all set in stone; I was just really trying to show that I have a decent amount of vision in place for this topic.
I am open to opinions and ideas of course.....

I just wanna make something work!
Last edited by a moderator: Jun 26, 2015 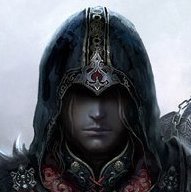 Lord of the North Wind

I have RPed Warriors before. In fact I still RP it a bit though my interests have wandered elsewhere. Nonetheless, if the plot is detailed and dark enough it'll definitely pique my interest.

I started out Rping Warriors. My cat rose to be leader. Skullstar was loved and respected by many Clans. I didn't start out on ant rp site. It was a game, a war game. The group I was in was a RP clan and they only did Warriors. I started out as a warrior, then the clan owner quit the gane, leaving the clan to me, automatically making me leader. It was touch and go from there. I did what was best for WolfClan, but intrest faded and it fell. I joined another Clan and gave Skulkstar a warrior name again. Yet again she became leader there. Other llied Clans then wanted me to travel to them to help pull thier Clans together. Skullstar became a leader of many Clans. I had no intention to become leader when I began, it just happened, repeatedly. I'd like to bring Skullstar back, though it has been too long, I forget her warrior name.