Original poster
The world fell to pieces, no one knows how, or why, and frankly, no one cares.

Five events happened at once, that was when the world went to hell. Alien ships crashed across the globe, the skies darkened under a horde of winged beasts, Graveyards and Masoleums were uprooted amongst the undead, the forests of the world were overrun by overly vicious and intelligent animals, and the infected ran rampant across the cities.

But that was just the start of the problem. Most of the human race was wiped out when these events occured. The rest divided, some try to survive and work together, the rest went insane.

That's how the world stands now, it's a mess, and what's worse, we don't even know how many people are alive outside our valley. What most of us agree on, is we need to work to keep this valley as safe as possible. There's five things we need to do to keep this place safe. There's a skyscraper where those flying beasts live, the city ruins are close to it, the infected still roam there. One of those alien ships crashed and it's been mutating whatever is around it. The forest at the mountain's base is teeming with those super beasts. Lastly, some old catacombs were uprooted by the undead.

We need to solve this, and fast.


Make your character and please vote for which area you would like to start with.

Character Name:
Gender:
Job/Role:
Age:
Equipment (If they are carrying a lot, give them something realistic to carry it in)
General Appearance:
General Personality:
General History: 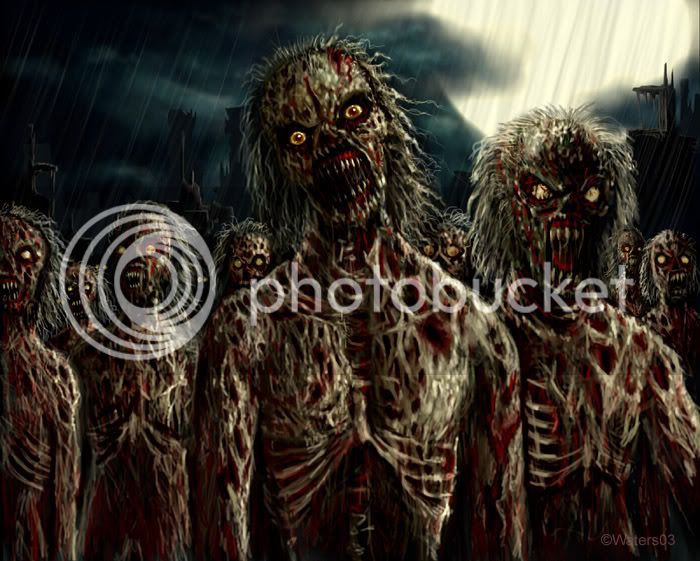 Slow and determined, these zombies move with some unknown will. Though much of their nature is unknown, their condition is not contagious. 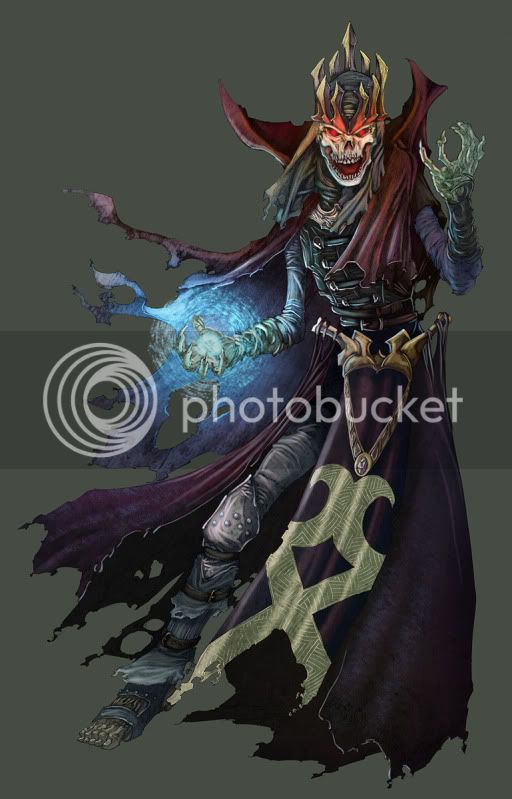 Undead with dread powers. They seem to be able to control the zombies, but their death does not stop the zombies movements. Liches are the most individually powerful of the undead. 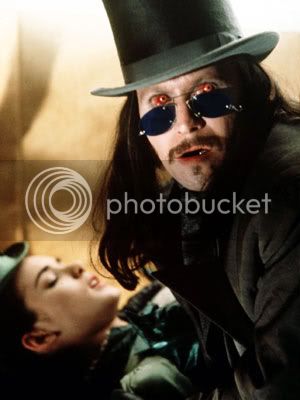 Vampires are the trickiest undead, they can occasionally masquerade as humans, and they can be stronger than humans. 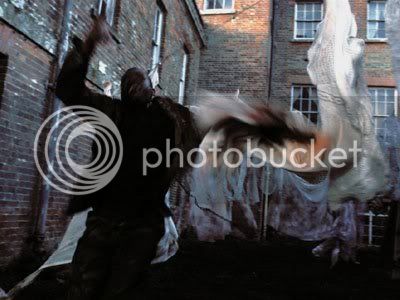 The enhanced are, for all intents and purposes, human. For some unknown reason all they can do now is kill. 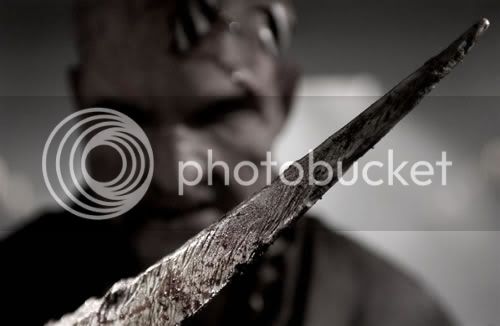 Even more dangerous than the infected, the enhanced are more durable, and something warped their skin and bone into weapons. 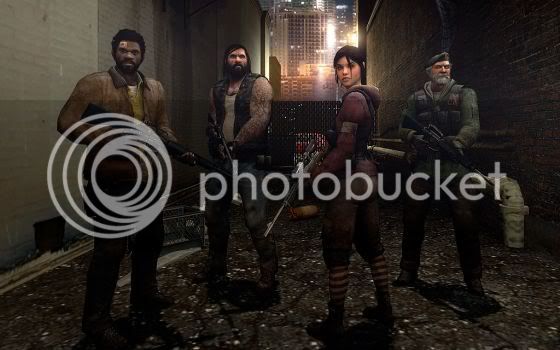 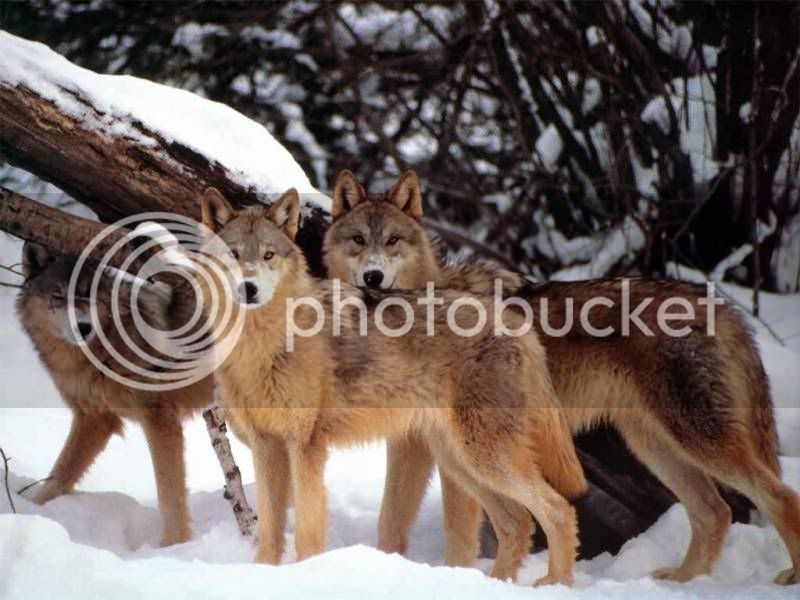 The most intelligent of the animals. Packs are calculated in their viciousness. 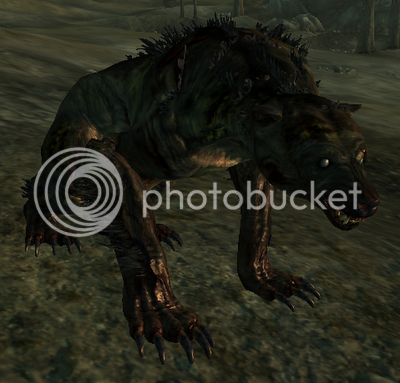 The strongest of the animals, they're body is deformed from all the added muscle and only patches of fur remain. 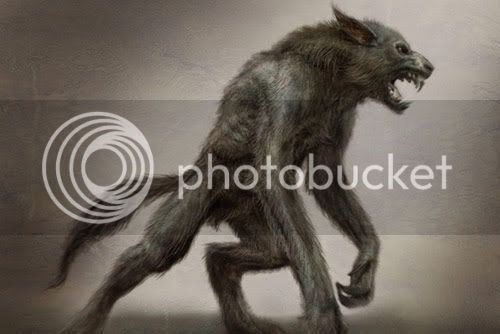 Monsters are somewhere in between packs and brutes, intelligent and powerful, but there are never more than two together at one time. 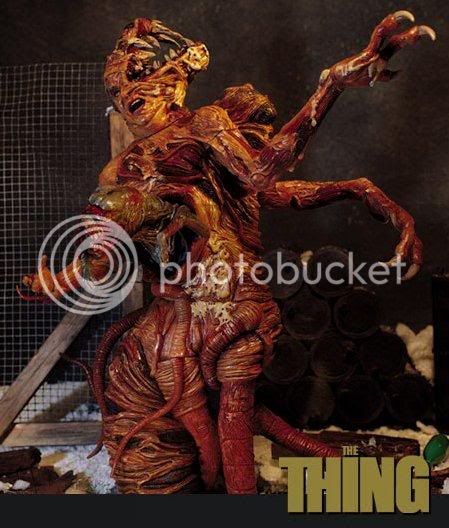 Mutated are humans that were affected by the crash of the alien ship. They are completely changed from their original form and extremely violent. 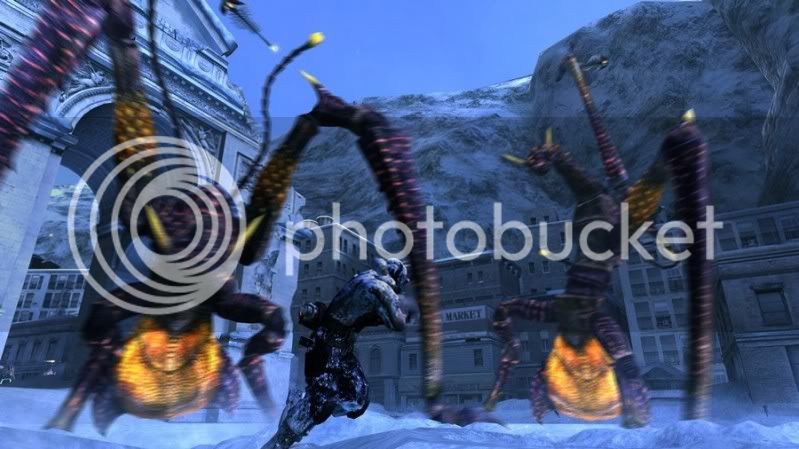 the alien beasts are hunters in nature, however they are not particular about they're prey, they will attack anything living they find. 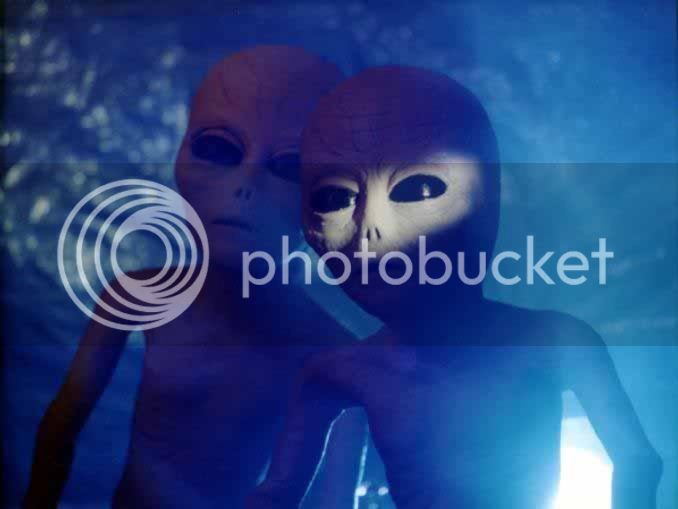 The grays are super intelligent, their greatest strength is their tactics and equipment, but they are physically fragile. 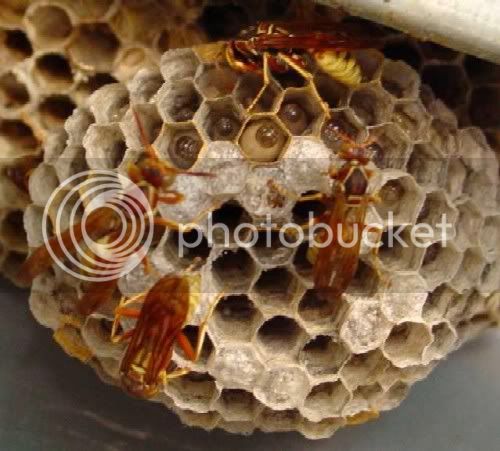 The insects range in size from swarms of regular insects to gargantuan insects. 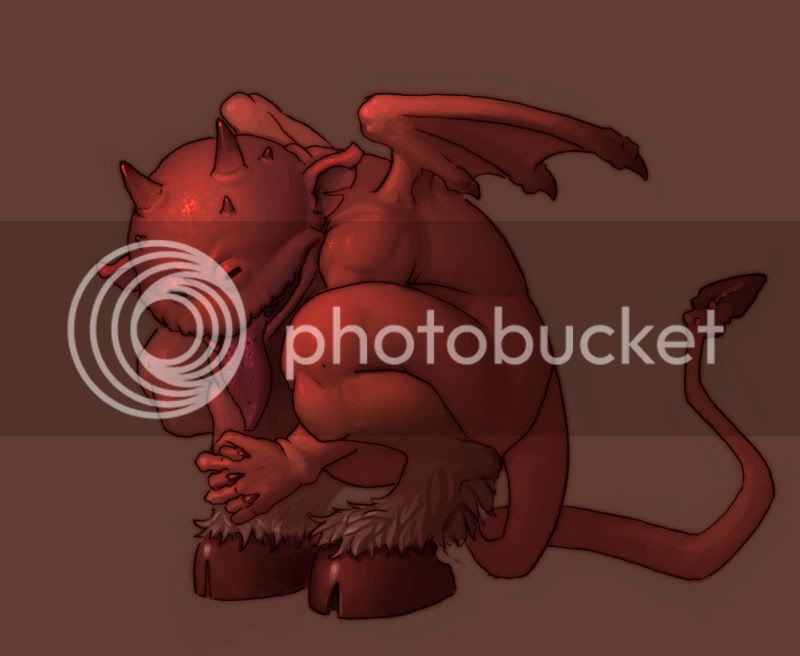 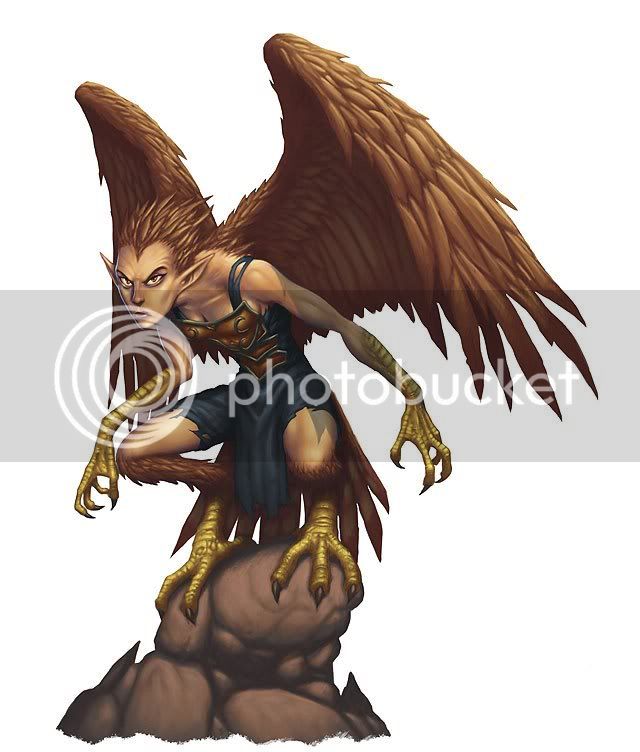 Small beasts range from imps to harpies, and anything in between that has wings. 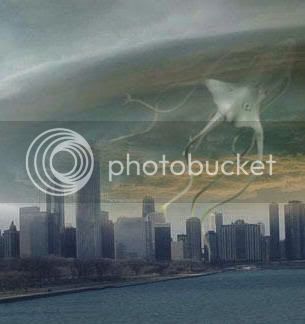 The Large beasts are abstract, and only threaten the tallest structures. There is no real set way they look.
A

General Personality: Slater has survived for as long as he has through strict observance of his situational awareness. As such he prefers to work alone, usually in a support role. He avoids combat if at all possible.
General History: The sole survivor of 2/7TH Battalion, 3RD Marine Expeditionary, Slater became a loner after his spotter was killed by a Sleeper. He has become paranoid of everyone as a direct result.

Jesus, that's a lot of work to take care of!

(Jess, is that Malbro man? Looks like him)
A

Original poster
No, it's not. All I did was type in 'Marine' in Google and that was one of the image results.

Carried in a small backpack, Evy has disposable equipment, seeing as how she can't always readily disinfect items.

General Personality: Sweet and caring, but a little distracted and down at times. Her mood will waver sometimes to being pissed for no reason it seems.
General History: Evy is a product of what one would call in the movies "The chick who could survive through the entire horror movie because her husband left her". Her anger at the situation kept her alive thus far. Hard to believe she's still running on that anger, seeing as how she had watched one of the mutants destroy her husband of four years and their child. She was a gentle housewife, softspoken; now she is able to cuss like any other. She stayed with her neighbors for five days before she left without a word. She travels and usually is with a different group every five or six days. During that time, however, she will do her best to nurse the people around her.
G

Original poster
The Skyscraper seems like it would be the most climactic. I think it would make a good conclusion. *votes for the forest*

Original poster
City, Catacombs, Forest, Skyscraper, Alien Ship, I think. I think i might join this... I've been wanting to try an apocalyptic rp, and since it looks like Feedback abandoned their Flare one...
P

Vay and Shewolf, look forward to you joining.
L

Original poster
Question! Because I fully intend to play a human...I'm just curious... what if we wanted to play like, a sleeper or a vampire or something? Would this be useful to your plot or a hindrance?
A

Original poster
Oh, if she changed while Slater was around he'd be the first to put two in her chest and one through her head.
P

Original poster
That would be a hindrance Shewolf.

If you did make a sleeper or vampire, that character would only be good for one of the five scenarios, and no, "vegetarian" vampires aren't allowed either.

Really though, I'm wanting people to play humans because honestly, that's what the story was geared towards.

If I was going to use a similar setting allowing those characters, it would be after they had exhausted their primary food source (humans) and had to fight the other groups for survival.

On a side note, if you were a sleeper, I wouldn't tell you that, you wouldn't control when you turned, and you lose control at that time. Infected don't really have choice, all they have is kill.
J

Original poster
I will join, this looks interesting...
P

And I would like to add one more thing for when this RP gets started. This situation would be very stressful, so it would be plausible that your characters would go Psychotic. I'm simply putting it out there as a possibility, but it's up to you.
A

Original poster
I can't help but think of the Psych Gauge from MGS 4: Guns of the Patriots.

Will someone puke when they get over stressed?

I DEMAND AN IC!
P

Original poster
well, it would be helpful if the others would post up there characters.

I'll try to get the IC up by the end of the weekend.

There you go.
M

Original poster
Is it still too late to join?
P