Hello! I've not been around for some time as an active member but have been sort of lurking and reading forums. Occasionally something grabs my interest but it seems the few RP's I choose to follow don't get very far. Thus why I bring forward an idea I've been working on for some time now. Allow me to explain:

The short version, irreversible greenhouse destabilization has made earth uninhabitable for humans, forcing them to live in space build homes, the lack of resources from earth has pushed them even further to rely on technology and science, creating a society of new humans that rely heavily on technology to survive. These humans have set out to explore the universe for a habitable planet. 300 years after, they find a planet habitable for human life but the planet is already populated by its own native species. The new humans, after years of orbiting the planet, now look down at this huge terrible new world for which they are destined but not in control of. And whatever their fears, they have no other choice but to land and hope for the best.

Utopia is a captivating planet steep in mystery where anthropomorphize animal life reigns supreme. Its rich biodiversity has evolved within the last century, it has multiple ecosystems: scorching deserts, cool mountains, dense woodlands and forests, immaculate lakes and rivers, abundant jungles, and the unexplored caves sustaining unclassified organisms. The peoples of Utopia are known as Utopians, the natives are intelligent animal creatures. Utopian civilization is composed of two opposing factions: Roliati and Haliatan. Their religious deference and conservation have divided the planet for the last three-hundred years. And believe the mysterious extraterrestrial beings, the Visitors, now bring a new threat to their world.

There is more backstory to what I'm bringing, which serves only as the setting for what you can add to the story with your character(s). And I want to give players the freedom to play on either side. If I see some interest I will work on a proper presentation. 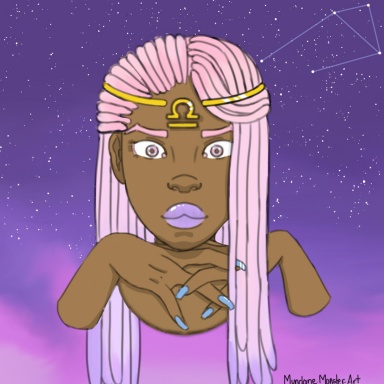 Do you have a visual reference for the utopians?
(I'm interested though!)

Cosmic Penguin said:
Do you have a visual reference for the utopians?
(I'm interested though!)
Click to expand...

My version of the natives is a proposal. I'm not against you introducing your own.

There are four distinctive races that have build their own civilizations on Utopia, each claiming an ecosystem where they thrive supreme over the others. I named them Felids, Hominidae, Squamatas, and Ursine.

The Felids are catlike people, imagine the Na'vi from avatar, except my version they have the natural skin of Sphynx cats, which they tattoo and pierce and paint with symbols that have meaning to them. Felids are indigenous to the desert regions of Utopia, which explains why they are hairless, and extend a Dynasty south of the Great River. When I think of their civilization I see the great Dynasties of Egypt.

The Hominidae are very similar to gorillas and homo-erectus, they are big and bulky, all muscle, of dark blue skin under their furs, which they shave except on the top of the head. They adorn their bodies with gold jewels, and the woman sparkle with diamonds and stones encrusted on garments made of flora and fauna. They are the most human like civilization on Utopia, a Monarchy, indigenous to the woodlands and forest regions in cities made of stone. Think Mayan civilization.

The Squamatas are snakelike people, with scaly skins, human like upper body and snake tail for legs, they have tremendous upper body strength, dual wielders and archers mostly. This species is indigenous to the jungle, living in underground labyrinth cities, and the eerie caves of Utopia. They are tribes made of clans, clan ties follow matrilineal blood lines. Think American Indian, Anazazi people comes to mind.

The Ursine are bearlike people, think chewbacca from star wars, indigenous to the mountainous northern regions, where above zero degrees Celsius is summer time. Tall hairy people. Living nomadic lives, rarely seen in desert areas, but known to camp in jungle and forest during winter time. No other race, besides the humans, has seen their mountain city.
Reactions: Hannah is Fire. She is Death. 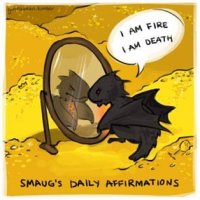 Posting Speed
1-3 posts per day, One post per week

So you basically took Avatar, Thundercats and Earth 2 and just cherry picked elements from each one...

Chris_Reaper said:
So you basically took Avatar, Thundercats and Earth 2 and just cherry picked elements from each one...
Click to expand...

Nope. Never seen thundercats or earth 2, and the similarity of avatar and the felids species stops at that they are both catlike people. The images are just visual references so that people get an idea. We are not roleplaying a mix of fandom content.

I've written a timeline for the humans, have added professions, and now I'm working on writing the timeline of other species. Though I think this roleplay would best be played if each player takes on a civilization. Being as we would be fighting for territory and resources.
Show hidden low quality content
You must log in or register to reply here.
Share:
Reddit Pinterest Tumblr WhatsApp Email Link
Top Bottom